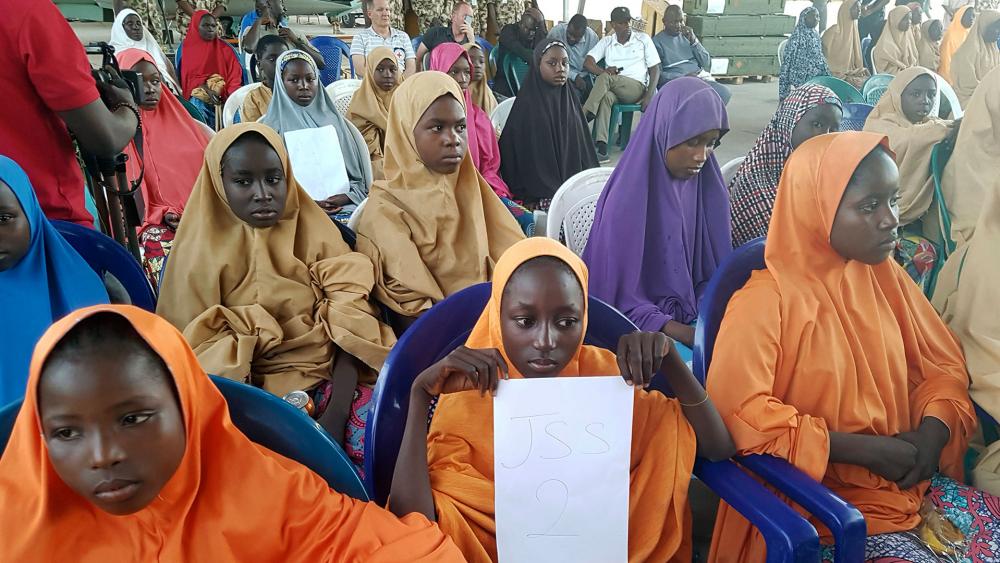 A Christian girl named Liya Sharibu is reportedly being held captive by Islamic terrorists in Nigeria because she refused to renounce her faith in Jesus Christ.

On Wednesday, the terror group known as Boko Haram returned 101 of the 110 girls who had been abducted from their school in northeastern Nigeria last month.

One of the girls freed by the terror group said Sharibu wasn't released because she was a Christian.

"She was held back," Khadija Grema said. "We were freed because we are Muslim girls and they didn't want us to suffer, that is why they released us."

16-year-old Amira Adamu Mohammed, who was also among those released by the jihadists, told reporters that Boko Haram intended to keep Sharibu "until she converted."

"If she converts, they will release her," Mohammed said.

Mohammed and the other girls were kidnapped February 19 when 50 armed men stormed a school in Dapchi, a town in Nigeria's Yobe state.

Sharibu's father, Nata Sharibu, said some of the released girls told him that his daughter refused to renounce Christ and that's why she wasn't set free by the terrorists.

"My daughter is alive but they said she is a Christian and that is why they cannot release her," Sharibu told RayPower 100.5 FM, a Nigerian radio station. "They gave her the option of converting in order to be released but she said she will never become a Muslim."

Boko Haram, which in local Hausa language means, "Western education is forbidden" is a radical Islamic group that openly calls for Sharia, or Islamic law to be instituted in Nigeria.

Sharibu said he was happy for other parents whose daughters were freed, and added: "I am also happy too because my daughter did not denounce Christ."

“It is painful to note that Liya Sharibu the only girl that still remains with the Boko Haram is said to be the only lady that refused to renounce her Christian faith," Rev. Ayo Oladapo, of the Christian Association of Nigeria, said in a statement to a local newspaper.

"It is painful that the government, civil society organization, human right activist kept mute on the only Christian girl that is still held captive," Oladapo added. "We, therefore, demand that President Muhammad Buhari and all his security outfits should without delay facilitate the immediate release of Layi Sharibu."

Boko Haram believes it is against Islamic law for girls to go to school.

On Wednesday, armed men driving in nine vehicles brought the girls back and dropped them off in the center of Dapchi.

Terrified residents emerged from their homes to suddenly see the freed girls.

"Their abductors brought them, dropped them outside the school and left, without talking to anyone," said an eyewitness.

The extremists reportedly said they released the girls out of pity but warned parents to never put their daughters in school again.

Nigerians took to social media using the hastag #FreeLiyaSharibu to urge for her release.

Liya Sharibu must be brought home alive! What happened to Liya Sharibu is an indication that this country is running only for the Muslims. Why is she left behind, is it a crime to be Christian? This country is for us all. Free the girl!

"Why is she left behind, is it a crime to be Christian?" asked Bewaji on Twitter. "This country is for us all. Free the girl!"

"Because she stood up for her faith and she was held back. No way!" exclaimed Mbadiwe J. " She must be released. She stood up firm for the gospel and we won't let her down."

Because she stood up for her faith and she was held back. No way! She must be released. She stood up firm for the gospel and we won't let her down. A Christian Soldier! @MBuhari release our daughter liya Sharibu now! @obyezeks @AISGWtweets @amnesty pic.twitter.com/Mh2FUml9Qq

Nigerians on Facebook also reacted to her continued captivity.

"I stand with her faith and join together with the faith of all the Christians in this country interceding for this girl and I declare that God will liberate her," Seyi Vic commented on Sahara Reporter's Facebook page.

At this point, Liya's father says he wants his daughter safely back in his arms.

"Boko Haram insurgents decided not to release my daughter because she refused to denounce Christ,” Sharibu told reporters. “I am happy for that, even though as a father I wish she had returned home as the rest. But God is in control. 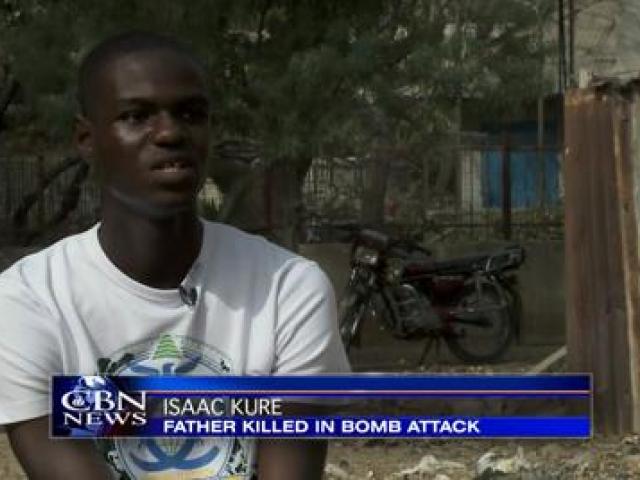