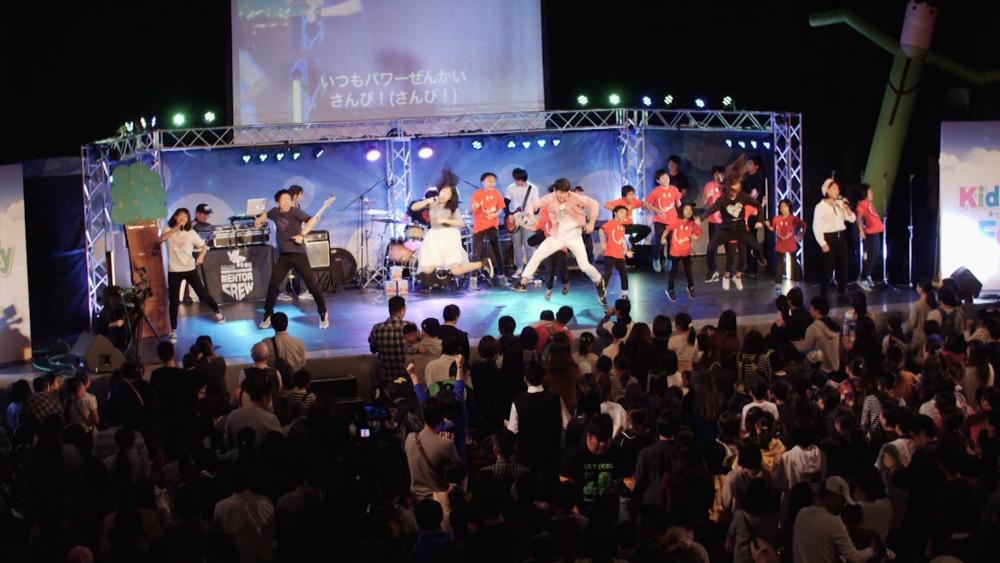 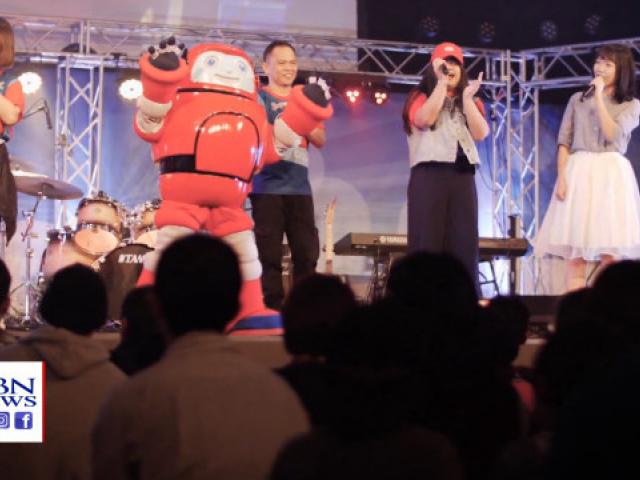 TOKYO – In its second month airing on Japanese television, CBN's Superbook is gaining more and more popularity. This past weekend, Superbook was featured at the Joy Joy Festival – the largest evangelistic event in Japan for kids and their families.

Approximately 2,000 kids and their families attended, about half of them not part of any church. Church goers grab the opportunity to invite non-Christians to the concert, not just for entertainment but to hear the good news of God's love.

A special attraction this year was Superbook's Gizmo – or "Robik" as he's known in Japan. The audience seemed excited with the Superbook DVD sets they received.

Participating in the Joy Joy Festival is great way to promote Superbook, now airing on national television in Japan.

John Tan, CBN regional director for Japan, describes the airing as a miracle and a great favor from God.

"The words 'impossible' were told to us to get it on air," Tan explained. "After the Tokyo gas attack, attributed to a cult many years ago, there was a lot of confusion as to what Christianity and other religions really stand for. There was difficulty to get religious programs on air.

"But after seeing Superbook, the quality of animation and (that) the stories really help children, they've allowed us to be on air."

Niimi Sachico, international division head with Word of Life Press Ministries said the way Superbook is made is "very unique."

"And the people don't know the whole story of the Bible and they are looking forward to listen(ing) to the stories every week. I think they (the stories) nurture both the parents and the kids. They learn together and apply (it) to their daily lives," Sachico said.

In addition to watching Superbook on television, some churches, like the Tokyo Horizon Chapel, are using the animated Bible series in their Sunday School curriculum.

"One of the big issues for the youth and the kids is they don't have any hope – what to do in the future," said Pastor Daishi Takita, head of Tokyo Horizon Chapel's Sunday School. "But we do know that the church has the real hope in Christ. So it's very important for us Christians to reach out to them to tell them the real hope they can have. This way, Superbook can be used very effectively."

Kids enjoy sharing what they learned from Superbook in Sunday School.

"The lesson I learned from Superbook is to put Jesus first in everything I do," said Shiori Saito.

Another student, Rintaro Yanashita, said, "I love the part of the resurrection after Jesus died on the cross because Jesus is the one who forgives our sins and died on the cross. I invite my friends to our home to watch Superbook. I hope they tell their mother about Superbook so they can get to know Jesus."