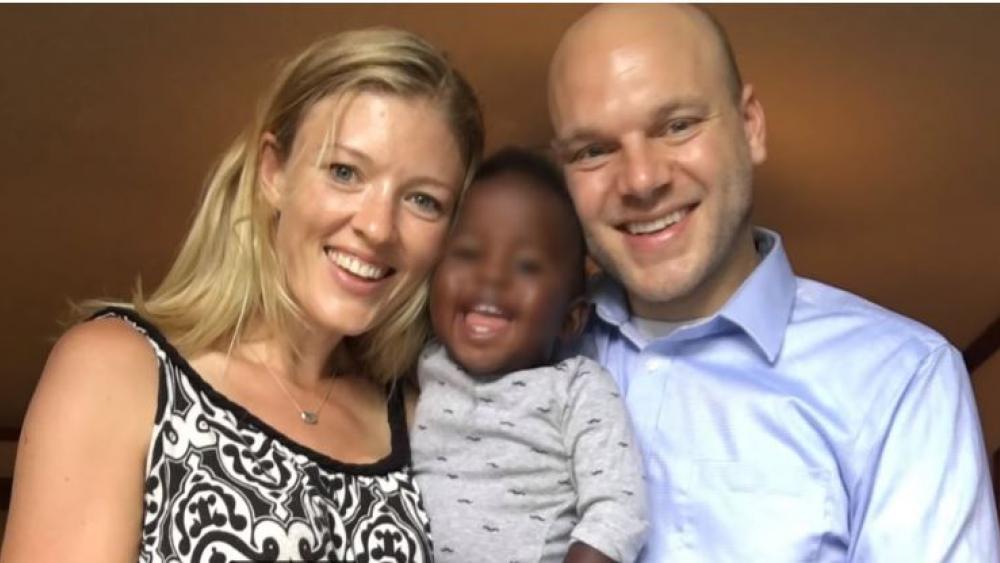 Matt and Daisy Mazzoncini holding their three-year-old who was taken from them last week. (Screenshot: Lightworkers/YouTube)

Every parent’s worst nightmare happened to an American couple a week ago in Kenya. Matt and Daisy Mazzoncini became the legal guardians to a three-year-old boy in April 2017 after he and his twin were abandoned in a plastic bag outside of a prayer center in Kiambu, run by a friend of Daisy Mazzoncini. After caring for him and paying for medical treatment, the couple was awarded joint legal guardianship.

On the night of Friday, April 5, eleven alleged DCI officers raided their home in Westlands and took the boy with no explanation or documentation. The couple still does not know where their son has been taken, and Americans are rallying behind them as they work to use habeas corpus to get the child back.

According to The Star, the real trouble began when the Mazzoncinis applied for adoption after they were told it may be possible to “get an exemption from the moratorium on adoption.” They had to do many interviews with the Child Welfare Society, where they were ultimately accused of child trafficking and creating false records to make it look like the child was sick. However, the boy had continuous epileptic seizures in September 2018 and was advised to go abroad for specialized treatment.

Right before they were due in children’s court to apply for permission to take him to the United States, a group of people dressed as government officials came and demanded to take the boy. After the abduction, the DCI sent out a tweet claiming responsibility for the kidnapping and credit for the boy’s “rescue.” The tweet has since been removed.

The couple still does not know where their son has been taken, and Americans are rallying behind them as they work to use habeas corpus to get the child back.

The American embassy has since gotten involved and one of the alleged DCI officials collected medicine from the embassy for the boy on Sunday.

Matt Mazzoncini is a former senior executive of Starbucks and Daisy has been a missionary volunteer in Kenya for the past three years. The couple has reportedly spent Sh1.5 million for the boy’s medical procedures and care. When Matt demanded to see a court order from the kidnappers, he was allegedly told, “’This isn’t America; this is Kenya.'”

Americans have rallied around the couple, sounding the alarm and spreading awareness to reunite the boy with his legal guardians so he can receive life-saving medical treatment and perhaps be adopted into their family.

This article is courtesy of Lightworkers. LightWorkers’ mission is to create engaging, uplifting and inspirational content that breaks through the clutter, building a community of sharing and igniting a movement in the real world that motivates people to celebrate and share the good all around them.