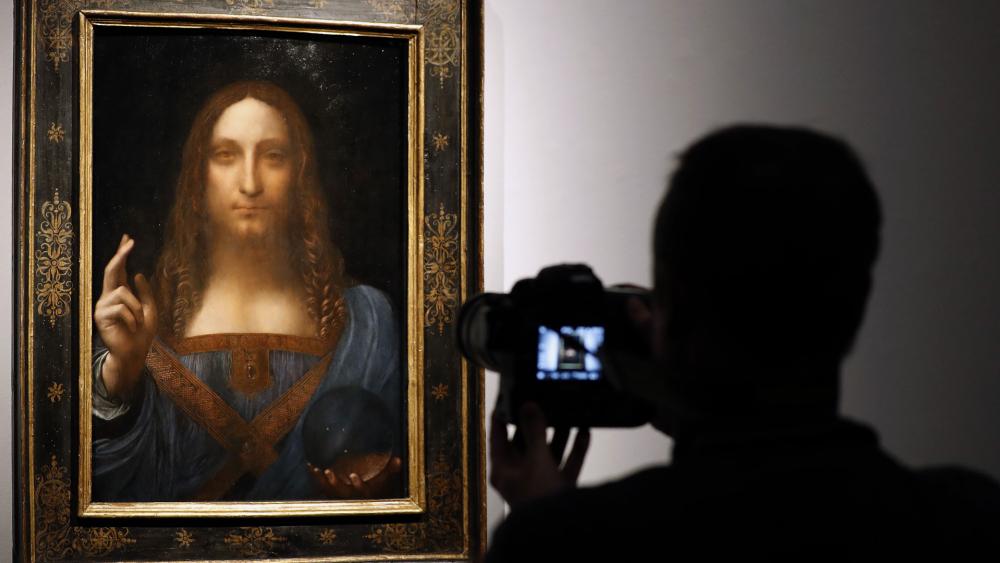 The most expensive painting ever sold at an art auction is missing. And it seems no one can account for it.

A painting of Jesus Christ which art historians believe was done by Leonardo da Vinci was purchased by an anonymous buyer for the Crown Prince of Saudi Arabia in 2017 for $450 million.  The painting called "Salvator Mundi" was to be exhibited at the Louvre Abu Dhabi.

One month after the auction, The New York Times reports the museum's culture department announced the painting would be displayed as a part of its collection. Last September, the painting was scheduled to be unveiled, but the event was canceled with no explanation.

The Louvre Abu Dhabi's culture department and staff have refused to answer any questions about the painting. Also, an official at the Louvre in Paris, which licenses its name to the Abu Dhabi  museum, told the Times their staff has been unable to locate the "Salvator Mundi."

In addition, both museums refused to provide a comment to the Times.

Believed to have been painted around 1500, the painting's provenance even includes it being listed in the inventory of King Charles I of England's collection after he was executed in 1649, the newspaper reported. The painting then disappears from the historical record sometime in the late 1700s.

However, the heavily painted-over artwork later turned up in the collection of a 19th-century British industrialist. Art historians at the time surmised it was the work of one of da Vinci's students.

Then in 2005, two dealers saw it at an auction in New Orleans and brought it to Dianne Modestini, a professor at New York University's Institute of Fine Arts and a conservator, the Times reported.

Modestini restored the details, stripping away the overpainting, and repaired damage to the wood panel.

In 2013, the painting was bought by Russian billionaire, Dmitry E. Rybolovlev for $127.5 million who auctioned it off at Christy's in New York four years later.  At the time of the Saudi prince's purchase, some art historians were skeptical the painting was one of da Vinci's works.

Rumors abound in the art world as to the exact whereabouts of the painting. One story currently circulating is it was taken to Europe after payment was made.

Modestini said that she had heard from a restoration expert that he had been asked by an insurance company to examine the painting in Zurich last fall before further shipping.

But the examination was canceled the Times reported and the expert declined to comment.

"After that, the trail goes completely cold," Modestini said