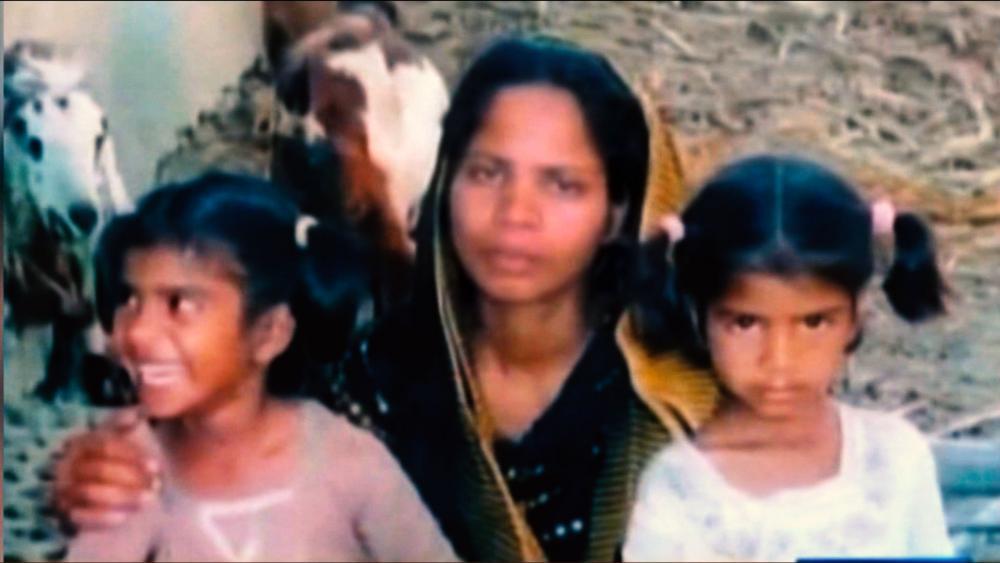 Now that Pakistan's Supreme Court has upheld its acquittal of Asia Bibi, clearing her of all blasphemy charges, she is reportedly heading to Canada to join her family.

After spending more than eight years on death row, falsely accused of insulting Islam, the Christian wife and mom says she's grateful to officially be granted her freedom.

"I am really grateful to everybody. Now after nine years, it is confirmed that I am free and I will be going to hug my daughters," a friend, speaking on condition of anonymity out of fear for his safety, quoted Bibi as saying following the ruling.

Meanwhile, Wilson Chowdhry of the British Pakistani Christians Association warned Bibi's ordeal is not over, saying it will take time for her to adjust to life outside of prison.

"Asia has been incarcerated in isolation for over nine years, close to 10," he told CBN News' Gary Lane. "Now this woman has been bereft of family; she's been away from any friends. Conversations would have been minimal with the cleaner that may have passed by for five minutes."

With that in mind, Chowdhry is calling for believers around the world to pray for her emotional healing.

"You can imagine her mental state is not going to be the same as it was previous to her incarceration," he said. "We need to pray that she is given time to heal and that the Lord restores her completely."

Bibi isn't the only believer to find herself targeted by the Muslim nation's draconian blasphemy laws. Chowdhry is urging believers to pray for 18 other Christians still being held on blasphemy charges in Pakistani prisons.

"Everyone is familiar with Asia Bibi's case, but there are so many others," he said.

For instance, Pakistani brothers Qaisar Ayub and Amoon Ayub were sentenced to hang this past December after one of them was falsely accused of committing blasphemy. Both siblings had twice fled to Thailand in hopes of avoiding such a harsh penalty. However, the UN Refugee Agency in Thailand, taking its queues from UK's 'Country Guidance for Pakistani Christians' policy, refused to grant them asylum.

Now the UK Charity British Pakistani Christian Association is calling for a review of what they view as the UK's flawed guidelines.

"How did they end up sentenced to death for alleged blasphemy, when they clearly required refugee status?" Chowdhry asked.

*You can see more of Gary Lane's interview with Wilson Chowdhry on "The Global Lane" tonight at 9:30 pm ET on the CBN Newschannel.