Remember Myriam? The Little Girl Who Forgave ISIS Is Back Home, and Forgiving Them All Over Again 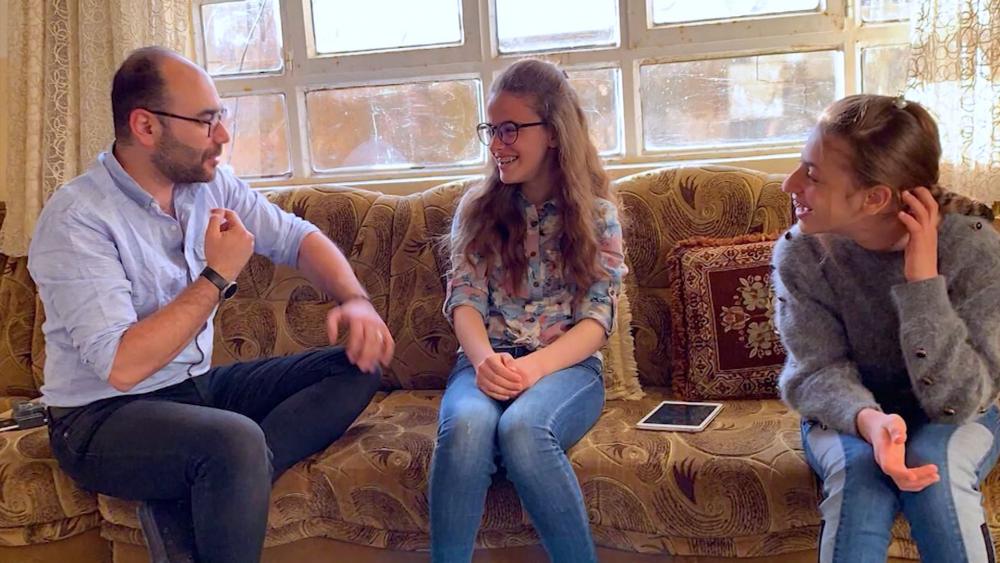 Today is World Refugee Day, a time when the world recognizes the plight of 68 million displaced people around the globe.

One refugee we introduced to you four years ago was a little girl from Iraq. Myriam's story went viral, touching people around the world when she said she forgave ISIS for chasing her family from their home.

At that time, Sat 7 Reporter Essam Nagy asked Myriam, "What are your feelings towards those who drove you out of your home and caused you hardships?

Myriam responded, "I won't do anything to them, I will only ask God to forgive them. Watch that touching interview below:

Now that ISIS has been driven away, Myriam has been able to return to her home in Qaraqosh.

Myriam told Sat 7 that when her family came home, they discovered that Islamic State jihadists had stolen many of their possessions.

But the depth of Myriam's faith is still amazing, and despite living many years as a refugee, she says she still forgives her ISIS persecutors.

You can hear more from former Iraqi refugee Myriam on Thursday night's episode of the Global Lane. It aired on the CBN News Channel at 9:30 Eastern.

Years ago, Myriam and her sister Zomorod learned many Christian hymns from their mother Alice. She told CBN News back then, "It seems like the Holy Spirit put in their hearts to love those songs and dedicate this part of their personality to love God and praise God."

BELOW Watch Myriam and her sister singing a Christian song: