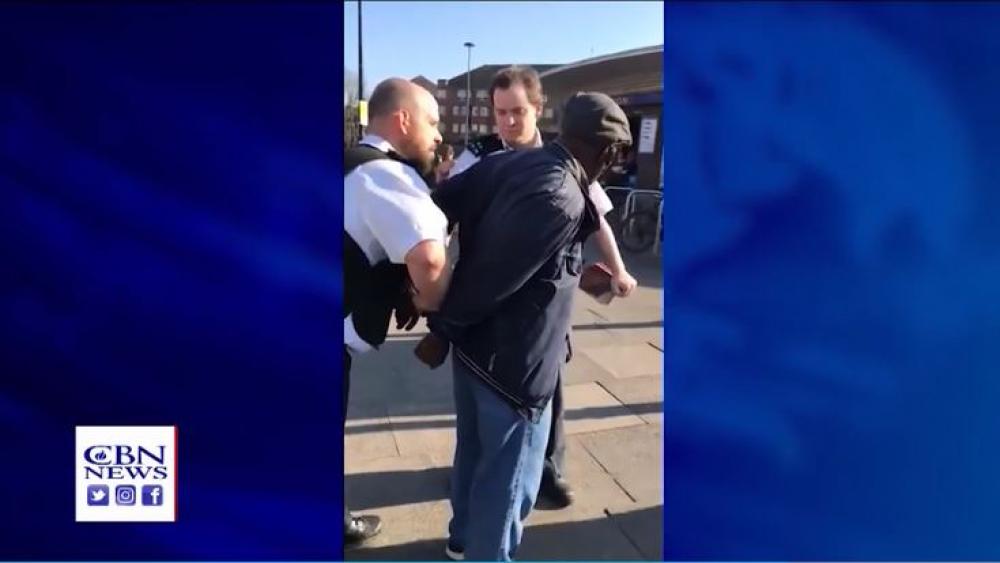 This screenshot taken from video shows London Police arresting Preacher Olu in February. He was accused of breaching the peace and Islamophobia. (Image used with permission courtesy: Ambrosine Shitrit)

London’s metropolitan police have finally admitted to removing a street preacher from his location and transporting him over five miles away in order to stop him heralding the gospel.

As Faithwire previously reported, Oluwole Ilesanmi was preaching outside Southgate Underground Station in North London when he was approached by police and arrested for “breaching the peace.” After marching out of the area, law enforcement transferred him by car to a remote location over five miles away from where he was. Lost and with no money, it was only through the kindness of strangers that Olu managed to find his way back to Southgate.

Street preacher Olu update: As Olu was driven away from the scene of his arrest, it was clear to him that the police wanted to take him as far away as possible so that he could not return and preach.#StreetPreacher #FreedomOfSpeech pic.twitter.com/p3UPWDRTci

“As Olu was driven away from the scene of his arrest, it was clear to him that the police wanted to take him as far away as possible so that he could not return and preach,” said British anti-persecution watchdog, Christian Concern, who have taken on Olu’s case.

The group noted that after the Met Police dropped Olu off “at the edge of their jurisdiction at Wrotham Park outside of the London transport zone,” he found himself penniless and unable to navigate back to a familiar area. “With no money on him, a member of the public pays for Olu’s bus ticket back to High Barnet,” added Christian Concern.

Upon finally returning to his original spot, Olu began to preach once again. “Olu, now able to use his Oyster card, gets on another bus to take him back to Southgate tube station where he starts preaching again without any further interruption,” CC explained.

The police, scrambling to rescue the situation, issued an updated statement on Olu after initially stating that he had been walked 200m away from the scene by the responding officers. “As the man indicated that he wished to continue his activities at Southgate tube station, officers felt it necessary to take the man some distance from the station in order to prevent a breach of the peace at that location,” they said.

“All I wanted was for them to understand the Word of God,” Olu told Christian Concern after returning to the scene of his arrest.

Since Olu’s story went viral, Christian Concern has launched a petition urging the British government to do more in order to protect the rights of the street preacher.

“Christian street preachers should be free to share the gospel, even where it means challenging the beliefs of others,” the group noted.

“The law rightly protects freedom of speech, even if it offends, shocks or disturbs others. But too often, police officers have shown themselves either to be ignorant of this freedom or unwilling to uphold it. This leads to a chilling effect, where people are increasingly unwilling to say what they believe, for fear of arrest.”

Andrea Williams, founder, and chief executive of Christian Concern, told Faithwire that she hoped that the petition would help “protect the freedom of street preachers” by ensuring that police officers only use their powers of arrest when this is absolutely necessary.

“Street preaching in the UK has a long, storied history. Open air preaching is the only way to guarantee that all the public is given the opportunity to respond to the love of Jesus Christ,” Williams told Faithwire.

“But despite laws that theoretically support the freedom to preach in public, in practice, police officers are quick to silence preachers after any suggestion (often false) of Islamophobia or homophobia. This is not only unjust but kills free speech through self-censorship. We want to see police officers protect the freedom of street preachers by only using their powers when truly necessary.”

Williams noted that CC is asking “people across the world to stand with us on this issue by signing the petition.” 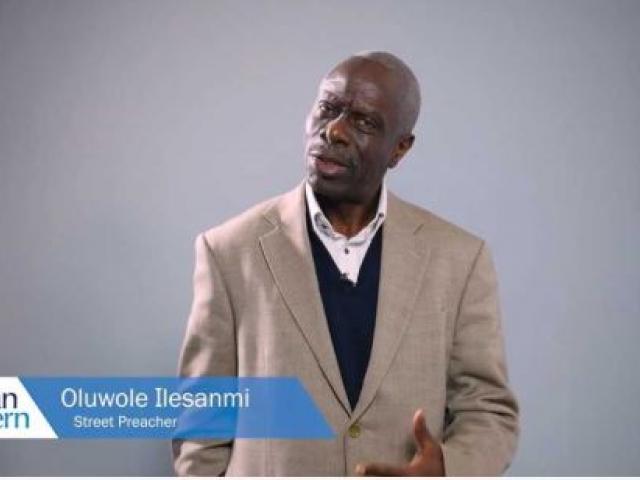