Scared of the Potential Danger to the Planet, Some British Women Go on 'BirthStrike'

A group of women in the United Kingdom has decided against having children due to the fear of climate change or other environmental disasters.

Around 60 women have joined the group which calls itself BirthStrike.

According to the WMD.com, BirthStrike has its own declaration, which all of the women have signed.

"We, the undersigned, declare our decision not to bear children due to the severity of the ecological crisis and the current inaction of governing forces in the face if this existential threat. Insecurity of future, despair at our species' relationship to our habitat and each other, channeling time into activism and rebellion, are all common motivations."

"I'm terrified. Our planet is in a kind of collapse," Blythe Pepino, 33, told the BBC regarding why she founded the group.

"The natural world is collapsing around us and that's actually happening right now. And I'm so disappointed by the response by authorities to this crisis, and so freaked out by it. Everything I've read that basically last year I came to the decision that I couldn't bring a child into that," she explained.

On her website, Pepino, a singer, tells her reasons for not having children.

"I do have a partner and would like to have children with him. We're really in love and it feels like the right thing to do," she wrote.

"But last year I read the latest report from the Intergovernmental Panel on Climate Change (IPCC) and I realized how wrong it would be to bring a child into a world on the brink of catastrophe. Now we are looking for other women and men who feel the same way to join us," she continued.

"It's a very hard emotional message to decide not to have kids but I hope it might break through the fear and diffidence that surrounds this subject. There is a powerful cognitive dissonance around climate – our everyday lives seem normal but we are talking about a major destructive event," Pepino concluded.

Alice Brown of Bristol, England was among the first to join BirthStrike.

"I am depressed every day because of the ecological crisis and I'm terrified of passing this burden on to a child," she explained in the group's video posted to YouTube. "There could be 10 percent of nature left when my child is growing up. That is incredibly dangerous. We're already at the tipping point and I can't see a safe world for children."

As CBN News reported, just last week US Rep. Alexandria Ocasio-Cortez (D-NY) questioned if it is morally permissible for people to give birth to children because of climate change.

Ocasio-Cortez's comments seemed to have to do with one thing: the promotion of her radical Green New Deal, a progressive pipe dream that would entirely eliminate the country's carbon footprint within 10 years. 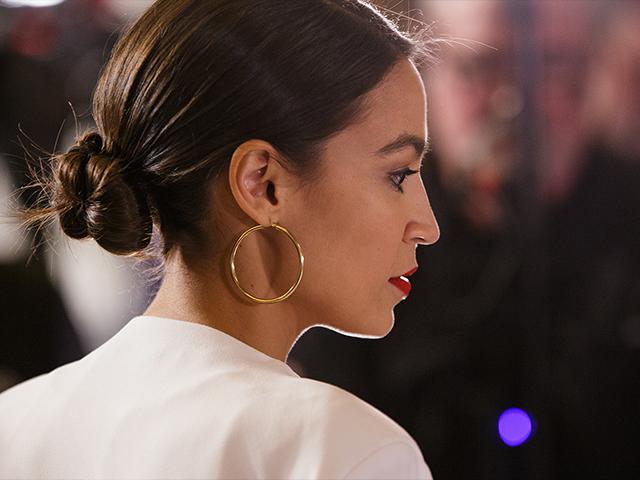