'We the Church Are Actually Better Together': Pastors Unite Across the World Gather to Push PEACE Plan 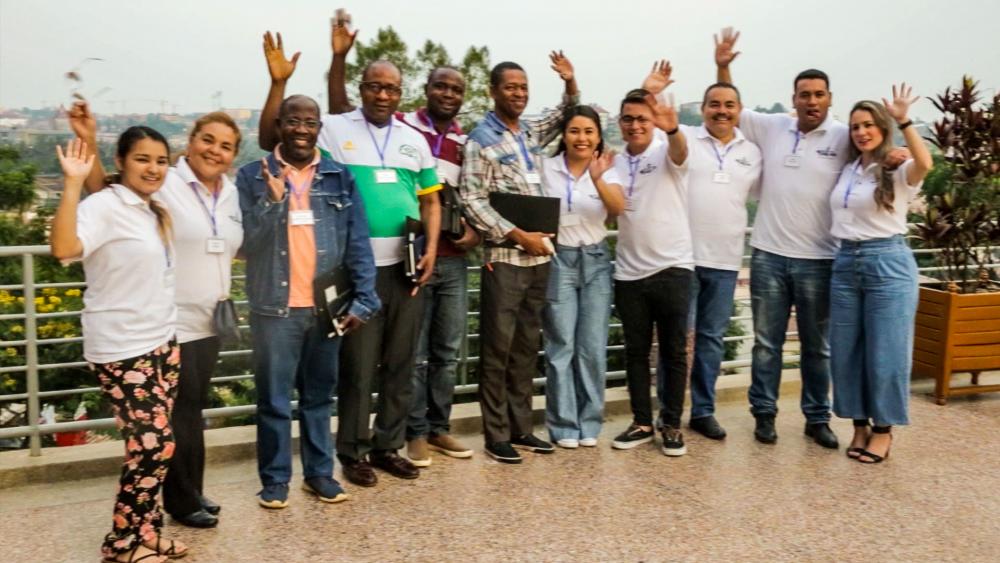 Pastors at the 5th Annual All Africa Conference in Rwanda (Photo: Saddleback Church)

The 5th Annual All Africa Conference recently took place in Rwanda. Leaders from 12 American churches and 19 African nations, plus Costa Rica, and Brazil partnered to bring tools and training for church, health, and community transformation. Nearly 150 delegates were in attendance at the Rwandan conference.

Established by Saddleback Church, led by Pastor Rick Warren, the conference continues an effort that began roughly 15 years ago. The effort was a strategy called the PEACE Plan which brought together Rwandan churches from all denominations to transform their nation.

The results of peace and growth in the nation have caused several other nations throughout the world to join. This year alone, 25 more nations are set to launch the strategy.

Many American pastors attended the conference to see how they could partner with the vision. Several became an International Church Partner (IPC) to help lead a nation. Becoming an IPC presents an opportunity to work with and through indigenous churches. The effort allows the churches to grow in church health and become self-sufficient to tackle their own challenges in sustainable ways.

"The vision of making heroes in other nations rather than trying to be the hero, and teaching people with the knowledge that we have, that vision is compelling to us," said George Bedlion of Whitewater Church in Puyallup, Washington. "This is a movement based on coming together across boundaries, and it's answering the question of how we the Church are actually better together. A lot of people say that, but the PEACE Plan demonstrates how we're better together. You can see it in the results – lives that are being transformed."

Some of the American pastors were surprised to see how similar they were with the pastors from other nations.

"When we met the pastors from Namibia, we realized we were of the same DNA," said Steve Galmore, senior and founding pastor of Tennessee Valley Community Church in Paris, Tennessee. "They are desperate for what I was desperate for when we planted my church – they want not just to own the gospel, but to move the gospel. We don't want the church just for us, we want it for our community and for our country. God truly brought us together."

Rev. Marty Shea, senior pastor of Village View Community Church in Summerfield, Florida for 34 years, was about to retire when he decided to attend the gathering. After attending, he feels called to another aspect of ministry.

"In my prayer time I asked God to take me out of my comfort zone, smash the little box I put Him in, and expand my territory," said Shea. "I was thinking, 'There's no way you'd ever ask me to go to Africa.' And here I am!"

"I see in this a way I can give back since God has been so faithful to me," he shared after accepting to partner with eSwatini (formerly Swaziland).

Rev. Dr. Nicolas Guerekoyame-Gbangou, president of the Religious Confessions Platform in the Central African Republic, was so blessed by the conference that he called his country's president on day two of the gathering.

"I have to tell you," he shared. "I've found something that has the power to transform our country."