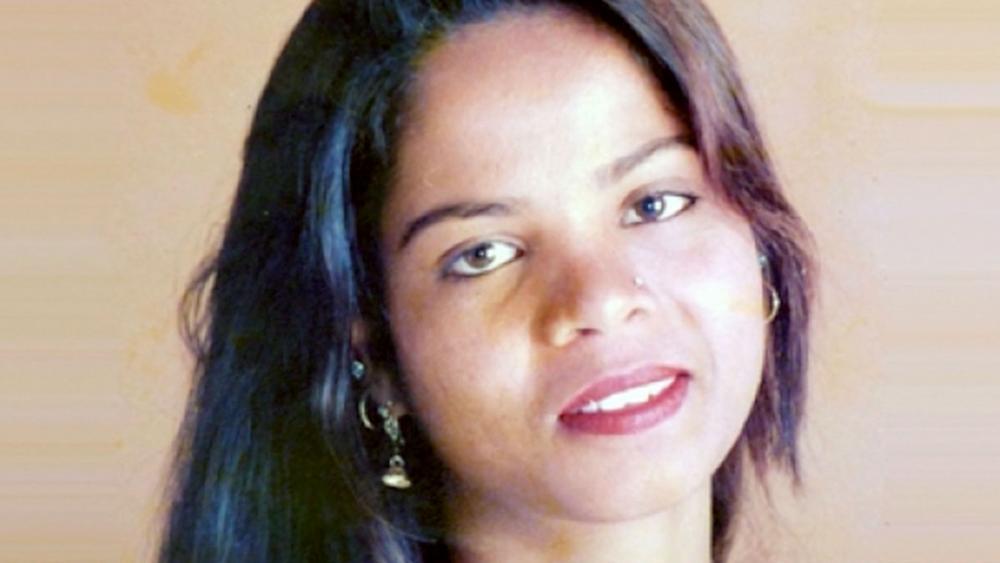 Asia Bibi, a Christian woman who was held on death row for eight years in Pakistan, is a free woman.

Her lawyer, Saif-ul Malook said the mother of five is finally reunited with her daughters in Canada. Wilson Chowdhry of the British Pakistani Christian Association told The Associated Press that he received a text message from a British diplomat saying Asia "is out."

Officials at Pakistan's interior and foreign ministries also confirmed her departure from the country on condition of anonymity.

The US State Departments applauded her release and issued a statement rejecting Islamic blasphemy laws.

.@SecPompeo: The United States welcomes the news that Asia Bibi has safely reunited with her family. The U.S. uniformly opposes blasphemy laws anywhere in the world, as they jeopardize the exercise of fundamental freedoms. https://t.co/QQ5SQdI0cI

Bibi was acquitted of blasphemy last year after Pakistan's Supreme Court overturned her 2009 conviction. A coworker accused her of insulting Islam after a dispute. Blasphemy is a crime punishable by death in Pakistan.

Bibi remained in protective custody until she finally fled the Islamic country.

An assassin murdered Salman Taseer, the governor of Punjab province, in 2011 for defending Bibi and criticizing the abuse of Pakistan's blasphemy laws.

Taseer was shot and killed by his own guard, Mumtaz Qadri.

Qadri was executed for his crimes but he is hailed as a hero and martyr by radical Muslims in Pakistan. Millions visit a shrine dedicated to him in Islamabad every year.

Pakistan's minister for minorities, Shahbaz Bhatti, was also assassinated in 2011 after demanding justice for Bibi.

According to the BBC, Christians make up only 1.6% of the population in that Islamic country. Scores of Christians have been convicted of blasphemy since the 1990s.

At least 65 people have been killed in Pakistan since 1990 for so-called blasphemy against Islam.