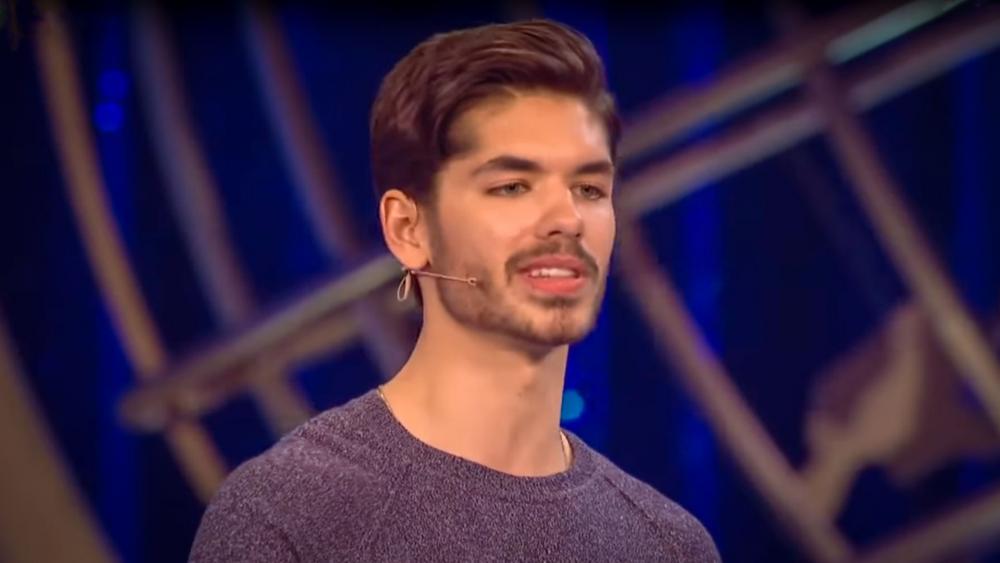 Lakewood Pastor Joel Osteen watched his son Jonathan become the third generation of Osteens to preach at the Houston-based mega church during the 60th anniversary of its founding Sunday.

The 20-year-old Osteen used the opportunity to preach about God's faithfulness to his family since Lakewood's founding in 1959 by his grandparents.

"What God's done in the past is a foundation for what He's going to do next. That's why we could sing, 'for everything we've seen there is more to come.' What we've seen is extraordinary, what we've seen is miraculous. God shows us these things so that we'll have the faith for Him to do even greater. So that instead of looking at our situation we'll remember what we've already seen," he continued.

It began in a converted feed store and had a few dozen attendees.

Now, the church boasts tens of thousands of members and is one of the largest and most recognizable churches in America.

John urged his son Joel to take the mantle and become a preacher. Joel rejected the offer because he preferred to stay out of view.

However, he eventually decided to walk in his father's footsteps and he's encouraging his son Jonathan to do the same.

"When I see our son, Jonathan, up here ministering now, I didn't think I would be a minister, now my son is a minister!" Joel said. "It's 3 generations, look what the Lord has done, that's the goodness of God."

Jonathan posted a heartfelt happy birthday message of gratitude to his father the next day on Instagram.

"I've always loved my dad, but I have a new appreciation for him after speaking my first message. He works diligently and gives his best every week. I've seen God honor that more times than I can even remember," he said.