Multi-Millionaire Who Hated God Gets Radically Saved, Now Helping Christians Level Up in Business and Christ 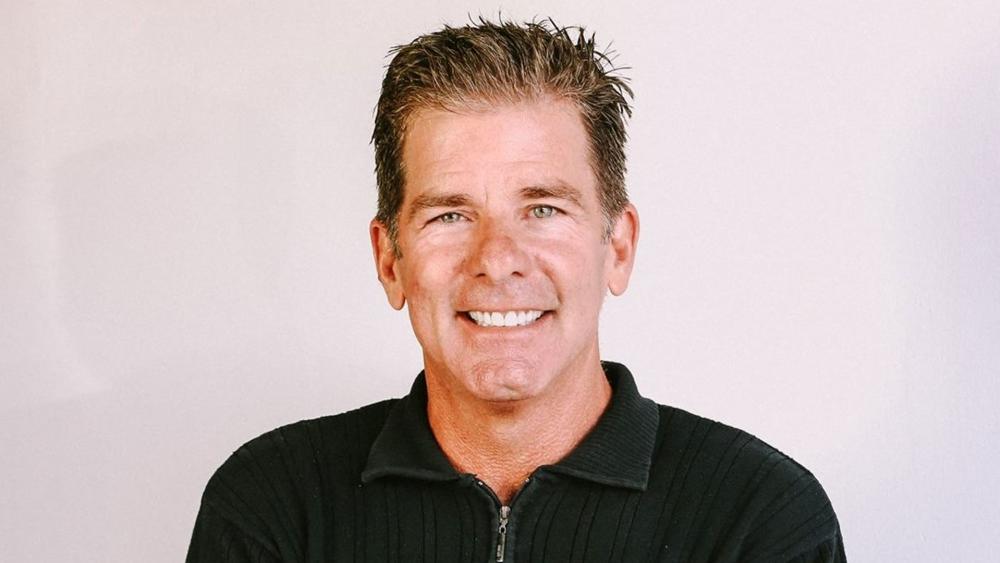 Michael McIntyre reached success most people only dream of achieving. A private jet. Multiple assistants. Tens of millions in revenue.

Everything changed, however, when his little daughter became ill.

Michael didn’t know it, but he’d had an army of people praying for his salvation for quite some time. They’d pretty much kept it to themselves because, in his words, he wanted “nothing to do” with born again Christians. When he looked around at the world and saw rape, chaos, murder, evil – he assumed there’s no way a good God could exist in the middle of all that.

Watch my interview with McIntyre (continue reading below):

He was living the good life of success and admits much of his identity was wrapped up in business accomplishments. Shortly after graduating and then a stint in the Air Force, Michael hit it big in the insurance industry.

“I had an insurance agency, we were one of the biggest in the country. I wrapped up a lot of my identity in the success of being the CEO of a big company. It was hard to turn that off sometimes. I’d come home and still bark orders – but then I’d have to take out the trash. It was humbling,” he explains.

He would’ve been the absolute last person on earth to predict he’d one day sell his business and become a leader in a church and founder of a faith-based event called Next Level Experience.

“I ran from Jesus for a long long time,” Michael says. Everything changed, however, not long after he sold the company.

Michael grew up Catholic but had trouble reconciling the reality of evil in the world. “I was very successful financially, but I did not like anything to do with evangelical Christianity. I figured there was God but I didn’t see Him as holy because of all the things going on in the world – death, rape, wars and that kind of thing,” he explained.

Little did he know, his entire world was about to be turned upside down. His brother, unbeknownst to him, had been praying for a long time. Praying, specifically, for his brother to be saved. With an army of over 1,000 prayer warriors, Michael’s brother was about to see his prayers answered.

“One day my daughter got really really sick. We took her to the hospital and spent 8 hours in the ER and it was really difficult. At the end of the day, we were exhausted — but she was ok.”

The harrowing ordeal reminded Michael of something his mother always said to him when he was younger. “She said whenever something good happens, thanks God.”

As he arrived home, mentally and emotionally drained from the health scare they’d endured throughout the day, Michael remembered those words from his mother.

“So I went outside and thanked God for about an hour. I was so thankful. I kept thanking him.”

Michael thanked God over and over. But it was later that night that things got really interesting. “That night I had a dream, and in this dream, this voice spoke to me in a language I did not understand. I didn’t tell my wife about it, but I called my brother to tell him about this dream,” Michael explained.

My brother understood the dream immediately and started crying. “What does it mean?” I asked. “You’re welcome,” he answered.

That was it. From that moment on, God opened Michael’s eyes. While the process since that time hasn’t always been easy – God promises it never will be – he’s still grateful.

“For the first time, I read the Bible and was just weeping because I could understand what it said,” Michael says. He lost some of his old friends who didn’t understand his heart change.

“I probably needed to,” he says pensively.

God wasn’t done there, however. It was just the beginning of something entirely new – something Michael never dreamed he’d do in a million years.

Given his background in insurance and leading lots of seminars, his pastor asked him to lead a retreat for the church. He did so, and says the Holy Spirit downloaded a very clear vision for something he just had to do.

That’s when Next Level Experience was born.

Now, Michael is helping Christians re-ignite their faith and discover who God really designed them to be in life. “I never thought I’d work in a church or be an executive pastor or anything like that,” Michael admits.

It’s always exciting to be around people who are on fire for the Lord. Michael is definitely one of those people, and he’s taking that energy and fire to Next Level Experiences all around the country.

What kind of people will find NLE appealing? As the website explains:

“If YOUR life is technically “working” but you feel stuck. You work hard but you are tired of living a mediocre life. You know that deep down, something is calling you up. You had dreams but you’ve compromised or settled, and your soul has never stopped stirring. You know that God has something bigger for you but you are afraid of what is holding you back. You are seeking radical excellence in all aspects of YOUR life: relationships, spirituality, health, and finances. If any of these things resonate with you, Next Level Experience is designed specifically for YOU!”

“We’re not a hospital by any stretch,” Michael says. “They maybe have been stuck in a rut or a job or a career. A lot of people want to start a business. They need something to help jolt them into that next level.”

He continues: “What happens in these three days? You get to look in the mirror and really see who you are. Most people forget who we are because we live in a fallen world. We put these personas on — but what happens is, God wants you to learn how He made you. He’s the manufacturer. So we reveal that to people, exactly who God meant you to be. It’s transformative.”

If you’re feeling like you’re in a rut with your faith walk – a frequent stumbling block for many Christians is being lukewarm – perhaps this is the event you’ve been looking for.

The next event is June 28-30. Check out www.nlebegins.com for more information and schedule of upcoming events.