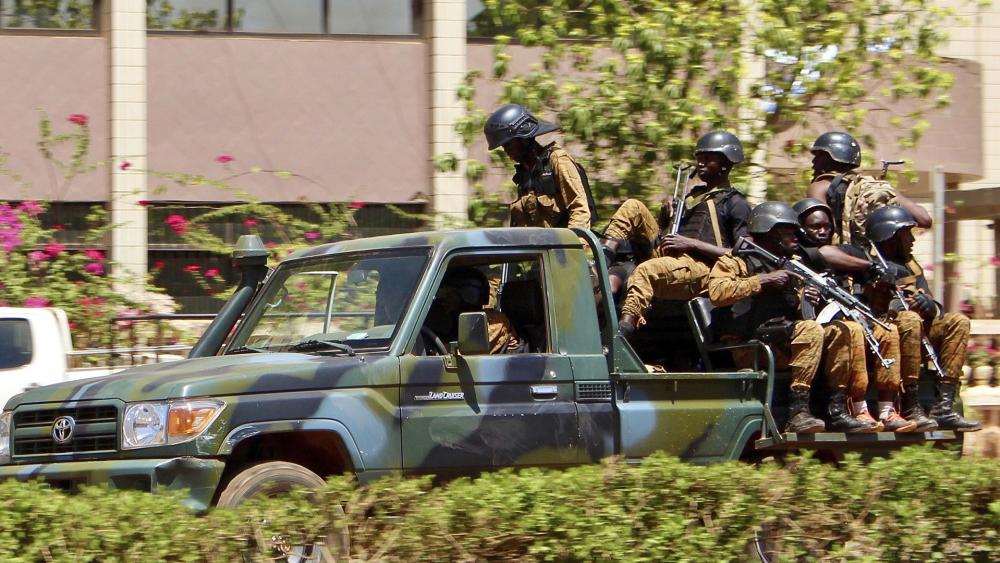 Islamic terrorism has been on the rise in Burkina Faso for the past few years. These government troops are responding to a 2018 bombing attack. (AP Photo)

OUAGADOUGOU, Burkina Faso — A Burkina Faso government spokesman says six people, including a pastor, have been killed in an attack on a Christian church in the country's north.

The violence took place Sunday in the village of Silgadji, not far from the volatile border with Mali.

Urbain Kabore, the communications director for the Sahel region of Burkina Faso, said Monday that the six people were slain after Sunday services.

There was no immediate claim of responsibility though violent Islamic extremism has been increasingly destabilizing the country. A number of jihadist groups are known to operate the area.

Authorities said that in a separate incident in the east of Burkina Faso, five teachers were shot to death Friday.

The Islamic extremists also have targeted foreigners, abducting and killing a Canadian geologist earlier this year.