Ammar Chose Christ, Then His Muslim Wife Turned Him in to Be Beaten - He Lost Everything but His Faith 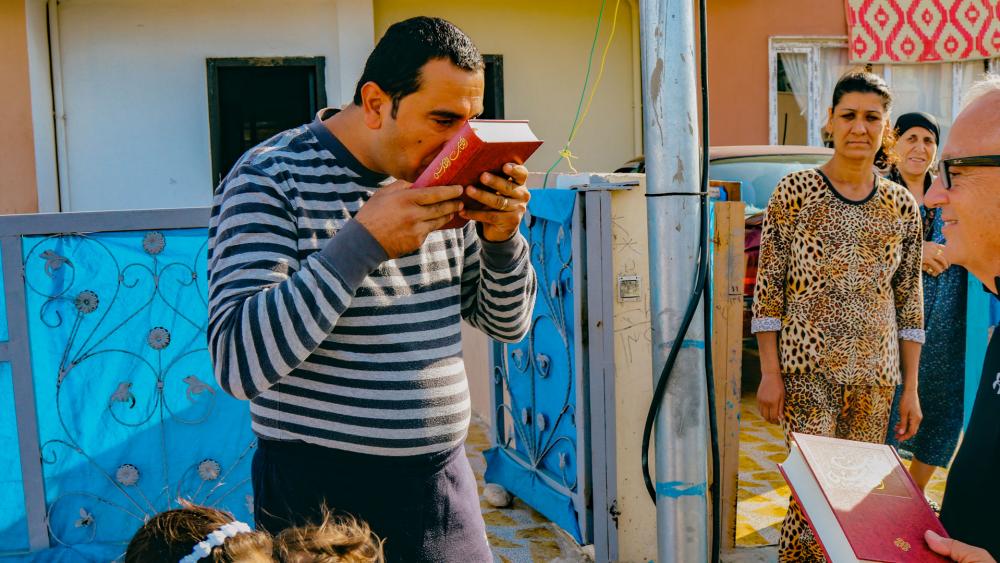 Ammar had the perfect life. He had a beautiful wife, two loving children, a successful career as a teacher, and he lived in a prominent city in Iraq.

I've changed Ammar's name for his protection because he eventually lost everything in order to follow Christ.

One night when Ammar was watching television, flipping through the channels, he discovered a Christian TV show. Intrigued, he watched even though he and his entire family were Muslim. He had been taught that being a Christian was wrong, but hearing the Gospel piqued his interest.

Secretly, he continued to search out answers to his questions. He visited churches, talked to different Christians, and finally attended an evangelistic meeting. After talking to one of the pastors there, Ammar gave his life to Christ.

Not long afterward, Ammar was baptized. But he knew he couldn't share that he was a believer with anyone in his Muslim community because that could be a death sentence.

However, the difference in his life was so apparent that his wife finally discovered he had converted. Instead of having mercy, she turned him in to local authorities.

The local officials imprisoned Ammar and beat him daily — almost to the point of death — because he had converted.

When Ammar was finally released, he was broken, bloody, and bruised. All he wanted to do was go home, but he learned that his in-laws had taken his wife and two children and moved them away. They had also issued an official divorce between him and his wife.

Not only did Ammar lose his family, but an official contacted him and told him he had 48 hours to gather his belongings, leave the city, or he would be killed. Quickly, Ammar fled for his life.

Ammar lost everything when he became a Christian: his home, his family, his job, and his status. But he found everything he truly needed — a relationship with Jesus Christ.

Now living in a new city in Iraq, Ammar is working full time in ministry, using his skills as a former teacher to tell others about Jesus Christ. And though he was beaten and abused, he wouldn't change anything about his story.

Nov. 3 is International Day of Prayer for the Persecuted Church. While this day is about praying for those suffering for their Christ, it should also be about celebrating people like Ammar as heroes of the faith and challenging ourselves to be bold in sharing the Gospel as well.

Working at World Help, a Christian humanitarian organization, I hear stories from persecuted believers all the time … and rarely do they ask for prayers that the persecution will stop. Instead, they ask that we pray for them to remain strong and for their faithfulness to be a living testimony to others, even to their torturers!

Let's honor these amazing, brave men and women this Sunday.

Kelsey Campbell writes for World Help, a Christian humanitarian organization serving the physical and spiritual needs of people in impoverished communities around the world. To learn more about faith-based persecution worldwide, click here.