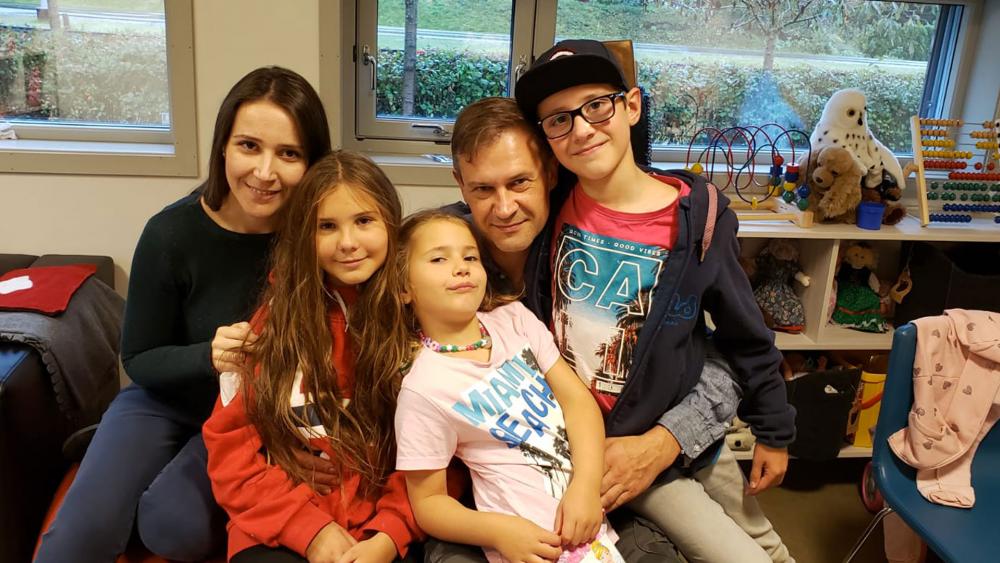 The Shutakovas would learn after this meeting that they had lost custody of their children.
6090074841001
'Our Hearts Are Shattered': Norway Takes Permanent Custody of 3 American Children from Christian Parents

ABOVE: "I want my Mom and Dad back" - In a video obtained by CBN News, young Brigita pleads for help from President Trump to intervene on her family's behalf.

Natalya Shutakova, a US citizen who last year moved to Norway from Atlanta, Georgia with her husband, Lithuanian citizen Zigintas Aleksandravicius, had their final meeting with their children today. They will now be allowed to visit them only 3 times per year.

"Our hearts are shattered, I can't hold back tears," Natalya told CBN News. "Today is a terrible day, another hit to our family."

The couple's three children, 11-year-old Brigita, 9-year-old Nikita, and 7-year-old Elizabeth – all American citizens – were removed from their home by Barnevernet in May, less than a year after the family moved to a town about 70 miles outside of Oslo. "We had our last meeting with our children and right after that our lawyer called and informed us of a decision against us," Natalya said. "But this is not surprising since this court belongs to Barnevernet. It's their court. Now we will appeal to 'Tingrett' which is regular court and there's more chances of winning there."

The children were taken by Barnevernet after the oldest child, Brigita, upset that her cell phone had been taken away as punishment, made up a story at school about being abused at home. She has since said she was lying and made a video for the judge in the case stating that she was lying, but it was disregarded.

On the video, Brigita says, "Now I feel very sorry. I want my mom and dad back. I want my family back."

Natalya told CBN News, "Monday, September 16, I presented Brigita's video in court. The next day, Tuesday, her phone was broken. I have no doubt this was done intentionally to stop her from making these videos, which she was posting on her Tiktok account." Brigita Aleksandraviciute wrote this heartbreaking letter to her parents.

It was Barnevernet that took five children from Romanian and Norwegian parents Marius and Ruth Bodnariu in 2016. Worldwide outrage forced the Norwegian government to return the children. The Bodnariu family then escaped from Norway and have filed suit before the European Court of Human Rights.

Two weeks ago, in the case of Strand Lobben v. Norway, the Grand Chamber of the European Court of Human Rights found that Norway violated the fundamental right to family life through the actions of its child welfare services.

When it comes to parental rights, Norway has by far the most cases of any nation on the docket at the European Court of Human Rights. The tiny nation of five million people has more than two dozen cases pending before the court.

Marius Reikerås, a Norwegian human rights counsel before the European Court of Human Rights, told us, "There is something severely wrong going on in Norway that you are taking children out of the well-working families. We're not talking about child abuse and we are not talking about alcoholism or drug abuse. We are talking about, in general, about normal families that have all the capabilities to provide good care for their children."

The parents must wait a month and a half for their appeal of the decision. "We will miss our son's birthday in 2 weeks," Natalya said. "We are not allowed to see them."

UPDATE: There has been a new development in the case of these American children who were abducted by the Norwegian government last week. Natalya Shutakova says after she sent this CBN News story about her case to the US embassy in Oslo, they contacted her and have requested a meeting with her Tuesday. 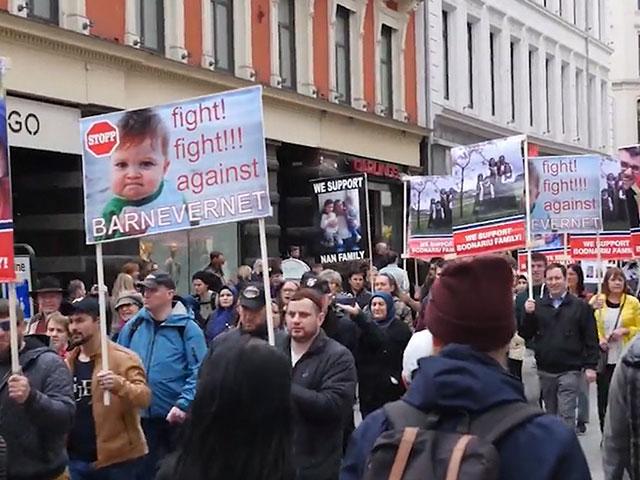