Donald Trump has become the first US President to ever host a meeting at the United Nations on religious freedom.

"As President, protecting religious freedom is one of my highest priorities," Trump told the nations of the world on Monday.

In his keynote address to the UN, President Trump pointed to alarming statistics showing 80% of the world's population lives in countries where religious liberty is threatened, restricted, or even banned.

"When I heard that number I said, 'Please go back and check it because it can't possibly be correct.' And sadly it was 80%," Trump said.

“America stands with believers in every country who ask only for the freedom to live according to the faith that is within their own hearts.”

And followers of Christ are among the most heavily persecuted around the world. In fact, it's estimated that 11 Christians die each day for their faith.

"I mean just think of this, 11 Christians a day for following the teaching of Christ," Trump said.

But he said the problem of persecution is clearly much broader. "In 2016, an 85-year-old Catholic priest was viciously killed while celebrating mass in Normandy, France. In the past year, the United States endured horrifying anti-Semitic attacks against Jewish Americans at synagogues in Pennsylvania and California. In March, Muslims praying with their families were sadistically murdered in New Zealand. On Easter Sunday this year, terrorists bombed Christian churches in Sri Lanka, killing hundreds of faithful worshippers. Who would believe this is even possible?" Trump said.

In response to this global religious persecution, the President announced an additional $25 million in funding to protect religious sites and relics. There will also be a new business coalition focused on workers.

"This is the first time this has been done," said Trump. "This initiative will encourage the private sector to protect people of all faiths in the workplace."

"I think that the fact is that it's not just words on the part of this administration," said Frank Gaffney. "I believe that the President's efforts on behalf of Pastor Brunson made clear that he used the instruments of American power."

Gaffney, CEO of Save the Persecuted Christians, says it's now up to the rest of the world to follow suit.

"The most important message, he very much did deliver on the fact by his presence at this event. He put the nations of the world on notice," he said.

The President urged nations to repeal laws that restrict religious freedom and increase prosecution towards crimes against people of faith.

"To stop the crimes against people of faith, release prisoners of conscience, repeal laws restricting freedom of religion and belief, protect the vulnerable, the defenseless, and the oppressed, America stands with believers in every country who ask only for the freedom to live according to the faith that is within their own hearts," he said. 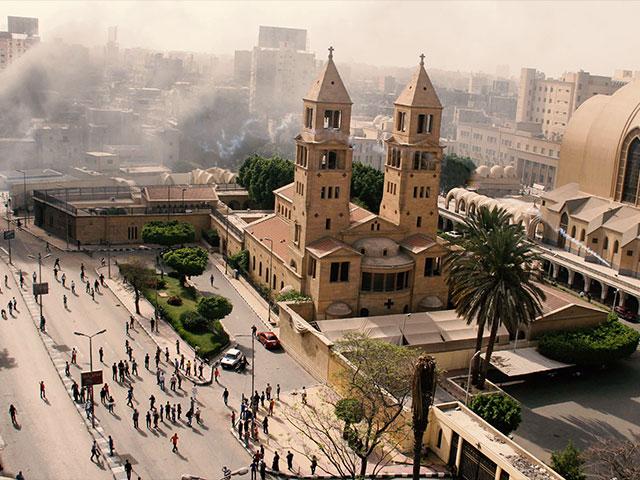 Global Persecution Report: 'Christians Are the Most Persecuted ...and It's Accelerating'
CBN News Email Updates