China’s People of Faith: Canaries in Xi Jinping’s Coal Mine 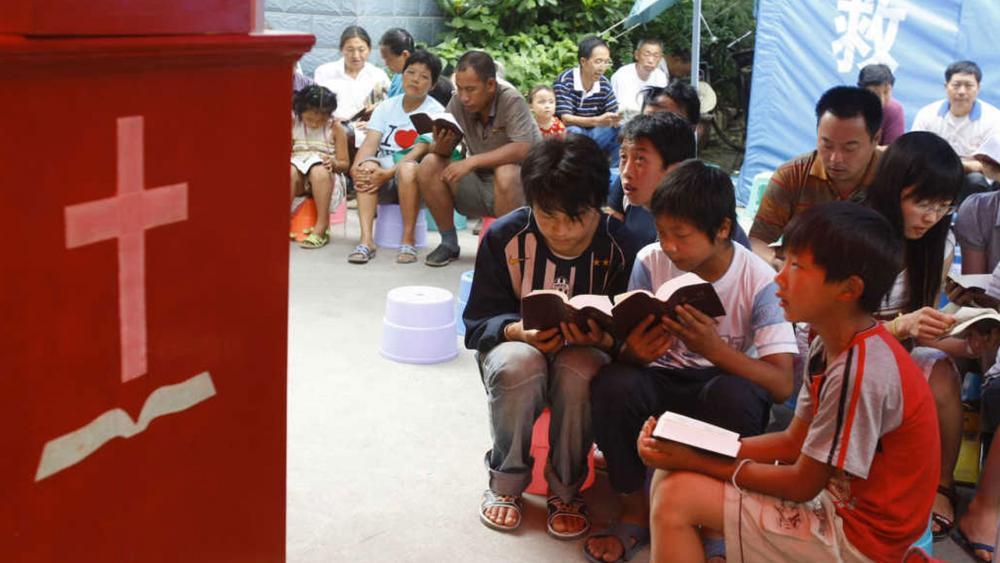 Editors Note: This piece was originally published in The Jerusalem Post. CBN News has been given permission by the author to republish it here.

Call it COVID-19. Or novel coronavirus. Or the now-politically incorrect term “Chinese flu.” But thanks to the virus’s unrivaled global threat, all eyes are now fixed on China and its Communist administration. The world is watching how President Xi Jinping behaves, what he seeks, and what is hidden behind his regime’s fiercely protected public face.

In light of this scrutiny, it wasn’t helpful to Xi’s efforts at damage control when the US Commission on International Religious Freedom declared in an update on March 13 that China was using its persecuted Uighur Muslims as virtual slave laborers.

“The Chinese government has compounded its mistreatment of Uighur and other Muslims by forcing them to work in factories…. We urge all American companies, including Amazon, Nike, Apple and Calvin Klein, to conduct a thorough investigation of their supply chains in China and cease any operations if they cannot definitively rule out the use of forced labor.”

At about the same time, a packed briefing took place in Washington, DC, exposing the Chinese government’s lockdown of millions of Uighurs in concentration camps. Experts presented meticulously documented evidence of “organ harvesting” – providing Uighur organs on demand for transplanted hearts, kidneys, livers and even matched sets of lungs.

The Chinese Communist Party has been able to collectively mistreat Uighur Muslims with ease because many of them live in one region – the Xinjiang autonomous territory. And thanks to satellite images, the concentration camps constructed to house millions of Uighurs are visible from space.

Not so visible or well documented are the regime’s abuses of other religious groups.

Tibetan Buddhists have long endured harsh treatment. Their devotion to the Dalai Lama is perceived as disloyalty to the People’s Republic of China, verging on treason. In response, since 2009, 156 Tibetans have self-immolated in protest of China’s abuses.

Chinese who practice Falun Gong spiritual exercises are subject to arrest, imprisonment and, according to numerous reports, summary execution – also for purposes of organ harvesting.

Even a community of less than 1,000 Jews in Kaifeng has been victimized by party authorities, who in 2018 stormed through a study center’s gates, tore loose and trashed a metal Star of David, and ripped Hebrew scriptural quotations off the walls. The authorities also put a stop to any foreign funding for the group.

But perhaps no religious group is perceived as a more dangerous threat to the regime than China’s enormous Christian population. It is widely reported that there are more Christians in China than Communist Party members – a reality that does not sit well with the party.

And persecution of Christians is nothing new. They have been relentlessly oppressed since Mao Zedong’s Chinese Communist Revolution in 1949.

My first introduction to China’s “suffering church” took place in the mid1980s when I coauthored a book about Pastor Wang Ming Dao, who was locked up in Chinese prisons from 1955 till 1980 for refusing to deny his faith. The stories of his torture, solitary confinement and abuse were crushing. Wang is cherished today as the founding father of China’s underground church. The title of the book was, appropriately, Walking the Hard Road.

AFTER PRESIDENT Richard Nixon’s ice-breaking visit to China in 1972, and thanks to subsequently surging commerce, tourism and Chinese public relations efforts, the world’s attention shifted away from China’s morally bankrupt political policies. Complaints about appalling cruelties were replaced by smiling faces on travel posters.

And across the decades, behind the flimsy facade of tourism and trade, China’s religious persecution continued. Then, in 2018, Xi’s crackdown on all religious believers launched harsher measures than any since Mao’s reign of terror, endangering all who refuse to bow the knee to him and his proclamations.

Today, thanks to an unwelcome and deadly intruder – COVID-19 – the Communist Party’s facade may actually be crumbling. A sickened world is taking a second look at China’s extreme despotism, typified by its policies on religious freedom.

In October 2017, Xi introduced a revolutionary “New Era” for China’s militantly atheistic regime. That was soon followed by an intense crackdown on China’s people of faith, including thousands of shuttered churches. However, Xi’s crackdown wasn’t solely about controlling religious thought.I

Any voice, any belief, any declaration that challenges the party’s doctrine or questions Xi’s demands will most certainly be investigated, mocked, contradicted and eventually silenced. The courageous young pro-democracy demonstrators in Hong Kong know this all too well.

And consider the case of Dr. Li Wenliang, the brave whistleblower who warned the world about the dangerous new virus which eventually took his life. He was reprimanded, censured and otherwise disgraced. But his predictions were absolutely correct, and the regime was further discredited.

Perhaps one of the very few good effects that may emerge from today’s pandemic is the overdue exposure of China’s many injustices. Because of its shameful months-long virus cover-up, the lives of thousands, perhaps millions, may well be lost. And for the first time – perhaps ever – the siren song of China’s cheap labor, commercial prospects and financial boons may finally be overshadowed by the exposed malevolence of its leadership.

As for China’s people of faith – and particularly its long-suffering Christians – is the world finally watching? Those of us who admire them from afar recognize that the journey they’ve chosen for themselves follows the same path Pastor Wang Ming Dao took some 70 years ago. And like him, they are walking the hard road.

The writer is an internationally recognized expert on religious persecution, an award-winning author, a senior fellow at the Family Research Council, and a fellow at the Hudson Institute. She lived for over a decade in Jerusalem, where she wrote Saturday People, Sunday People: Israel through the Eyes of a Christian Sojourner. Follow her on Facebook and Twitter @lelagilbert.