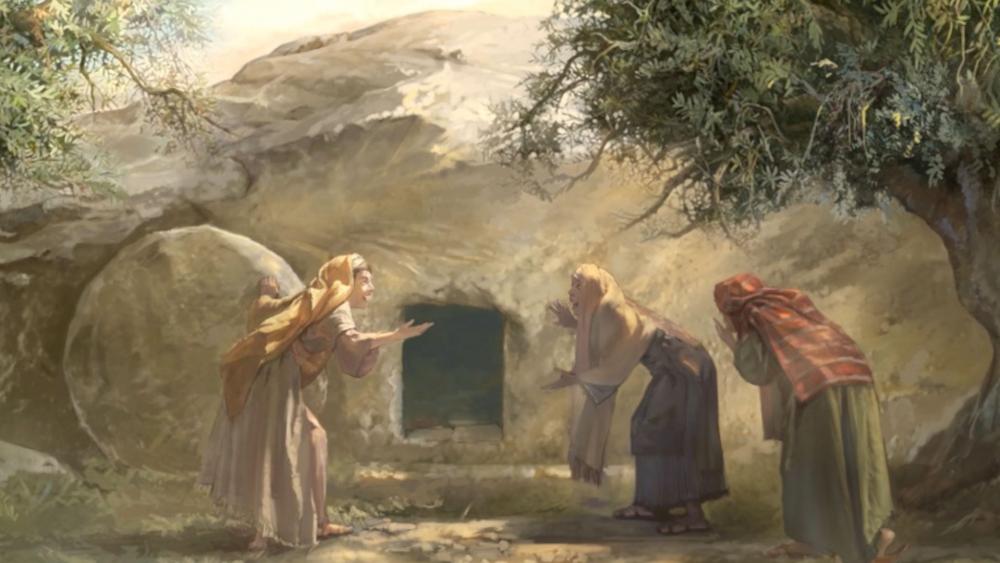 Atheists and doubters of Christianity want the world to believe Jesus did not rise from the dead. Thanks to historians from Jesus' era, we have documentation of the crucifixion, how Christ's body mysteriously disappeared and the Resurrection. This is important because Christianity's power all hinges on the fact of the Resurrection. And that's why detractors for centuries have been coming up with scenarios to explain away the reality of the Resurrection.

One is the Wrong Tomb Theory. Everyone just went to the wrong one – an empty one – and assumed Christ had resurrected.

Indiana doctor Joseph Bergeron studied the crucifixion of Christ and its aftermath for 10 years, writing about it in The Crucifixion of Jesus: A Medical Doctor Examines the Death and Resurrection of Christ.

One's first thought would more likely be that someone took the body, Bergeron suggested, saying, "Mary Magdalene, when she found the empty tomb, she ran to Peter and said, 'They've stolen His body; I don't know where they've taken it.'"

Alex McFarland, another top defender of the Christian faith at events like Bible camps and apologetics conferences, pointed out another well-known fact.

"Pilate had dispatched a cadre of Roman soldiers to guard the tomb," he stated. "Clearly they knew which tomb it was."

"Everybody knew where the tomb was. It belonged to Joseph of Arimathea; a wealthy man; it was new," Bergeron explained, saying of the authorities and the tomb, "They placed soldiers there, after all, to make sure that nobody took the body. So everybody knew where it was."

McFarland believes much more had to have happened to the disciples other than just finding an empty tomb to explain their sudden fierce belief in a resurrected Christ – a belief so sure they would all but one face a martyr's death for it.

As McFarland put it, "Suddenly they begin to preach Christ is alive, and they're willing to die for their faith. It just doesn't add up that they mistakenly went to the wrong tomb."

There's also the Swoon Theory that wants you to believe instead of dying on the cross, Jesus only passed out, woke up in the tomb a couple of days later, rolled away the huge stone, and escaped.

Quite a few people, both friends and foes, saw Jesus' body come down from the cross and they would definitely know this wasn't just an unconscious man.

McFarland said of Jesus' friends, "All of these theories attribute an exceptionally high stupidity quotient to the disciples. The disciples didn't have cars and the internet, but they weren't ignorant. They knew a dead body from a person that was alive."

And as for Jesus' foes, Bergeron pointed out, "For a Roman execution team to allow a convicted felon to escape execution would mean they would be executed. And so they had a vested interest in making sure the job was done."

So, the doctor added, "They plunged a spear into His chest. Because to allow any possibility that He would survive the crucifixion would mean that they would die themselves."

But if for some unfathomable reason, Jesus had survived and everyone somehow missed it, McFarland laid out what this severely wounded Jesus faced: "Christ has been at least two to three days without food or water. Dehydrated. He was beaten severely. Huge loss of blood. Nailed to the cross."

Couldn't Have Survived the Crucifixion, the Spearing, or the Shock

Dr. Bergeron said of a man in such a condition, "The extent of tissue injury and shock, the biblical descriptions really point to traumatic hemorrhagic shock that would be untreatable in Jesus' time."

Then there's the fact of what would have been put on Jesus' severely-tortured body to preserve it before it was placed in the tomb.

McFarland stated, "There would have been these tightly-wound strips of cloth and 70 to 90 pounds of spices. And so in a way, He would have been so constricted and wrapped up, even if He had been alive -- which He wasn't -- it would have been physically impossible for a man that severely wounded to have gotten out of the burial clothes, much less moved a sealed, multi-ton stone."

This Theory Makes the Lord a Liar

So after all that, McFarland explained the Swoon Theorists present this unlikely scenario: "He was laid in the tomb, He revived Himself, He moves a two-and-a-half to three-ton stone and He overcomes a dozen Roman soldiers in peak physical condition. Incognito, He gets across town, re-gathers His scattered disciples, and He says 'I am the Resurrection and the Life.'"

And that presents McFarland's biggest problem with the Swoon Theory: what it would say of Jesus' morals if He'd so blatantly lie.

Because the Swoon Theorists would have you believe of Christ, "He told His disciples He'd risen, and He allowed them to go forth and preach what was false, and die for what really wasn't true. This compromises the moral, righteous nature of the person Jesus."

The Stolen Body Theory proposes that the very disciples who fled in terror after the crucifixion then risked death to steal Christ's body from the tomb and made up the whole Resurrection story.

First off, McFarland pointed out these scared, cowering men in such a scenario would be taking on the toughest most feared soldiers of the ancient world.

He said, "Their master has been arrested; their messianic hopes are dashed. Yet they sufficiently re-gather and summon up enough bravery to overcome Roman soldiers? I mean, this could have been at best arrest if not execution and death."

Bergeron added, "Roman military discipline was austere. If you were caught nodding off when you were on watch, you would be beaten to death."

Would They All Have Lied & Died for a Hoax?

McFarland concluded, "I mean, there's simply no way that the disciples, had they wanted to steal the body, that they could have gotten passed that barrier alone to the tomb."

McFarland continued with what the Stolen Body Theory proposes the disciples then did after getting passed the soldiers: "They move the stone, they take away the body of Jesus and they say 'He's risen.'"

But for them to claim that would have been in direct opposition to Jesus' life and teaching.

"Everything He's all about is predicated on righteousness, virtue, truth, holiness," McFarland pointed out. "Here is Truth personified, and they built a Gospel on a lie? Just doesn't make sense."

All but one of those disciples was put to death for this Gospel. And not one of them ever recanted.

Bergeron stated, "People sometimes will die for some misguided belief that they have. Nobody dies for a hoax."

One popular idea is that everyone who saw Jesus alive after His death was just hallucinating.

But Dr. Bergeron pointed out, in the rare documented cases of group hallucinations, they all see different things.

Because it's all in their mind.

Christ's followers don't appear to have suffered from any such debilitating conditions.

"The disciples were intelligent and organized," Bergeron contended, pointing out how swiftly their movement expanded: "Christianity spread rapidly through the Roman empire. By AD 64, there were enough Christians that Nero launched mass persecution against Christians."

McFarland spoke of how the risen Christ appeared several times and interacted with hundreds of people, as recorded by Saint Paul in 1st Corinthians 15.

"Paul says He was seen by up to 500 brethren at once," McFarland said.

Of that and several other documented appearances of Christ, Bergeron remarked, "Hallucination hypotheses can never explain the group appearances, the group experiences the disciples had with Jesus."

But the risen Christ appeared before several groups in several places, conversed with people and ate with them.

Maybe it's just that His followers wanted to see Jesus again so badly? Well, He also appeared to the major persecutor of Christians on the road to Damascus.

"What about Saul of Tarsus who was persecuting the church?" McFarland asked of the man who would become Saint Paul. "Certainly he wasn't hoping to see a risen Jesus."

Christ Said He'd Do It – Why Not Believe He Did?

So why not just believe in what the Son of God promised He'd do – Resurrection?

McFarland explained, "Christ Himself said that there's no way to the Father but through Him. In John 8:24, He said 'If you do not believe that I am He, you'll die in your sins."

And then He said the way we'd know He was speaking the truth and that He is indeed the Son of God, is He would resurrect.

As McFarland put it, "His identity, message, credentials were validated by the fact that He did what none of us could do under our own power: He rose from the dead."

Bergeron pointed out that when you examine the alternative theories and see how easy it is to poke holes in them, "The biblical explanation becomes the best."

After his 10 years of research on these topics, Bergeron told CBN News, "I'm more convinced that what we believe as Christians is true and accurate as I ever have been."

Like so many others across the millennia, these gentlemen contend the best explanation for why Jesus wasn't in that tomb Easter morning is what Christ's disciples have always said: He came alive and rose from it.

*This story was originally published on April 8, 2020.