'Pandemics, Prophecy and The Middle East': Webcast on COVID-19 and Biblical Prophecy 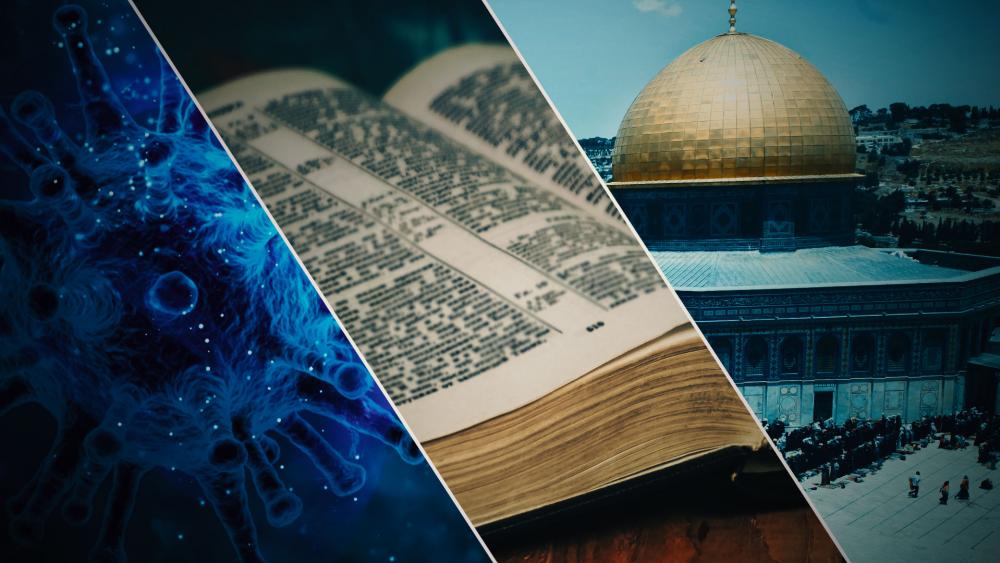 The COVID-19 pandemic has many Christians asking, are we living in the end of times? A new LifeWay Research survey has revealed nearly 9 out of 10 pastors see at least some current events matching those Jesus said would occur shortly before he returns to earth.

To delve deeper into that topic, Chosen People Ministries is presenting a live webcast titled Pandemics, Prophecy, and The Middle East, which you can watch below.

The experts will examine the LifeWay survey, which was designed to provide an objective picture of the ways in which American pastors of evangelical and historically black churches view eschatology, the study of the End Times, and was completed prior to the outbreak of the COVID-19 pandemic in the United States. A participant Q&A with the theological experts will follow.

"The survey indicates that the majority of evangelical pastors see plagues, in general, as one sign of the beginning of birth pangs in preparation for the return of Jesus," Glaser said. "While we are not suggesting that COVID-19 is a plague directly imposed by God, undoubtedly, this pandemic has captured our attention and made the reality of End Times events more real and accessible to each one of us."

The LifeWay survey also revealed pastors' beliefs regarding the importance of recent events concerning Israel and the Jewish people as a fulfillment of biblical prophecy and signs of the End Times, including:

"Though this study was conducted before the quarantine, it has even greater relevance now during the COVID-19 pandemic," said Bock. "Whether Jesus' return is near or far, Christians believe these disturbances represent the groaning of creation, reminders of our mortality, our need for God, and the accountability we have to Him for life, both now and forever."

During an interview with CBN News on Tuesday, Bock was asked if could this COVID-19 pandemic be a sign of the end? How does it compare to the plague or other pandemics in the past?

"I think, generally speaking, pandemics or plagues are an opportunity for people to be reflective about their relationship with God. Whether this is specifically an end times sign or not, I think it is something that could be discussed," Bock answered. "It isn't a guarantee because Jesus predicted these kinds of things would happen periodically throughout history. But still, it does, along with some other signs, indicating perhaps, that we could be drawing closer all the time."

CBN News also asked the theologian what other signs that Christian leaders are pointing to that would suggest the Second Coming is imminent?

"The moral collapse in society as a whole also came in at 79 percent as a sign. And when you put all these, many of these things together – famines, earthquakes, disasters were at 76 percent – they're all in the combination suggest to people at least the possibility that we could be drawing near the end," he added.

"Although, again, I think the point of Scripture is we can't date the end. Acts 1 makes this clear, and our call is to be reflective of our commitment to Jesus until he returns," he concluded.

The phone survey of 1,000 pastors from evangelical and historically black denominations was conducted Jan. 24 to Feb. 11, 2020, and was sponsored by Chosen People Ministries, Alliance for the Peace of Jerusalem, Rich and Judy Hastings, and the Hendricks Center at Dallas Theological Seminary.