Who's in Charge of a World That's Suffering? The Timing of This Billy Graham Reprint Couldn't Be More Right 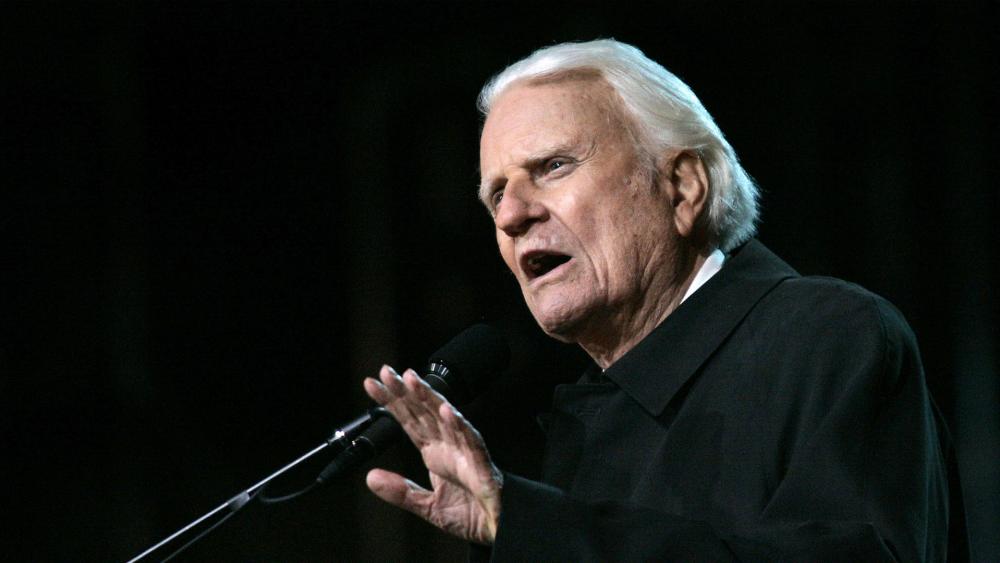 The year 2020 certainly brought the world a load of suffering, pain, and anguish. Billy Graham examined the issue of suffering in his 1981 book, Till Armageddon. The late evangelist's publishers thought this would be an especially appropriate time to reprint it, but with a new title, Who’s in Charge of a World That Suffers?

Graham's son Franklin pens the new introduction for the newly reprinted book. He writes, “…suffering is no surprise to the Lord. Jesus warned that we would face uncertainty, persecution, and trouble of every kind.  He, Himself, suffered for us…”

“God, no question, is in charge. But we also know that the world in which we live is a fallen world," Graham told CBN News. "And the god of this age is Satan. And we know that he controls so much of what is going on in the world. The bad things that are going on.”

It’s also a world where COVID has killed more than 300,000 of our fellow Americans.

“Never in the history of mankind has the world been locked down," he noted. "It’s never done that. We’ve never taken healthy populations and locked them down. It’s always been sick people that we locked down.”

“And we look at COVID and not only what it’s done to the world, but what it’s done to families," the CEO of the Billy Graham Evangelistic Association and Samaritan’s Purse continued. "We’ve had it in our family. And we’ve had it in our organization. Family members have died as a result of COVID. It’s touched every country in the world.  It’s touched almost every part of our society.”

“And how do we deal with it? How do we handle it?” Graham asked, then referred to his father’s book. “And this book, I think, is just tailor-made for the problems that we are facing today.”

The Start of the End of Days?

There’s so much darkness rising these days, Graham suspects we’re beginning to enter the time in the Book of Revelation – the end of days.

“When we read the Scriptures, I believe we are probably approaching the first chapters of Revelation,” Graham said. “Things are happening so quickly. The world is changing so fast -- the world that hates God and has turned their back on Him.”

“This I think is an exciting time. It’s not something we should be afraid of,” Graham explained. “But we need to know that God is still in charge and that He writes the last pages of history. It’s not going to be the Republican Party, the Democratic Party or the United Nations. The Lord Jesus Christ comes back and establishes His kingdom. And for those who put their faith and trust in Him, we know that our soul will be secure in His hands.”

Christianity Isn’t a Grant of Immunity

And there we’ll be for eternity. But that certainly doesn’t mean Christians are immune from suffering while here on earth.

“We’re not exempt. We don’t live in some kind of a bubble," Graham said.  "And we are going to go through suffering. And I think this book deals with that. Till Armageddon was the original title.  But we all face these armageddons in our lives, as we go through life: these storms of life. Jesus, himself was in a storm. He was with his disciples out in the Sea of Galilee. And a storm came up suddenly without warning. And it was swamping the boat…sinking it.”

So the disciples woke Jesus, who commanded the storm, "Be still."

‘We Just Need to Make Sure We’re in His Boat’

“Of course the wind and waves are going to obey His voice because He created them,” Graham said. “And when we put our faith and trust in Him and we’re in His boat, we don’t have to worry. Because His boat doesn’t sink. We just need to make sure we’re in His boat.”