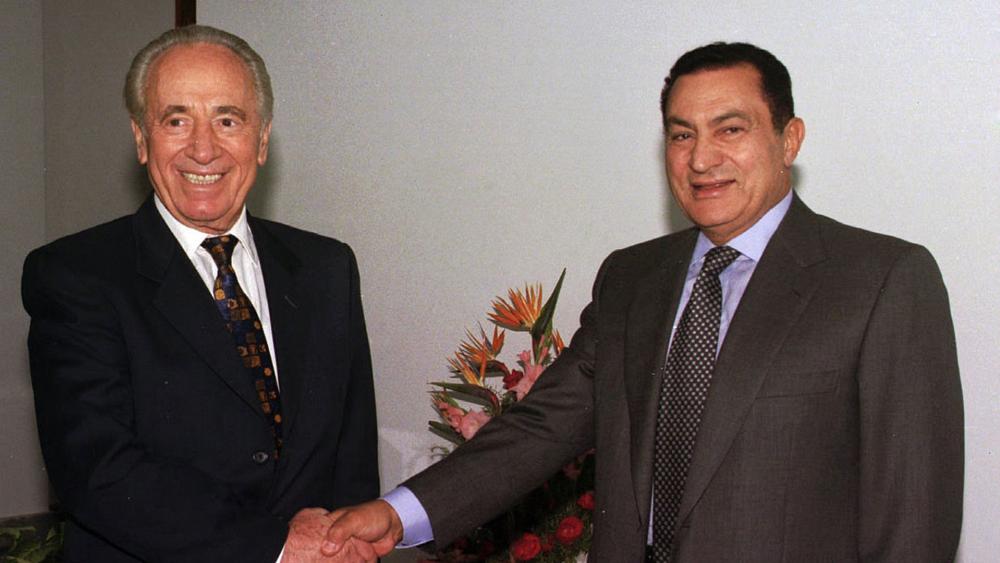 CAIRO (AP) - Hosni Mubarak, the Egyptian leader who for nearly 30 years was a fixture in Mideast politics before being forced by the military to resign after nationwide protests that were part of the Arab world's 2011 pro-democracy upheaval, died on Tuesday, the country's state-run TV said. He was 91.

Throughout his rule, he was a stalwart U.S. ally, a bulwark against Islamic militancy and guardian of Egypt's peace with Israel. But to the tens of thousands of young Egyptians who rallied for 18 days of unprecedented street protests in Cairo's central Tahrir Square and elsewhere in 2011, Mubarak was a relic, a latter-day pharaoh.

In recent years, Mubarak and his family continued to live in Egypt's under current president and former military man Abdel Fattah el-Sissi. They were largely exonerated for crimes they were accused of while he was in power, and were rumored to enjoy a comfortable, if isolated existence far from the limelight. El-Sissi left much of the Mubarak's government apparatus intact, and his administration saw the return of a number of former Mubarak-era officials.

It was a far-cry from protesters' calls for Mubarak's imprisonment for theft. Egypt's demonstrations were inspired by the Tunisian revolt, and harnessed the power of social media to muster tumultuous throngs, unleashing popular anger over the graft and brutality that shadowed his rule. In the end, with millions massed in Tahrir Square and other city centers around the country, and even marching to the doorstep of Mubarak's palace, the military that long nurtured him pushed him aside on Feb. 11, 2011. The generals took power, hoping to preserve what they could of the system he headed.

The state TV said Mubarak died at a Cairo hospital where he had undergone an unspecified surgery. The report said he had health complications but offered no other details. One of his sons, Alaa, announced over the weekend that the former president was in an intensive care after undergoing surgery on January 23.

Though Tunisia's president fell before him, the ouster of Mubarak was the more stunning collapse in the face of the Arab Spring shaking regimes across the Arab world.

He was convicted along with his former security chief on June 2012 and sentenced to life in prison for failing to prevent the killing of some 900 protesters during the 18-day who rose up against his autocratic regime in 2011. Both appealed the verdict and a higher court later cleared them in 2014.

The acquittal stunned many Egyptians, thousands of whom poured into central Cairo to show their anger against the court.

The following year, Mubarak and his two sons - wealthy businessman Alaa and Mubarak’s one-time heir apparent Gamal - sentenced to three years in prison on corruption charges during a retrial. The sons were released in 2015 for time served, while Mubarak walked free in 2017.

Since his arrest in April 2011, Mubarak spent the nearly six years in jail in hospitals. Following his release, he was taken to an apartment in Cairo’s Heliopolis district.

For the man who was long untouchable - even a word of criticism against him in the media was forbidden for much of his rule - prison was a shock. When he was flown from the court to Torah Prison in Cairo in 2011, he cried in protest and refused to get out of the helicopter.

Over the years, Mubarak tinkered with reform but shunned major change, presenting himself as Egypt's sole protection against Islamic militancy and sectarian division. The U.S. tried pushing him harder for reforms, but succeeded only in alienating him. Fearful of losing its alliance with the most powerful Arab country, Washington backed off.

But the failure to fulfill repeated promises of change steadily deepened public despair, and those seeking a democratic future were dismayed to see Mubarak making apparent moves to set up a dynastic succession in the shape of his businessman son, Gamal Mubarak.

Mubarak, born in May 1928, was vice president on Oct. 14, 1981 when his mentor, President Anwar Sadat, was assassinated by Islamic extremists while reviewing a military parade. Seated next to Sadat, Mubarak escaped with a minor hand injury as gunmen sprayed the reviewing stand with bullets. Eight days later, the brawny former air force commander was sworn in as president, promising continuity and order.