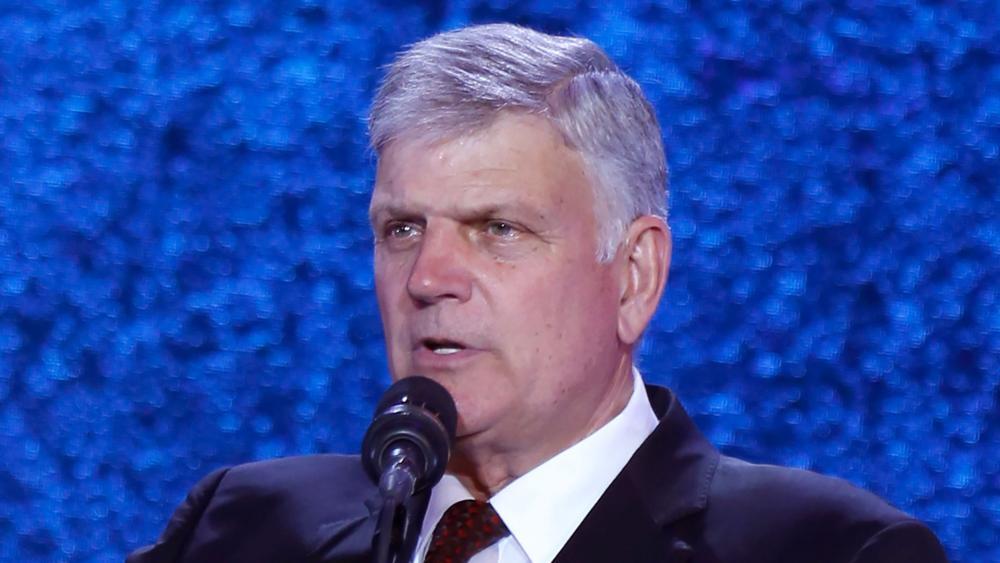 The Rev. Franklin Graham, an evangelist and the son of the late preacher Billy Graham, was slated to speak this summer at a venue in Liverpool. The venue, however, put a wrench into the plans by canceling the contract.

Graham’s event, to be held at ACC Liverpool, was part of a larger tour through the United Kingdom. Officials at the venue, however, announced Friday the event would be scrubbed from the schedule because Graham’s views — particularly his biblical interpretation of marriage as a union between one man and one woman — are “incompatible with our values.”

The Graham Tour UK event which was originally planned to take place at ACC Liverpool in June 2020 will no longer be going ahead.

Thankfully, for all those who planned on attending in Liverpool, The Graham Tour UK organizers told Faithwire they are still planning on holding the event in the city, though a new venue has yet to be determined.

We will update this story when that change has been announced.

The decision to cancel Graham’s stop in Liverpool isn’t surprising. Protesters have been rebuking the leaders of the venue for allowing Graham to share the Gospel in the space.

One group critical of Graham’s slated appearance at ACC Liverpool was the Liverpool Labour LGBT Network, which referred to the evangelist as “a homophobic hate preacher.”

Petition by our Liverpool Branch members who are asking for support from their locally elected council representatives in response to the platforming of homophobic hate preacher Franklin Graham at the M&S Arena on the 12th of June 2020https://t.co/Xo1VXB80sK

How has Graham replied?

On Monday afternoon, Graham replied to the decision by ACC Liverpool.

He penned an open letter to the LGBTQ community in the U.K., informing them he is coming to Great Britain not to condemn them. Rather, he is coming to present the Gospel.

Graham did, though, admit he does see homosexuality as a sin.

“The rub, I think, comes in whether God defines homosexuality as sin,” he wrote. “The answer is yes. But God goes even further than that, to say that we are all sinners — myself included. The Bible says that every human being is guilty of sin and in need of forgiveness and cleansing. The penalty of sin is spiritual death — separation from God for eternity.”

Graham also defended the right to free speech and religious liberty. He wrote he is not coming to the U.K. “to speak against anybody” because the Gospel “is inclusive.”

The 67-year-old preacher ended his letter by saying those in the LGBTQ community are “absolutely welcome” to attend one of his events in the U.K.

CORRECTION: An earlier version of this story stated incorrectly that the Liverpool event is completely canceled. While one venue HAS denied Franklin Graham access, the Billy Graham Evangelistic Association tells CBN News a Liverpool outreach will still take place at a different venue that’s still to be determined.