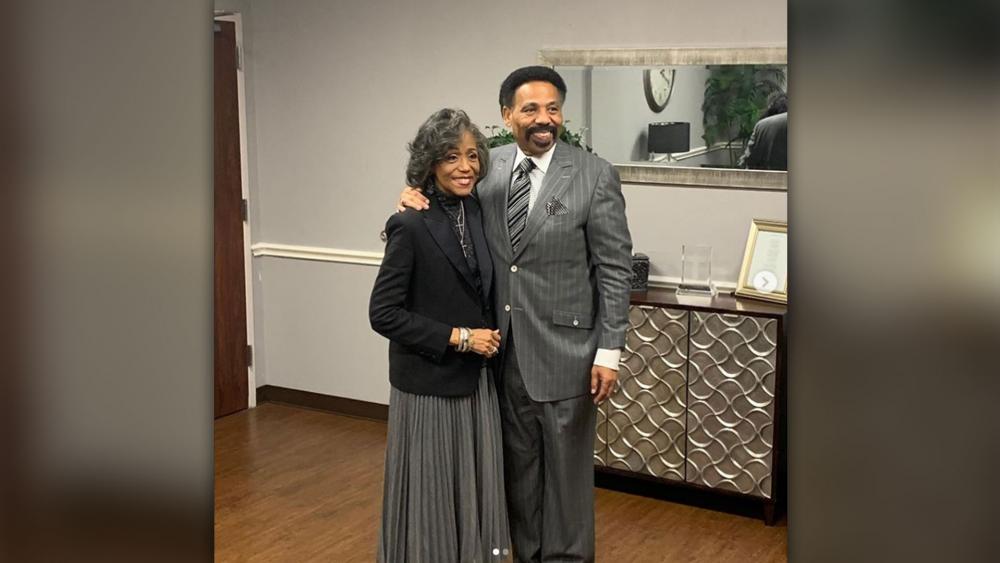 Pastor Tony Evans says something supernatural was happening during his wife Lois' final moments on earth, and the family was there to witness it.

Lois Evans had been battling a rare form of cancer and the family had gathered around her in late December to say goodbye. At some point during their farewell moments, he says she began to speak about seeing "something outside earth's realm".

It seems she was catching a glimpse of family members in heaven, perhaps like the "cloud of witnesses" described in Hebrews 12:1.

During the recently held memorial service, Tony Evans, who is the senior pastor at the Oak Cliff Fellowship Church in Dallas, Texas, recalled what happened during Lois' final days.

Pastor Evans said, "One of the things that I've observed in life and in scripture is that when people walk with God and He doesn't take them suddenly, He will give them a glimpse of heaven while they're still transitioning from earth. He will let them know, not only that it's time, but it's okay."

He says while Lois was battling, they did receive good news that the doctors were surprised at how well she was doing, fighting a medically incurable disease. He credits the power of prayer for giving her more time on earth, saying, "You were praying for us, and we felt the prayers extending time."

AMAZING: Life After Death - What 1,000 Near Death Experiences Can Teach Us

While they were given more time with her than doctors had predicted, in the end, her departure from earth came, and that's when she glimpsed the spirit realm.

"Simultaneous to the time of her departure were things taking place that were letting us know she was dealing with something outside of the earth's realm," he said.

"For example, she said to some who were gathered in the room, 'Do you see my mother? Do you see her? She's right over there by the fireplace.' Do you see her? Why can't you see her? On another occasion, she said, 'My father. There's my father.' And there was no one in the room physically. She was seeing something as the time of her departure got closer."

Pastor Evans says she also appeared to get a message from beyond this earth about the time of her departure.

"She said, 'Two days, two days, take me up.' Two and a half days later she was gone. She heard something, she saw something as the time of her departure got nearer. Like Stephen in Acts chapter 7 who, when he was being stoned to death, he says he saw heaven opened and Jesus standing on the right hand of the Father giving him a standing ovation."

Bible teacher and Christian actress Priscilla Shirer, who is Tony and Lois Evans' daughter, also spoke at the memorial service, saying her mother wanted her children to develop a relationship with the Lord.

"If there is one thing you can do in honor of my mother, it's do not let your hearts be troubled," Shirer said. "It's to believe that the God of Ephesians 3:20 and 21 is still who He said He is. 'Now unto Him who is able to do exceedingly, abundantly above and beyond anything you can ask or think, to Him be the glory both now and forevermore in Jesus' name, amen."

Shirer has just undergone surgery to remove part of her left lung due to "dangerous irregularities". 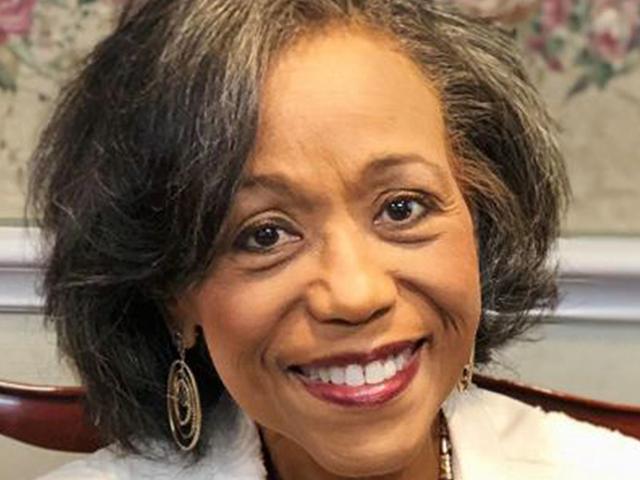 'Do Not Let Your Hearts be Troubled': A Powerful Celebration of Lois Evans' Life and Legacy
CBN News Email Updates