TV Evangelist Jack Van Impe, Who Told His Audience About the End Times, Dies at 88 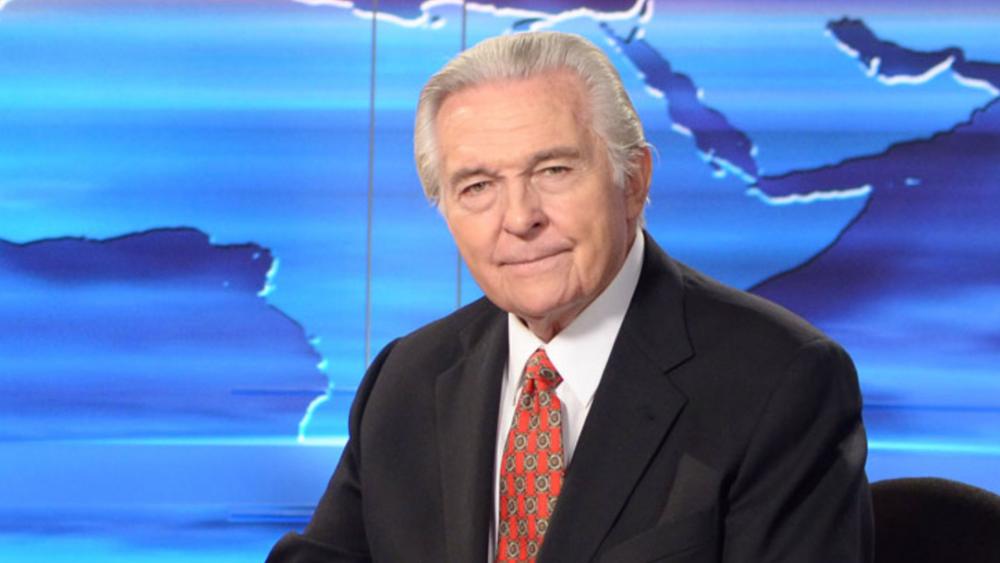 Popular TV evangelist Jack Van Impe, who was known for his preaching about the End Times has died at the age of 88.

Van Impe passed away Saturday and his death was confirmed by his ministry's website, but no details concerning his passing were shared.

In a statement, the ministry wrote: "The beloved Dr. Jack Van Impe was welcomed into Heaven by His blessed Savior and Lord who he had so faithfully served in ministry for over 70 years.

Please pray for his beloved wife and lifelong ministry partner Rexella and their families as they grieve this immense loss and for wisdom as she and the Board lead the ministry in the days ahead.

Van Impe spent a career of 68 years involved in ministry. For more than 30 years, Van Impe hosted his own weekly half-hour television series "Jack Van Impe Presents" from his ministry's headquarters in Detroit, MI.  Van Impe offered End Times commentary on the news of the week through an interpretation of the Bible. His wife, Rexella, also served as co-host.

The television series aired in 150 countries around the world.

"We only report the news from the latest papers and magazines," Van Impe once said, "but we use the Word of God to show you that it means Christ is coming."

Van Impe was also known as the "Walking Bible" after he memorized most of the King James Version of the Bible.

"Few reached a larger audience than evangelist Jack Van Impe," historian Paul Boyer wrote in his landmark study of prophecy belief in modern America. "Bible quotations studded Van Impe's apocalyptic predictions, including not only the familiar ones from Revelation, Zechariah, and 2 Peter … but also more obscure selections from Joel, Zephaniah, Malachi, and … Ezekiel."

Van Impe was born in Freeport, MI in 1931.  His parents were Belgian immigrants.  According to Christianity Today, it was his father Oscar who taught his son Jack to play the accordion.  His father would later take him to Detroit night clubs where they would appear together playing their accordions.

Van Impe said when he was 12, his parents converted to Christianity. The family stopped performing in night clubs and instead began performing gospel music in area churches, according to CT.

His parents' newly-found faith had a strong effect on young Jack, who decided to become an evangelist.  After graduating from high school, he attended Detroit Bible Institute, earning his diploma in 1952.

He met his future wife Rexella Shelton while working for the Billy Graham crusades at a Youth for Christ rally. Rexella was working as an organist for the crusades, according to Wikipedia.

In the 1950's, Van Impe released dozens of Gospel recordings. The first album titled Presenting the Van Impe's featured Jack playing the accordion with Rexella on the organ.

Franklin Graham tweeted his condolences upon hearing of Van Impe's death, writing about his memorization of Scripture and adding, "May we all be inspired to do the same."

"Our condolences go out to Rexella Van Impe as news comes about the death of her husband, evangelist @Jack_Van_Impe"

Our condolences go out to Rexella Van Impe as news comes about the death of her husband, evangelist @Jack_Van_Impe. https://t.co/Pedjd7NONp