Attacks on Churches, House of Worship Increase Across the Globe: 'These Are Turning into Houses of Horror' 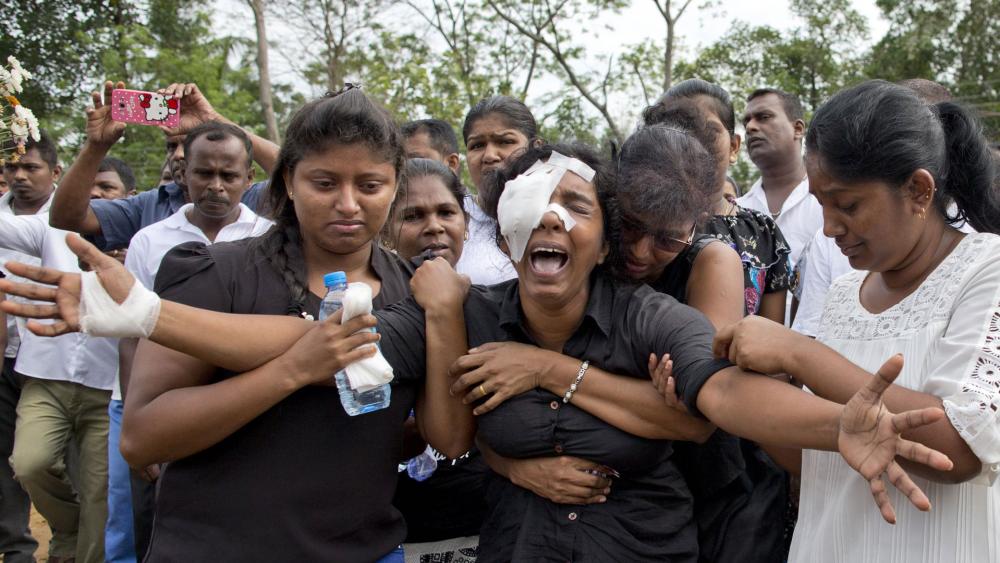 Anusha Kumari, with bandages on her left eye weeps during a mass burial for her husband, two children and three siblings, all victims of Easter Sunday bomb blast in Negombo, Sri Lanka, Wednesday, April 24, 2019. (AP Photo/Gemunu Amarasinghe)
6160442864001
Attacks on Churches, House of Worship Increase Across the Globe: 'These Are Turning into Houses of Horror'

Christians go to church to worship, grow their faith, and feel safe - but religious freedom monitors say some churches and other houses of worship around the world are being turned into sites of bloodshed.

"It's very disheartening when you see a house of worship which should be a place of peace, a sanctuary, a place that honors God, and allows you to worship as you see fit - these are turning into houses of horrors," says Tony Perkins who serves as chairman of the US Commission on International Religious Freedom (USCIRF).

USCIRF monitors acts of intimidation against people of faith and saw a drastic uptick last year. Churches, cemeteries, monasteries, and community centers have all been targeted - no faith is immune.

The goal of the perpetrators is to have a chilling effect on religious expression.

"We've seen attacks in various parts of the world - in Europe we saw them in France, we saw them in Germany, and those direct assaults are designed to intimidate and drive people from public expression of their faith," Perkins says.

Violent attacks are reprehensible, but more subtle attacks are also being lobbed by governments hostile to people of faith through regulations and restrictions on buildings and meetings that make it difficult or nearly impossible for people to worship together.

"We find genuine faith knows no boundaries and people that are committed to their faith will continue forward at a great price," Perkins says.

Perkins wants to see Americans come alongside the world's targeted and persecuted believers.

In addition, USCIRF recommends the US government expand programs to train and equip local officials and communities to protect places of worship and other holy sites.

Commissioners say these programs are needed in a number of countries but point to elevated needs in Afghanistan, India, Malaysia, Pakistan, and Vietnam.

Perkins says every human has a fundamental right to follow his or her conscience.