Did the Prophets Get It Wrong? Dutch Sheets Leads Spiritual Election Battle as Intercessors Convene: 'This Isn't Over!' 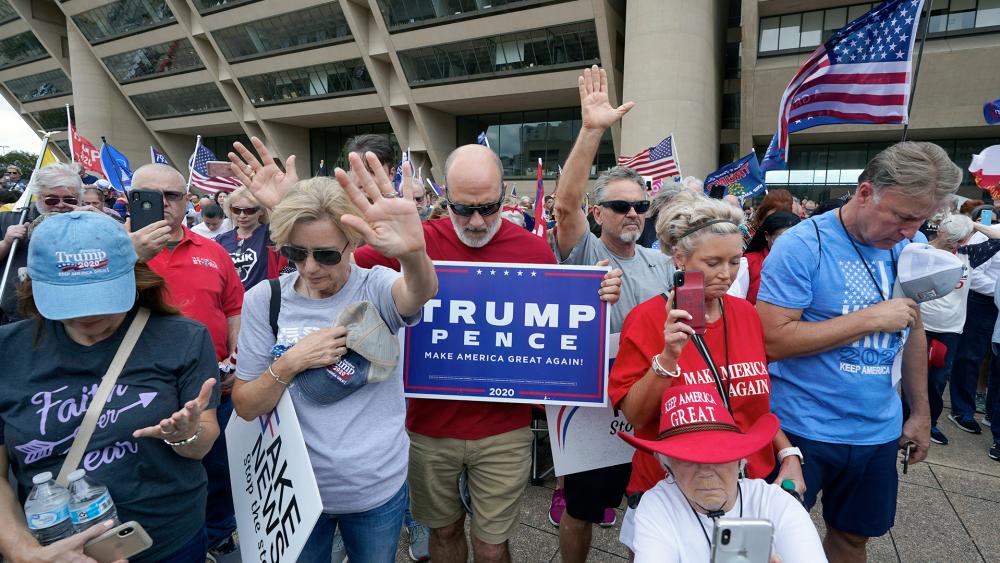 Supporters of President Donald Trump pray during a rally in front of City Hall in Dallas, Saturday, Nov. 14, 2020. (AP Photo/LM Otero)
6211331468001
Did the Prophets Get It Wrong? Dutch Sheets Leads Spiritual Election Battle as Intercessors Convene: 'This Isn't Over!'

Many well-known Christian prophets in recent months declared President Donald Trump would win a second term. While some in the Church now doubt that, others – like intercessory prayer leader Dutch Sheets – are calling for believers to stand firm with the prophets and listen for even more heavenly guidance. The latest word that Sheets received led him to a remote corner of northern Pennsylvania. There he led a prayer meeting about America's destiny that some half-million people have viewed.

Even before the November 3rd election, Sheets felt God calling him to go pray and wait upon the Lord at the headwaters of the Allegheny River. He wasn't sure why, but he flew to Pennsylvania and on Election Day tracked down where the stream first bubbles up that becomes the mighty Allegheny and spent a good deal of time there with the Lord.

Later, he felt the command to return, but this time, to also call a prayer meeting where believers could pray, prophesy and make decrees and declarations concerning not only this disputed election but the nation's course and future.

But why at that distant location in rural Pennsylvania?

Sheets told CBN News, "I believe that it's not the Allegheny itself, but this region.  There are four river streams that go from here four directions, just like in Eden, to the nation."

And from Pennsylvania, the Declaration of Independence and Constitution that enshrine our liberty and inalienable rights flowed to the rest of the country.

"And I think He painted a literal picture with the land of what He intended to do from Pennsylvania when He birthed this nation from Pennsylvania. William Penn said 'let it be the seed of a nation, God.'   And God honored that prayer. This became the birthplace of the nation."

"The prophetic picture of water going from here to the nation, taking what was birthed in this state – we're going to tap into that," Sheets told a large crowd packed into the Coudersport Gospel Tabernacle and a much larger audience watching the meeting via Livestream.

These prayer warriors who gathered with Sheets believe issues facing America are much more than just who is the president. They believe if fraud and corruption can steal an election, they could steal the very culture that protects our liberties and rights.

"Why would we not want to fight for truth?" Sheets asked about the efforts to determine whether or not cheating went on in this election. "Let's make sure it was a righteous vote. Let's make sure that it wasn't a sinful vote, that it wasn't dishonest. Some Christians say, 'let's just forget about it, get along; it's not worth it.'  Are you kidding me? Why would God say 'just go along with sin'?"

The three-hour gathering in Coudersport saw believer after believer Sheets trusts to move in the prophetic come to the microphone to proclaim, decree, or declare words they felt God was downloading to them.

Enforcing the Victory of Calvary

Near the start, Sheets himself cried out, "We're going to enforce the victory of Calvary and we're going to decree prophetically what God's been saying."

One woman prophesied, "There shall be a great release of redemption and glory in this land."

She continued, speaking what she heard the Lord saying: "This is a nation reset.  You have come back into alignment with what I have said originally. Now watch Me change this nation and bring her back on course with My direction, says the Lord. She will not fall. She shall arise as the nation I intended her to be."

'I Must Have This Nation!'

Sheets shared with the crowd and the nearly half-million people who've now watched the recording of this event what God told him 20 years ago, saying the Lord's words were, "I must have this nation!  I'm going to send a great revival.  I'm going to save America!"

Another woman shared a word from the Lord, declaring, "Now watch me change this nation and bring her back on course."

A man said, "The angels, God, from the Allegheny region, the angels from Pennsylvania, the angels that walked with William Penn, walked with George Washington, walked with Thomas Paine -- we just decree that these angels are released into the nation tonight."

Must Stand with the Prophets

Sheets told CBN News that Christians who believe the prophets about this election can't give up, but must pray and stand in faith.

He's peeved with a lackadaisical "go-along-to-get-along" attitude among Christians who aren't in the fight over challenging and verifying the election results because they're saying, "God will get what He wants. Why should we do anything?"

The preacher in him came out as Sheets told CBN News, "The wrong concept of the sovereignty of God is one of the most destructive forces on the planet: this theology that says 'God's in control and He's going to get what He wants, He'll do what He wants; we'll just see what He does.' That is - from Genesis to Revelation - unbiblical. God doesn't always get what He wants."

Sheets pointed out there were people raped today and babies going hungry today. He stated, "That is not the will of God. It's ludicrous, it's an insult to the character of God to say 'He's in control of everything and He always gets what He wants and is going to do what He wants to do'."

'Pray Until YOU Know What God Wants to Do'

Sheets said of God, "He works through us. And He honors the free will He gave us. And so what He wants to do on the earth, He does it through people. So it is a complete error for Christians to sit back and say 'well, you know what, God will do what He wants to do.' I say, 'no. Do your homework. Pay the price. Pray until YOU know what God wants to do."

He continued, "Look at the issues.  Do you think He has some mysterious purpose that He just allowed 61 million babies to be killed? He didn't allow it. WE allowed it. He didn't get what He wanted."

To help buck up those who are standing with what's been prophesied over this election, Sheets is dealing with it every morning on his special 15-minute blast "Give Him 15" -- a time of sharing, prayer, and declaration.

More Christian leaders are weighing in on this controversy over the disputed election.

One of the most respected Christian voices in prophetic circles is Jane Hamon. She's joined in with this published admonition: "Saints, this isn't over!   Show up for battle, position yourself, fast, pray, prophesy and decree, and then see how God brings the victory."

In the same post, she wrote, "We have a saying at our ministry: Don't doubt in the dark what you heard in the light. In other words, it is not unusual to receive a prophetic word, then have all hell break loose against you with exactly opposite of what God has declared. At this point it's important to believe the report of the Lord and to 'war a warfare with the prophecies that have gone before you' until you see the fulfillment of God's promise."

Hamon had yet another admonition for folks to buck up: "It's easy to 'believe the prophets' when everything falls into place with ease. It's quite another thing to stay in agreement and alignment with what God has said when other voices are screaming the opposite. Do we believe what we believe we believe? Faith is only tested when circumstances look contrary to what we have believed. Paul exhorted Timothy to war a warfare with the prophecies that had gone on over him.  Fight for and with the Word of the Lord!"

Many now feel the controversies over this disputed election will be settled in courts by judges or justices. But those at this prayer meeting in Coudersport, Pennsylvania along the banks of the Allegheny were appealing to the One True Judge in the highest court of all – the throne room of God. 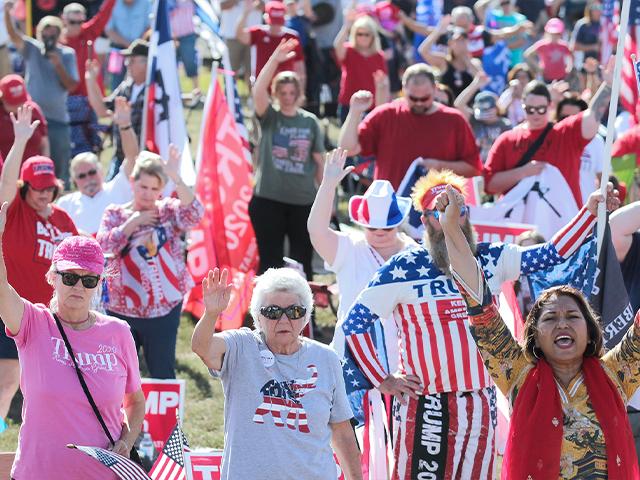 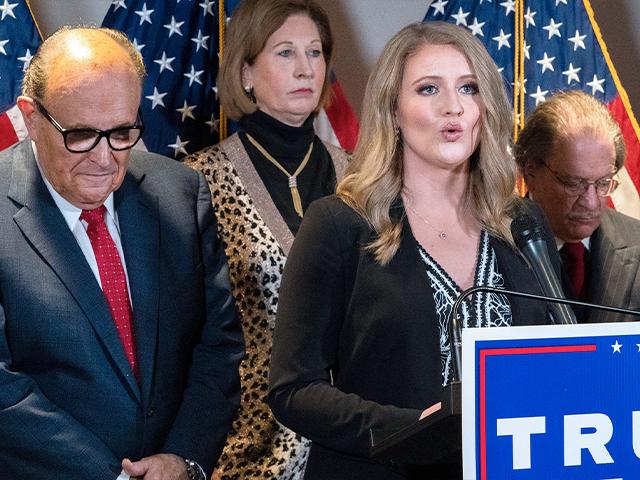 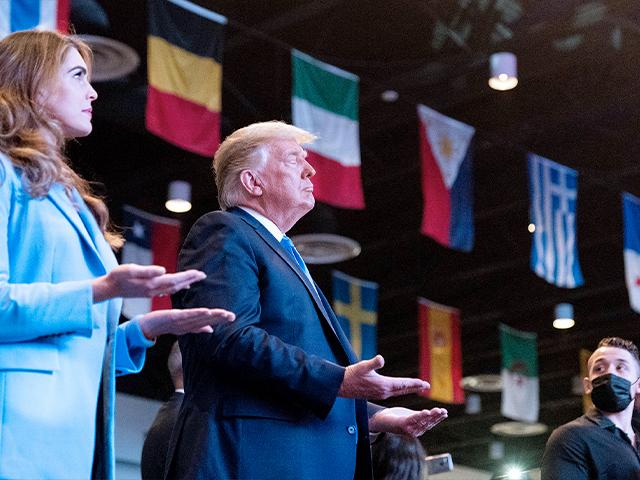 Prophets Say They Did Not Get It Wrong: 'It's Not Over'
CBN News Email Updates