Raising the Stakes for the Gospel in Iran 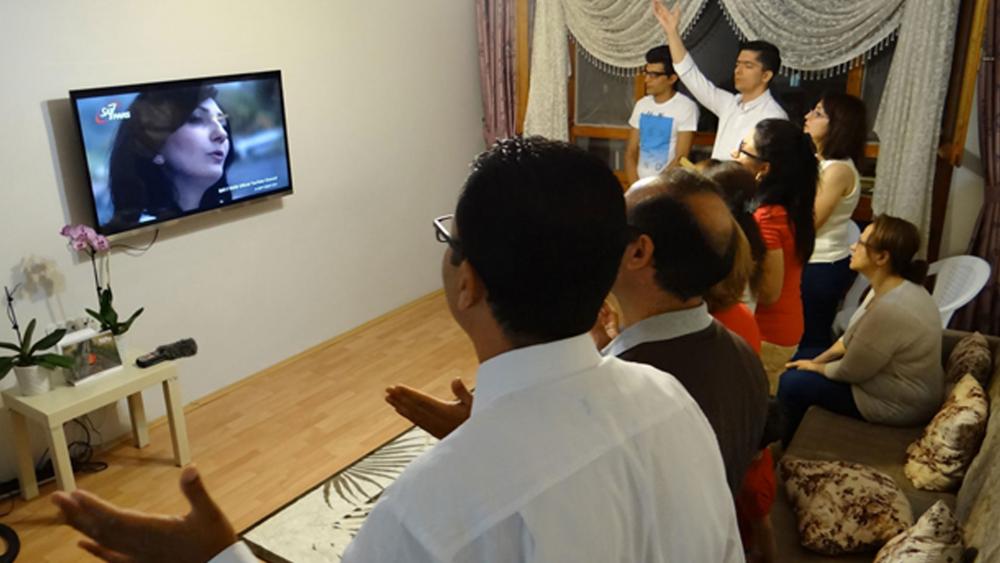 The stakes for being an “underground” follower of Jesus in the Islamic Republic of Iran get riskier and riskier.

Persecution of the fastest-growing church in the world occurs periodically and unpredictably. The secret police break into homes, arrest, imprison, beat, and torture house church leaders, threatening them with death.

Yet, fueled by oppression, the underground house church movement in Iran continues to grow at a sizzling pace, with one million believers, perhaps more, in this nation of 84 million people.

Just as God used brave Christians to smuggle Bibles behind the Iron Curtain a half-century ago, He’s now using modern technology to beam the gospel uncensored directly into Iranian homes.

Earlier this year, Iran made it illegal to promote Christianity online in virtually any form,  including online church services, digital discipleship resources, and even Christian chat sessions.

But that’s not stopping legions of smartphone-savvy Iranians -- especially the younger generation -- from tasting the “forbidden fruit” of the gospel online, streaming Christian services and videos, and asking questions about Jesus on Facebook, WhatsApp, Telegram, and other social media.

Iran’s spiritual foundations are shaking -- and the Holy Spirit is on fire.

Since the COVID-19 lockdowns began, our team at SAT-7 -- committed to broadcasting the gospel into Iran -- has seen an explosive increase in social media activity and satellite television viewership. Thousands are tuning into the SAT-7 PARS channel that broadcasts Christian programs 24/7 in Farsi -- the language spoken by most Iranians -- directly into homes across Iran and western Afghanistan.

Our social media channels report a staggering increase in online traffic and posts -- with more than 4,800 online interactions during July and August, a 34 percent increase over the same period last year.

Operation World reports the number of Christians in Iran is surging 20 percent a year, and much of this skyrocketing church growth is taking place in people’s homes via technology.

No wonder the hardcore Islamic regime is anxious.

Across Iran, believers close the doors, shutter the windows, and worship secretly in the front room -- tuning into Christian television broadcasts, streaming videos online, and encouraging each other on social media.

But the price they pay can be heavy.

In a recent live social media chat with SAT-7 PARS, Mojdeh -- a house church leader imprisoned for 40 days in Iran this summer for her faith -- talked about how God’s presence kept her going in horrible prison conditions, where she was repeatedly strip-searched, humiliated and forced to clean filthy toilets.

“Every minute of every day, I was aware of God’s utterly tangible presence … in interrogations, in solitary, or in the (prison) yard,” she said. “They accused me of some very strange things, but they also accused me of being an evangelical Christian.”

Although Mojdeh -- her name changed for security reasons -- was released, the threat of re-arrest and imprisonment is ever-present.

Women like Mojdeh play an important role in the house church movement in Iran. Often well-educated, they take on leadership positions and lead their own families to faith in Christ -- a heritage that goes back to the early church in the Book of Acts when Elamites, Parthians, and Medes (all Iranians) were among those present at Pentecost.

Iran has been at the center of an intense spiritual battle for centuries. The Old Testament book of Daniel records that the archangel Michael battled against “the prince of the Persian kingdom,” whom some believe was a demon exercising influence over Iran, the Persian realm.

As Satan grows more desperate by the hour, scrambling to stop the gospel from spreading, God is using the power of technology to frustrate his schemes and break through the darkest and most oppressive circumstances.

People in Iran -- and across the Middle East and North Africa -- are weary of being lied to and controlled. They hunger for religious liberty and open doors.

Evolving technology platforms are throwing open a new heavenly portal to them -- and the Light flooding in is setting them free.