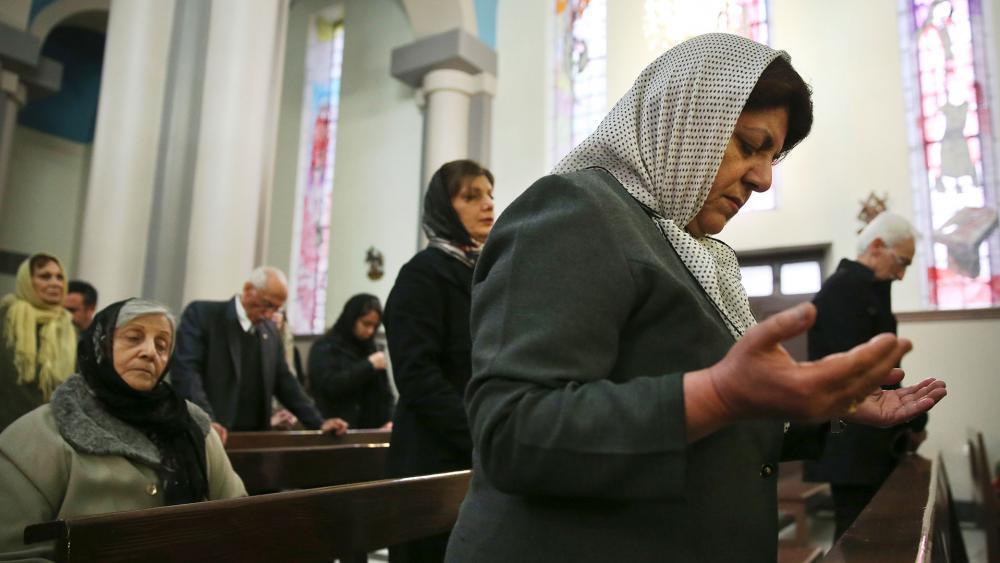 For years, mission groups have been talking about the rapid growth of Christianity in Iran and now a survey of Iranian citizens is backing up those claims.

Based in the Netherlands, the non-profit Group for Analyzing and Measuring Attitudes in Iran (GAMAAN) questioned 50,000 Iranians, 90 percent of whom live in the country.

The results showed that 1.5 percent of those surveyed identified themselves as Christian. Those numbers suggest there are probably hundreds of thousands of Christians in the Islamic Republic and could quickly be approaching one million.

Mike Ansari of Mohabat TV, a ministry that broadcasts the Gospel into Iran, told CBN News the survey is significant because it lends credence to what mission groups have been saying for years.

"Iranians are turning their back to their faith, to their institutional faith, and receiving Christianity as their new faith," Ansari said on CBN's Christian World News program. "One-point-five percent becoming Christian may not seem a big number, but for a country that is closed and persecuted towards Christianity that number is a huge indication of the Gospel growth."

Until now, the accepted number had been less than one percent of the population, but anecdotal reports suggested waves of people were turning to Christ in recent years. Those numbers are hard to verify, however, since Iran is officially a Muslim nation and the church is persecuted.

Satellite TV and other ministries are sending a message of love that appeals to the population and it's spreading organically from person to person, resulting in a huge explosion of the underground house church movement.

"The majority of the movement is happening underground and it's growing very, very fast," Ansari said.

However, rapid growth also presents a risk to the church because of a lack of biblical teaching and discipleship.

Many Muslim background believers come to Christ through the radio or TV and that isn't the best way to grow in faith.

"The church could be very vast, but it could be extremely shallow...theologically they're not solid. There's no access to the Bible, to Scripture as you and I have access to. There's no access to church," he said. "The church in Iran is quite scattered, it's very fragile and it really does need to come out of isolation. That's one of the major challenges that this young church in Iran is facing.

The survey also revealed that Iranians are turning from Islam. While the government claims 95 percent of the population is Shiite Muslim, only 32 percent of those surveyed identified themselves as such.

And 47 percent said they used to be religious, but are no longer religious at all.

"Iranians feel Islam is bankrupt, they have turned their backs to their faith, to their institutional faith, they're looking for answers elsewhere," Ansari said.

Those feelings extend to the government itself. According to a 2019 survey by GAMAAN, 79 percent of the population said they would vote against the Islamic Republic.