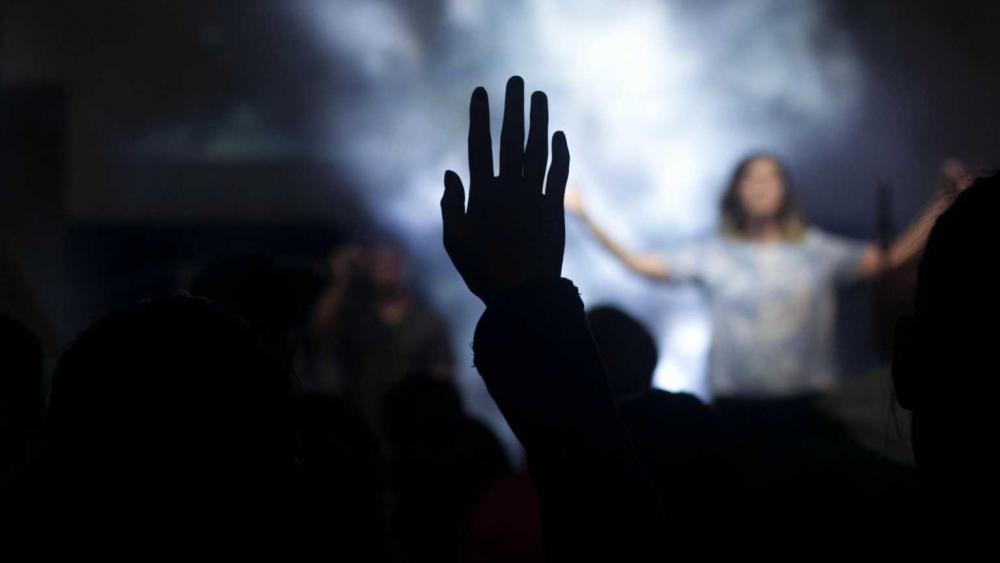 For Christians, Easter Sunday marks the end of Lent and the triumphant conclusion to Holy Week, when we pay homage to the death, burial, and resurrection of Jesus. But for believers in many countries around the world, those celebrations are often clouded by intense persecution.

David Curry, president, and CEO of Open Doors USA, an advocacy organization for persecuted Christians around the world and the creator of the annual World Watch List, told Faithwire believers in the U.S. and other Western countries have a responsibility to speak out about violence against Christians.

“We need also to speak out,” Curry said. “It’s not unreasonable [to expect protection] in these areas where leaders know that these sacred places — the churches, the places where Christians go to meet — that they are vulnerable. They know that.”

“We need to speak out so that Christian churches and all sacred places where people worship should be places that are protected by civil government,” he continued. “So that’s why there’s frustrations about Sri Lanka. That’s why there’s frustrations in Indonesia. Because there’s not so many churches in these countries that they can’t protect them.”

On Monday, the archbishop of Colombo, Malcolm Cardinal Ranjith, called for government officials to be held accountable for not doing more to prevent the deadly attack in Sri Lanka in 2019.

“It is absolutely necessary to prosecute, without hesitation, all those political leaders and officials — irrespective of the positions they held — for their failure to prevent the attack,” he said in a statement.

A presidential investigation into the bombings found that former Sri Lankan President Maithripala Sirisena and other top defense officials were guilty of ignoring prior intelligence reports that suggested attacks were coming. The report recommended criminal charges against the politicians.

The violent persecution believers around the world face is difficult to understand for many Christians in the West. However, there is, as Curry described it, “a rising sense of intolerance” in the U.S., “like clouds sort of coming over and casting shadows of persecution or intolerance, but it’s nothing near what is faced by people around the world,” he said.

“We should take the uncomfortable things we see within our context and expand our minds to understand there are some people for whom owning a Bible is a death sentence, for whom going to church means you may lose your job,” Curry explained. “Yet, they’ve counted the cost of their faith, and they’re still doing it and it’s a strong church, it’s a joyful church. There’s lessons we should learn from them.”

While believers around the globe are united in the joy of Jesus’ resurrection, many Christians in dangerous places are celebrating “secret Easter” this Sunday “because of the danger that they face,” Curry said.

Others, like those in Indonesia, will celebrate publicly, “knowing that there are governments, there are extremists who want to oppress them and, in some cases, hurt them.”

As Christians around the world gather — both publicly and privately — to celebrate Resurrection Sunday, we should be mindful of those facing persecution for their faith.

“They always ask, interestingly, that we pray with them, that we don’t look down on them — that sort of, ‘Oh, we’re gonna pray for you, our little brother,’” Curry said. “It’s not like that. They want us to be part of the same family. It’s so important to people, everywhere I go around the world, that they have a sense that they’re not forgotten.”

The Open Doors leader said he believes “the enemy always tries to isolate people” by convincing them they are alone in their sufferings, which can leave persecuted Christians feeling “so discouraged.”

“So I think we speak out,” Curry said. “We speak out for people who have no voice. We pray for them…This unity of spirit at Easter is incredibly important. It’s one of the things Jesus prayed, obviously, as He left: ‘Let them be united as one.’ And that is a big idea, because, so often, we’re divided. We have all kinds of disagreements to discuss and argue about that separate us, but the death, the life, the burial, and resurrection of Jesus is the unity of the church.”

“People who believe in the Easter story,” he added, “those are our brothers and sisters, and we need to stand together.”