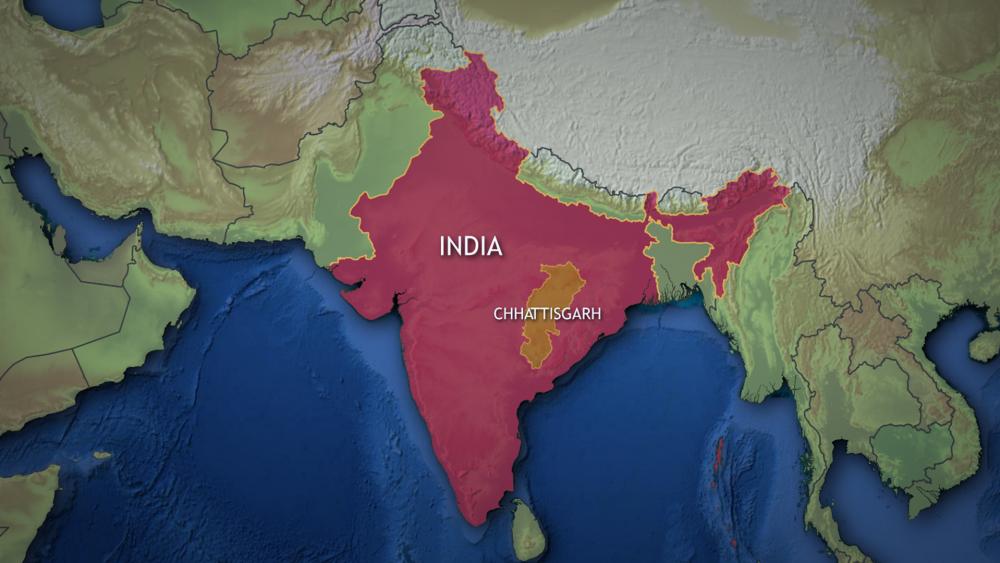 Members of several Christian families living in the central Indian village of Chhingur fled their homes after being beaten and told by a mob of religious extremists they were going to be killed unless they "re-converted" back to their ancestral religion.

Morning Star News (MSN) reports the incident occurred on March 10 in the Chhingur village located in the Bastar District of India's Chhattisgarh state.  A group of tribal animists tracked down the ten Christians who decided to remain in the village and threatened them with their lives.

"The village gathering threatened to beat us to death if we did not attend the ceremony," said Raidhar Nag, 21, who was one of the Christians who fled. "They stopped us from fetching water from the village well, obtaining the free government ration or even working in our own fields."

The mob forced the Christians to participate in the re-conversion ceremony.

"We fled from the village on the day of the ceremony, everyone in their own direction," Nag told Morning Star News. "Four Christian families hid themselves in the village itself. The villagers frantically searched for all of us on the day of the ceremony and found the members of the four families. They took them along and forcibly sprinkled some water on them as per the tradition and made them worship the tribal deities."

Anger among the mob of animists was triggered after a tribal animist asked Pastor Dularam Kashyap, a local Methodist pastor, to pray for him, according to MSN. The man had been ill for almost a year.  When the man died in the hospital two days later, the pastor said the villagers refused to allow the man to be buried in their cemetery, because he had asked the pastor for prayer.

The villagers then attacked the small group of Christians who had brought the man's body from the hospital for burial, and when Kashyap tried to intervene, he too was beaten, he told MSN.

The pastor and several others filed a complaint with local law enforcement officials, who reported an investigation is still underway. Police officers have visited with the village leaders and both sides have agreed to live peaceably. In the meantime, the Chhingur Christians have also demanded their own cemetery in order to quell the violence.

Asked whether any action had been taken against villagers for the forced re-conversion ceremony, the police station officer in charge said the villagers would have to "sort it out among themselves."

Christian leaders in the Bastar area said they are concerned about rising cases of intolerance and ostracization. The remaining Christians in Chhingur village are facing opposition every day, another pastor explained. "There is tremendous pressure on them to deny their Christian faith," he said.

Christians have been present in parts of the Bastar area for more than 150 years. The Christian population of Bastar District is 1.98 percent, according to the 2011 Census.