Denmark May Force Churches to Submit Sermons to Government 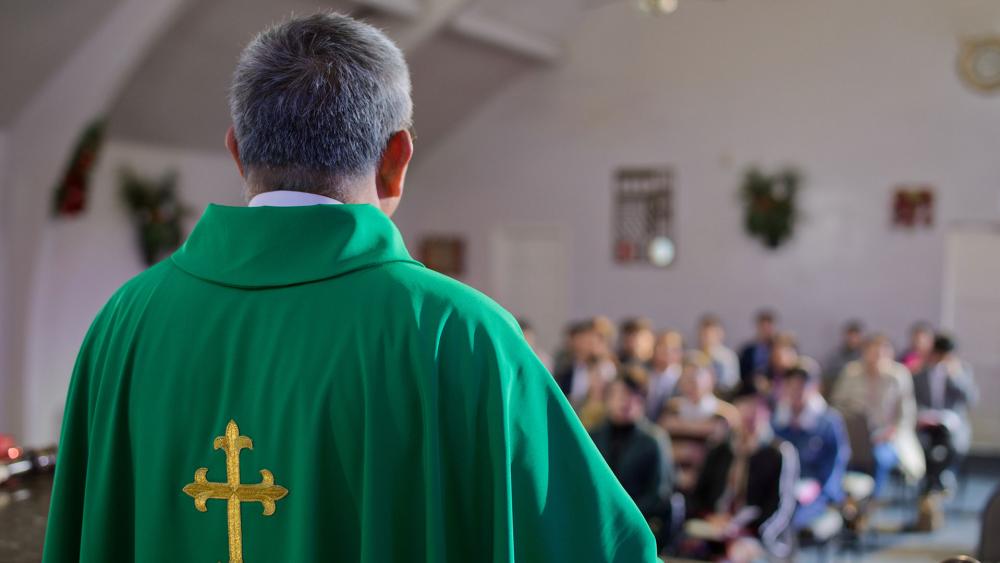 Christian leaders in Denmark say religious liberty and the freedoms of speech and expression have come under fire after a proposed law would require leaders of all faiths to translate their sermons into Danish and submit them to the government.

La Croix International reports the new measure is primarily aimed at radical Islamic groups, but it will also affect churches. It is scheduled to be reviewed this month at the Folketing, the Danish Parliament. The country has more a population of more than 270,000 Muslims, and most of the sermons in the mosques are preached in Arabic.

The government of Denmark has said the law is necessary to curb the growth of Islamic extremism.

Christian leaders are sounding the alarm about the proposed law and the dangers it represents.

Church of England Bishop Robert Innes wrote a letter to Danish prime minister, Mette Frederiksen expressing his alarm over the measure with what he describes as an "overly restrictive" bind on freedom of expression, according to The Guardian.

Innes told the newspaper he feared the law if backed in the Danish parliament, would be replicated elsewhere in Europe at a time when religious minorities were generally finding their freedoms being encroached upon.

"I am sure it comes from a genuine concern about the security of the estate and the monitoring of all religious minorities who might be perceived as a security risk," Innes said. "I share the ambition of the Danish government to ensure safety and security and the desire that all religious organizations in Denmark conduct their act peacefully, but to require translation of sermons into the national language goes too far."

"In a democratic society I would hope the government would strive for better cooperation with religious organizations than hastily resorting to legislation interfering with their freedoms," the bishop continued.

"This is a first which is why it is so important we find a way to address and encourage the Danish government to find another solution. Because my real concern is that if the Danes do it other countries may copy," he noted. "That would be a very worrying development indeed."

Innes told The Guardian that this is not an isolated incident, saying "Little by little, minority groups are being treated with increasing suspicion."

Leaders of the Evangelical Lutheran Church have also written to Danish government officials with their concerns. In a letter published in the Christian national daily newspaper in Denmark, Bishop Peter Skov-Jacobsen and his fellow bishops said, "… we are risking that the Danish State neglects the recognition of non-Danish speaking congregations as being part of the ecclesiastical and cultural life of Denmark. It would cause great harm, should the many Danish congregations abroad face similar action from foreign states. Passing the bill would furthermore damage the reputation of Denmark in the rest of the world."

The Rev. Smitha Prasadam, the Anglican chaplain in Denmark, told the national Danish daily newspaper, Jyllands-Posten, her concerns about sending translated sermons to the government.

"Any sermon depends on Biblical text and context; the scripted and unscripted; the dynamic between preacher and congregation …  in a translation, how would nuance, meaning, and emphasis be carried?" Prasadam asked. "There is a degree of sophistication which would demand more professional skill which would then carry time and financial implications. Sermon preparation varies in content and delivery. Sometimes I write out the whole script. Other times headlines or bullet points only. Sometimes (even when I have a whole scripted sermon to hand) I preach off the cuff as prompted by the Holy Spirit."

Innes also told the website Anglican Ink that requiring preachers to send their sermons to the government after being translated into Danish is against the freedom of speech.

"Proposals to require translation of sermons into a national language are illiberal and anti-freedom of speech. We have tended to devote effort on protecting religious freedom of expression and belief outside Europe," he explained. "We're now also seeing an urgent need to act on these fundamental issues across Europe itself. The consequences of restricting these freedoms are concerning and far-reaching."

Other European churches have also relayed their concerns about the proposed law. These churches include the Lutheran World Federation, the Roman Catholic Commission of the Bishops' Conferences of the European Union, and the Conference of European Churches.