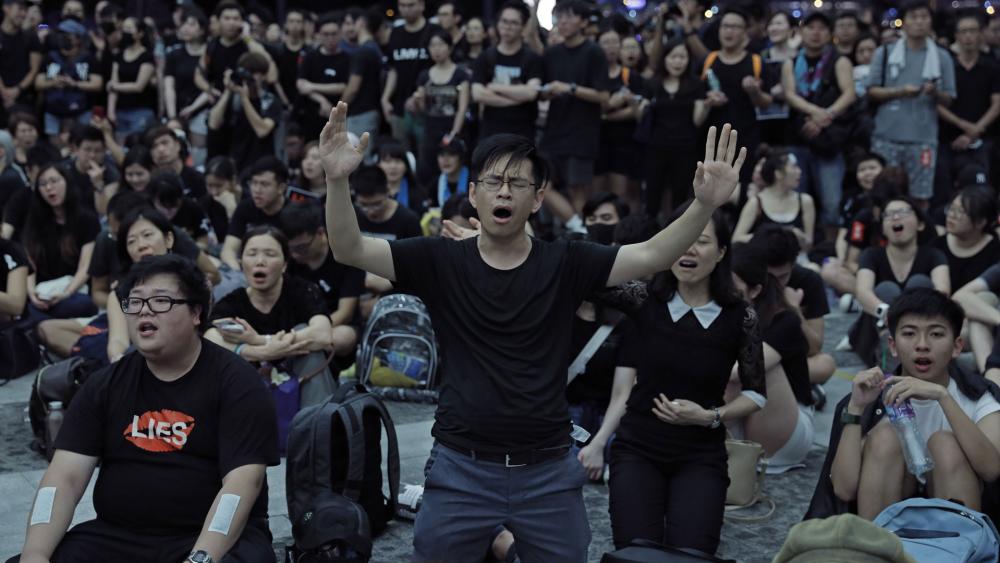 Pro-democracy protesters sing after a march against an extradition bill outside Hong Kong's Legislative Council on June 16, 2019. (AP Photo)

More than 500 churches in the United Kingdom have joined a nationwide initiative welcoming immigrants from Hong Kong.

The legal immigrants are fleeing a Chinese communist crackdown which has taken away the freedom of speech and religious liberties and has landed pro-democracy activists in prison.

A website, UKHK.org, has been created to help the estimated 130,000 people expected to seek refuge in Britain this year.

The website can be read in English or Cantonese and will help the new arrivals with navigating schools, finding jobs, health care, and even finding good restaurants that serve Cantonese food.

Hundreds of churches signed up to be "Hong Kong Ready" through the website which was launched after the UK government opened the door to Hong Kong holders of the British National Overseas (BNO) passport, according to Christian Today.

Hong Kong was a British colony for 156 years until it was returned to mainland Chinese control on July 1, 1997. China formed the special administrative region of Hong Kong, which had maintained governing and economic systems separate from those of China's communist regime.

As CBN News reported last May, pro-democracy protestors took to the streets after communist leaders enacted a national security law over the Hong Kong region that cast a wide net over anything that could be viewed by Beijing as anti-government.

The law has led to the arrest of several pro-democracy leaders, including Christian Joshua Wong.

Religious freedom activist Bob Fu told Christian Today that the crackdown has been so severe in some areas of the region that it is actually worse than mainland China.

"There is arbitrary detention, massive surveillance, and a huge crackdown of legally elected legislators," Fu described. "One church has had its bank account frozen, just for considering helping victims of political persecution."