750 People Massacred at Ethiopian Church, Alleged Hiding Place of the Ark of the Covenant 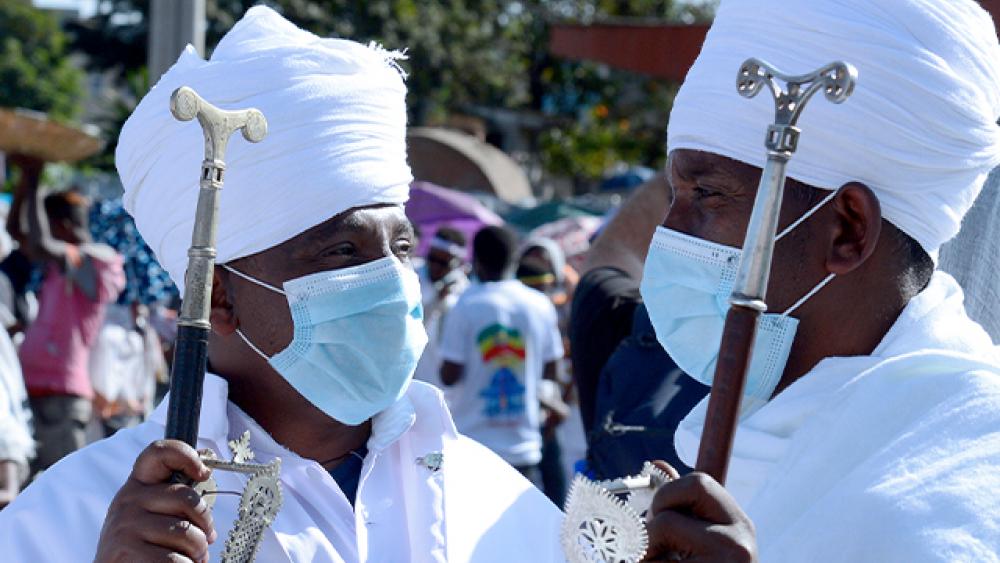 Ethiopians at the church in Addis Ababa, Ethiopia, during the Timket festival, Jan, 18, 2021, an Orthodox Christian occasion (AP Photo)

Numerous media outlets are reporting the massacre of 750 people at the Maryam Tsiyon Church in Aksum, Ethiopia.

The church, which claims they have the Ark of the Covenant in their possession, was reportedly attacked by Ethiopian government troops and Amhara militia, according to several eyewitnesses. The Belgium-based NGO Europe External Programme with Africa revealed the attack against the Church of Our Lady Mary of Zion.

Aksum is located in the Tigray region of the country and has seen heavy fighting since Nov. 4 when the region's ruling political party known as the Tigray People's Liberation Front (TPLF), captured the army base in the regional capital Mekelle.

That uprising was supposedly stopped after Ethiopia Prime Minister Abiy Ahmed ordered a military operation.  On Nov. 28, Ahmed announced military operations had ceased and federal troops controlled Mekelle, according to Reuters. But the TPLF continues fighting a guerilla war.

The UK-based Church Times reports accounts of the massacre have come from witnesses who fled Aksum and walked more than 124 miles to Mekelle.

At least 1,000 people were reportedly gathering around the church when the attack began and many were shot on the square in front of the church, according to Christianheadlines.com.  Local residents said they believed the church was attacked in order to remove the Ark and take it to Addis Ababa.

"People were worried about the safety of the Ark, and when they heard troops were approaching feared they had come to steal it. All those inside the cathedral were forced out into the square," Martin Plaut, former BBC World Service Africa editor and senior research fellow at the Institute of Commonwealth Studies, told the Church Times.

Plaut added the church was not damaged, and the Ark may have been hidden before troops arrived on the scene, but none of that can be confirmed.

The website Eritrea Hub posted video footage of the aftermath of the massacre. It shows residents identifying one of the bodies of the 750 people who were reported killed in the attack.

The Ark of the Covenant is believed by Ethiopian Orthodox Christians to have been hidden in Aksum by Menelik I, the son of King Solomon of Israel. The kingdom of Aksum was one of the four great powers of the ancient world, and the town of Aksum is a UNESCO World Heritage Site, according to the Church Times.

The Ark is supposedly housed in the Chapel of the Tablet located in the church complex. It is hidden from view.  Only one priest is allowed inside the chapel. The chapel has been documented by various television programs, including CBN News back in 2009.

In 2019, explorer Josh Gates was allowed a short interview with the priest who is reportedly the Ark's caretaker but was not allowed inside the chapel to view or to photograph the Ark.

Humanitarian organizations have been unable to access the Tigray region to provide relief services. The United Nations estimates at least 2.3 million children have been cut off from food and other aid. More than one million people have fled the fighting with more than 50,000 refugees fleeing into neighboring Sudan.