CBN News Exclusive: Human River of Migrants, Misery Flowing Between Colombia and Panama, Headed to US 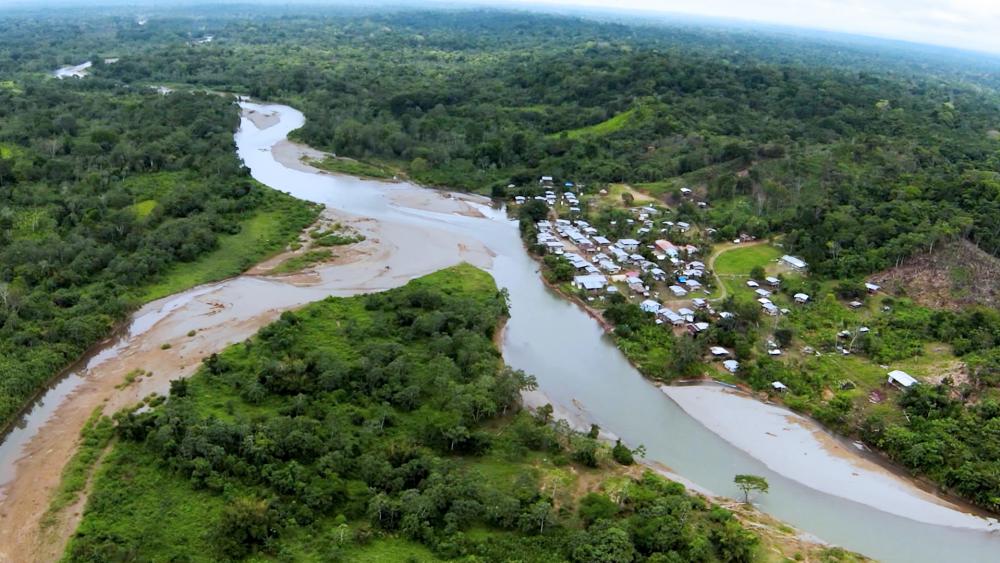 6258815386001
CBN News Exclusive: Human River of Migrants, Misery Flowing Between Colombia and Panama, Headed to US

DARIEN GAP, Panama - There's a flash flood of human misery flowing down this swollen river deep in the Darien Gap located between Colombia and Panama. Rarely seen numbers of people from across the globe are taking chances on the six-day walk through the jungle, heading for the U.S.

Many never make it out alive.

Bajo Chiquito is the last outpost of civilization between Panama and Colombia. The lifestyle of the Embera Indians who live here hasn't changed much in hundreds of years. They still rely on the river for everything from food to transport. With no running water or electricity, the one thing this village now has is too many visitors.

Migrants emerge from the jungle in small groups throughout the day. Many of them are exhausted, sick, and injured, suffering everything from parasites to trench foot.

It's a three-hour ride upriver to the village in a dugout canoe, and on the way, you get a sense of the scope of the problem.

About 45 minutes away from Bajo Chiquito, the CBN News team was being passed by hundreds of migrants in boats heading down to the next camp closer to the Pan-American highway.

By the time the CBN News team got to the village, more migrants had already replaced the ones we passed on the river. More than 300 people per day arrive at Bajo Chiquito, and the one volunteer medic working in the village is completely overwhelmed. So is the city's rudimentary sewer, leaving the entire village smelling like human waste.

"We have no electricity here, look how we are living!" one villager told CBN News. "The migrants keep coming, more every day. We are in a very difficult position."

Also coming along on this trip was U.S. Rep. Tom Tiffany (R-WI).

"Well the reason I went down to the Rio Grande and now down to Panama is I wanted to see it for myself," he told CBN News. "To see if it was as bad as was being represented. When I went to the Rio Grande, it was clearly worse. And it's happening down here also in the Darien Gap. This is an incredibly arduous journey and we see it right here. I mean, people's feet torn up. We just saw a woman being carted around in a wheelbarrow. It is awful what's going on and there's no reason for it."

CBN News heard many horror stories from the people as they stepped out of the jungle.  They were just literally finishing their walk as they come out of the jungle, limping their way in, in very bad shape and they were all telling us, "There are so many people dying out here."

"They have a population of almost 500 people," Tiffany said. "They've had over 1,000 migrants at a time that are going through here and it's completely disrupted this community."

We encountered more of these stories from a group of Haitians who were not coming from Haiti. They were coming from Chile and Peru. One of them had spent eight years in Brazil, making a new life there. They're also making a life in Peru. It's all better than Haiti. They are not being persecuted in their new homes, but they've decided now is the time to go to the United States.  And the question is why?

"It can be stopped, if the Biden administration would just say, 'OK, we're going to reverse what we did back on January 20th. We're going to secure the border once again.' Because that's what's unleashed this. And it's overwhelmed this community of Bajo Chiquito," Rep. Tiffany said.