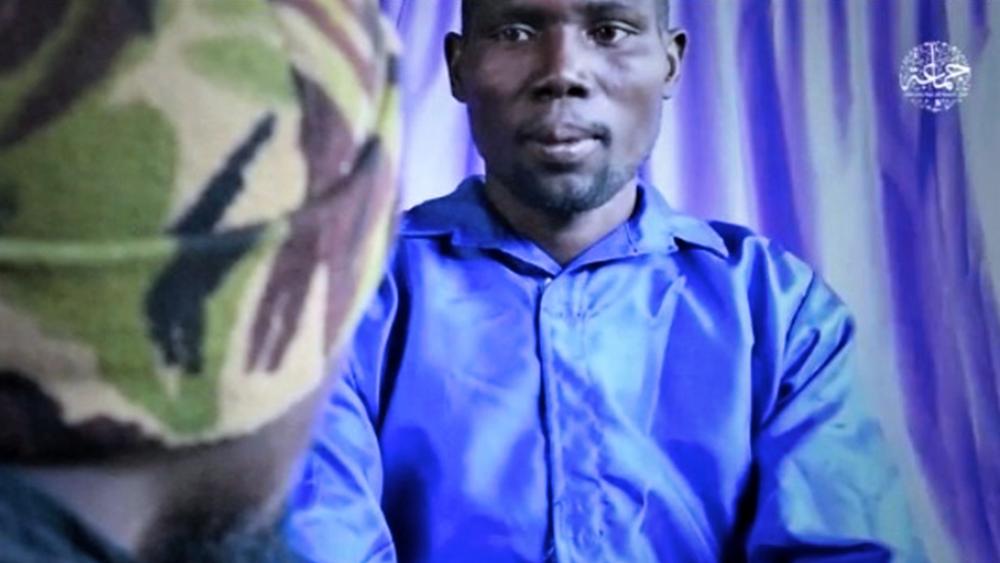 A Christian pastor who was abducted from northeastern Nigeria in December by Islamic extremists reportedly says in a video that they will kill him on Wednesday (March 3) if their ransom demands are not met.

Morning Star News reports in the new video which was sent to Nigerian online news outlet Human Angle, Pastor Bulus Yikura of the Church of the Brethren in Nigeria (EYN) identifies himself and pleads for government officials and Christian leaders to negotiate his release.

"I'm calling on President Muhammadu Buhari and the governor of Borno to help me because I have been given a one-week ultimatum today, Feb. 24," Yikura reportedly says in the video. "If you want me alive, I beg you in your capacity as president, the governor, and our local government chairman to save me from this suffering."

"Please pray for me," the pastor reportedly says. "Today is the last day I will have the opportunity to call on you in your capacity as my parents and relatives in the country. Anyone who has the intention should help and save me. Please release me from this pain."

Human Angle also released a screenshot from the latest video showing one of Yikura's abductor's wielding a knife as he stands behind the kneeling Pastor Yikura and reported that the deadline to receive ransom money ends on Wednesday.

The video came from the Abubakar Shekau-led faction of Boko Haram, according to the media outlet.

This was the third video released by Boko Haram showing the pastor. He also appeared in a video released a few days after he was abducted and in another one released in early January, the Human Angle reported.

According to witnesses, Yikura was abducted by the Islamic extremists on Dec. 24 in Pemi village near Chibok in Borno state.

As CBN News reported in December, Boko Haram militants were suspected in the attack that killed 11 villagers. The militants also set fire to a church.

Also in December, 344 students were abducted from the Government Science Secondary School Kankara in Katsina State. They were eventually released.

The group's leader, Abubakar Shekau took credit for the attack, indicating that the children were being punished for "un-Islamic practices."

"Christians are the primary target because they are not Muslims. The radicals want to turn them into Muslims by force and if they refuse, they will kill them or turn them into sex slaves," Djadi said.

"They also attack moderate Muslims who don't share this radical interpretation of Islam," he said.

Nigeria was the country with the most Christians killed for their faith last year (November 2019-October 2020), at 3,530, up from 1,350 in 2019, according to Open Doors' 2021 World Watch List. In overall violence, Nigeria was second only to Pakistan, and it trailed only China in the number of churches attacked or closed, 270, according to the list.

Nigeria also led the world in a number of kidnapped Christians last year with 990, according to the report. In 2021, Nigeria broke into the top 10 countries for the first time, where it is most difficult to be a Christian, jumping to No. 9 from No. 12 the previous year.