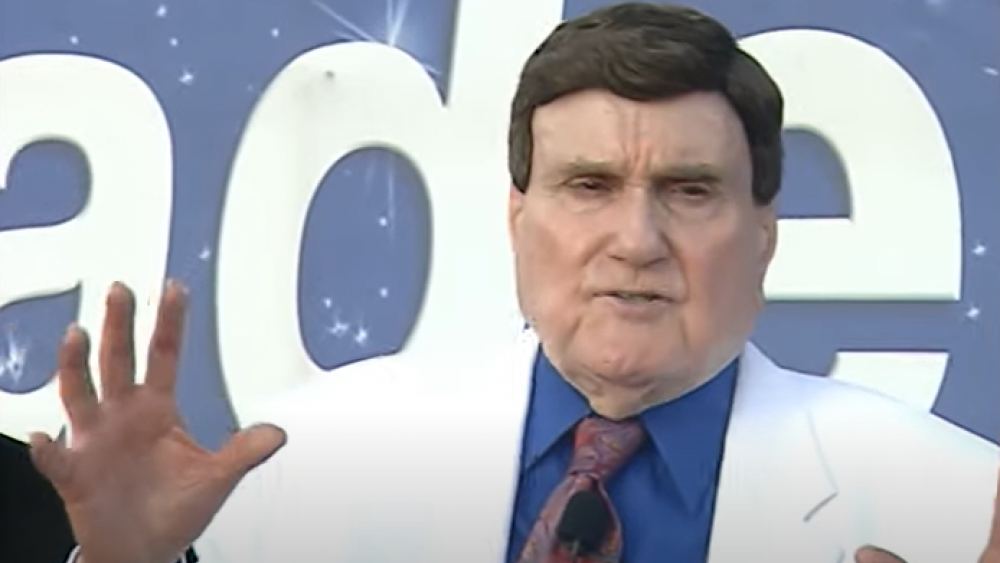 Rev. Ernest Angley passed away on Friday at the age of 99, according to an announcement shared through his ministry.

"Pastor, evangelist, and author Rev. Ernest Angley has gone to Heaven to be with His Lord and Master at 99," read a statement on the website of Ernest Angley Ministries. "He touched multitudes of souls worldwide with the pure Word of God confirmed with signs, wonders, miracles, and healings. He truly pleased God in all things."

Pastor, evangelist and author Rev. Ernest Angley has gone to Heaven to be with his Lord and Master at 99. He touched multitudes of souls worldwide with the pure Word of God. He truly pleased God in all things. Check https://t.co/B971tJYfFf for updates. pic.twitter.com/iS35gDxuvG

At the age of 20, he attended the Church of God Bible Training School in Tennessee and met his wife, Esther Lee - known as "Angel." She was 49-years-old when she passed away in 1970.

The couple appeared together in tent revivals, auditoriums, and churches throughout the south before moving the ministry to Springfield Township, southeast of Akron, in 1954.

Within a few years, the church had matured from a pop-up tent in a parking lot to a $1 million building that drew thousands of followers a week.

Angley also aired his services on radio until he bought WBNX-55, which has been in operation since 1985.

But he also drew controversy when he was arrested in Germany in 1984 over charges of fraud and practicing medicine without a license. And he was criticized by officials in Guyana, South America in 2006 for allegedly claiming that he could cure AIDS.

In 2018, a former employee who worked for Angley accused him of harassment and molestation but the reverend dismissed the allegations as "a bunch of lies."

The preacher countersued later that year and the case was settled for an undisclosed amount in February 2020.

Angley's cause of death has not be released and funeral arrangements have not been made public.