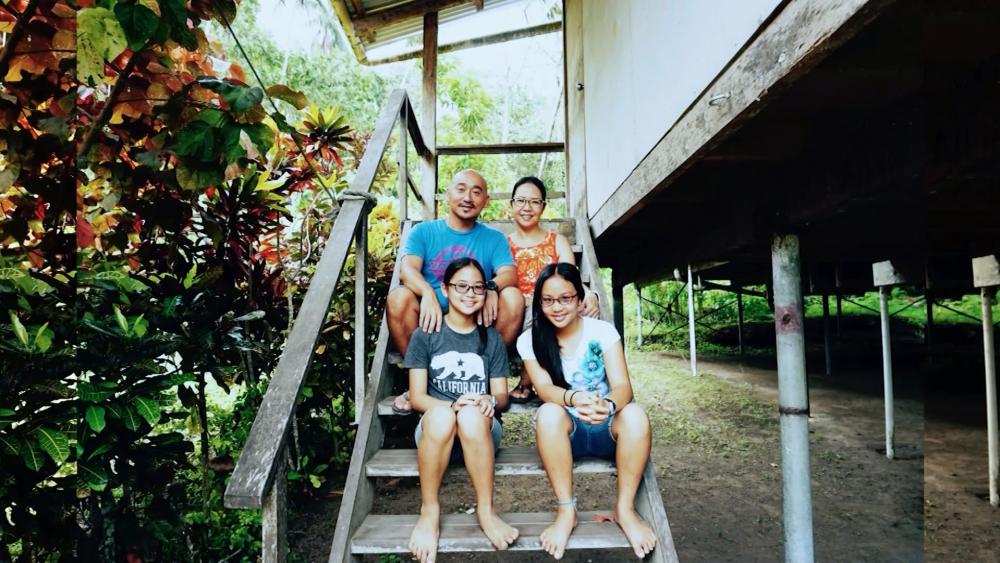 In 2009, Wayne Chen, who is Taiwanese by birth, left a comfortable life in Silicon Valley, California, and moved his family to Biem Island in Papua New Guinea to be missionaries.

The volcanic island is only three kilometers across and is populated by about 2,000 indigenous people. It has no freshwater or modern conveniences like electricity and the Internet and is only accessible by small boats.

For nearly ten years, the missionary family faced the constant threat of malaria and the recurrence of his wife's cancer.

"Just surviving there day-by-day, facing dengue fever, malaria, and things like that, you wouldn't say these things are 'worth it,'" Wayne said. "But as Christians, I don't think the question should be how we feel about these things. The question is: as children of God, how should we interpret all these things that we experience in our lives?"

Wayne and his wife, Gail, spent three years learning the language and culture, and creating a Biem alphabet so they could clearly communicate the Gospel. They taught the people how to read and write in their own language, and began to tell the story of Jesus' death and resurrection, leading people to accept Him as Savior.

A local church was established in 2012, and the next year, 11 people were baptized. In 2016, the first local elders were ordained and traveled to another island 25 kilometers away to share the Gospel.

"Before I believed in Christ, I did lots of bad things," one Biem man said. "I took drugs, I lied, I hated… Whatever people of the world did, I did it too, but when I trusted the Lord and became a child of God, it was like becoming a new person. When I became a child of God I was so happy. God's word came into my life and made a huge transformation."

A Biem sister said, "Before, I didn't know what grace was. After taking the literacy class and beginning to read the Bible, now I understand what grace is."

For the family, growing their own food, building their own house, and doing everything for themselves was a big challenge. However, for Wayne, as a husband and father, the biggest struggle was not being able to guarantee the health and safety of his family.

Especially difficult was the lack of medical resources for Gail, who was suffering from cancer.

"Someone directly told me: You don't have the right to make this decision for your children and take them to a place like that," Wayne said.

"In the end, I had to search my own heart," Wayne said. "What was I trusting for protection? Was it what I could provide as a father, or was I simply trusting that God would take responsibility for our lives?"

Leaving his comfort zone to minister in another culture, Wayne understood there would be a price to pay, but when his own faith faltered, he kept asking himself, "What is it that I want to pour out my life for?"

Gail continued, "Actually, we don't always look at things from an eternal perspective either. We understand completely. We're just like everyone else. We live in the same world, but we know that God is with us. And even if we have to face death, we know that God is our dwelling place, and this explains so much to us because we know he loves us."