'We Need More Bibles': Ukrainian Store Runs Out of Bibles as Some Encounter Scripture For 'First Time Ever' Amid Russian Crisis 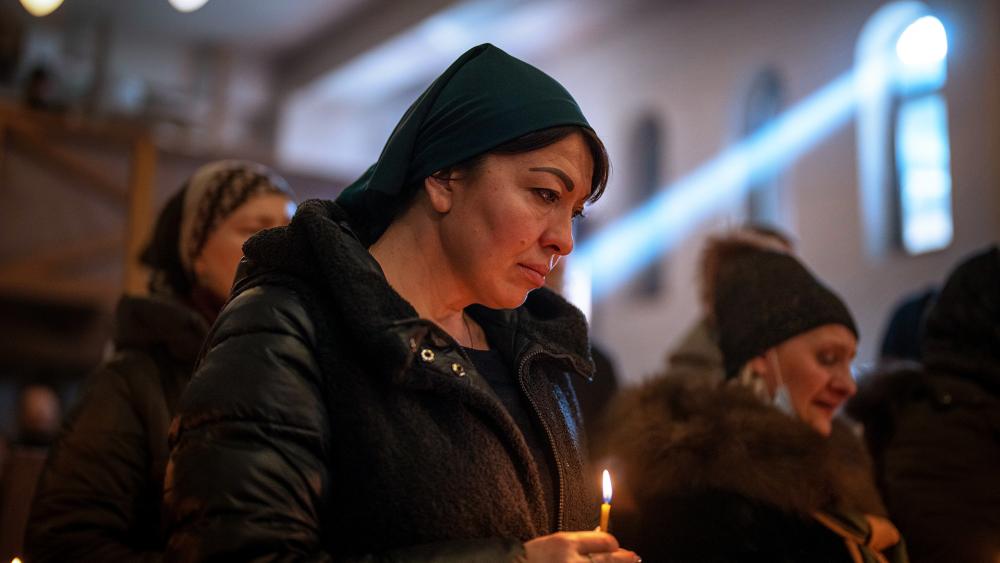 The thirst for hope and the spread of uncertainty have been so rampant in Ukraine that at least one Christian store has totally run out of Bibles.

LISTEN TO THE LATEST EPISODE OF THE FAITHWIRE PODCAST:

Robert L. Briggs, president and CEO of American Bible Society, wrote a commentary Thursday for Christianity Today, explaining how Christians in Ukraine are responding to the Russian crisis.

“As people grapple with unknown, many are experiencing the Bible’s message for the first time ever,” Briggs wrote. “According to [Anatoliy Raychynets, deputy general secretary of the Ukrainian Bible Society], priests and pastors over the past weeks have been flocking to the Bible Society store in Kyiv to buy Bibles.”

The situation has been so intense the store reportedly ran out of Bibles, with Raychynets telling Briggs their biggest challenge is getting enough copies of scripture to meet the demand.

“We need more Bibles,” he said.

Raychynets also revealed another crucial restorative detail about his relationship with Christian leaders in Russia, revealing that they communicate and have been united in Christ.

In a world of such toxic division — and amid tensions that do anything other than unite opposing sides — this is a powerful testament to the fruit of the Gospel in people’s lives.

“We speak to our colleagues in Russia,” he told Briggs. “We church leaders speak to one another, and we pray together. We are united in the Lord.”

As Faithwire previously reported, the Ukrainian people’s faith has been stunning to see.

This week, CNN captured a touching moment during which Ukrainians kneeled in prayer. And Raychynets previously shared how Christians and Jews have come together to pray Psalm 31 over their plight.

“For me, as a pastor, that Psalm … well, I read it differently now, because it’s about our current situation in Ukraine,” Raychynets told Eternity News. “This ancient prayer — written several thousand years ago — now we see is so alive, is living.”

Please continue to seek God on behalf of the people of Ukraine. The Archbishop of Canterbury, Justin Welby, invited the world to join him in prayer on Sunday.