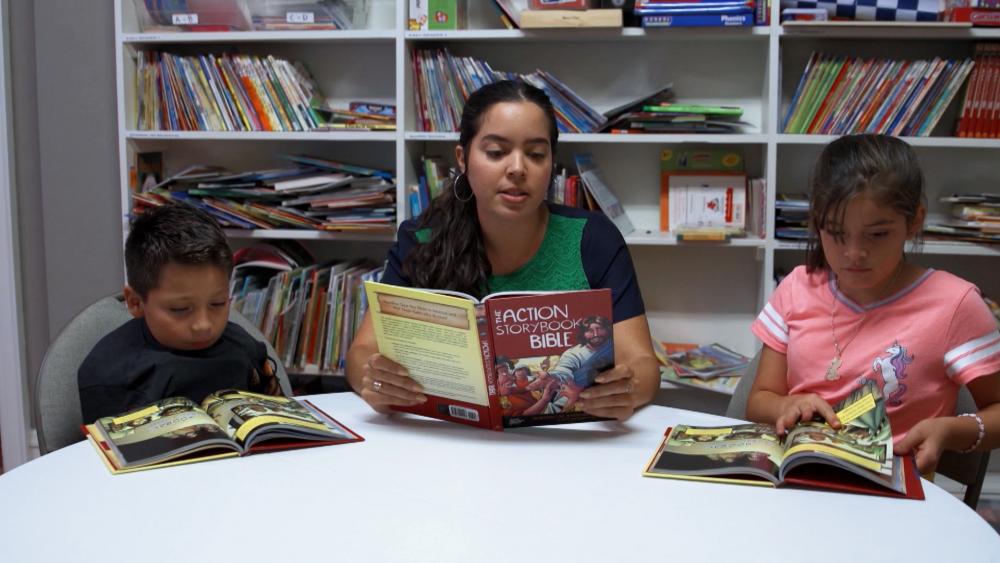 A Virginia woman is seeing her effort to connect children to the Word of God reach new heights. What started with a prayer walk around a public school is now the global ministry "Bibles in Schools."

"Hi, my name is Hannah Sailsbury, and I'm an elementary teacher in Virginia in a public school," Sailsbury says at the beginning of a promotional video posted to YouTube.

CBN News first caught up with Sailsbury in 2019.  A public school teacher at the time, she said God put it on her heart to donate Bibles to school libraries.

"And there was one particular day that I prayed that Jesus' name would be mentioned in the classrooms and hallways of our school," she continued. "And little did I know that that prayer got answered in bigger ways than I could have imagined!"

Those bigger ways include the Bibles in Schools non-profit organization Sailsbury founded.

"And God really opened my eyes to realize if we have this old Bible in our school, how come we don't have a more engaging Bible that's fun, that has pictures in it?" she asks in the promotional video.

Now we fast forward to today to see the ministry's global impact. Sailsbury says her organization has provided Bibles to more than 1,500 school libraries in 43 states. In addition, Bibles in Schools has also reached six countries outside the U.S.

"There's a pastor in South Africa, and he heard about Bibles in Schools from The 700 Club interview. And he said, 'I wanted to get started where I live,'" she explained. "And he started donating it to a public library, a preschool, and another school."

"And he's having requests just like us! It's been just two years, but librarians are writing us back, saying they want more copies because it gets checked out so much," Sailsbury told CBN News.

The Virginia woman says the need has been so great that she resigned from teaching to work full-time on "Bibles in Schools".

"I never pictured going full-time with this. I was doing this because I saw God moving; I saw Him working," Sailsbury shared. "And I knew I had to be obedient to what He had called on my life, and this is what He wanted me to do. And I could see the need!"

A woman by the name of Abijah from Kenya also learned about the ministry through CBN's The 700 Club. Kids in an after-school program needed the Bibles.

"Actually, almost all of them did not have a Bible, and I used to cry to God and wonder, 'How can I get Bibles to these children?'" explained Abijah in a video. "As a stay-at-home mom now for the past five years, I really don't have a source of income yet, and I don't know what to do.

"But I need Bibles for these children, so it became a cry in my heart," she continued.

"She reached out to us, and of course, my thought was, 'Well, how are we going to get Bibles to Kenya?'" Sailsbury told CBN News. "But we were able to partner with Bible Society, and her brother drove three hours to get the Bibles.

"And we donated 50 engaging Bibles to those students that she teaches in an after-school program," she continued.

"Amazingly, she responded," said Abijah. "That gives me such hope, and now the process has begun, and the rest is history."

"Thank you for the Bibles," the children exclaimed in a video, repeating Abijah. "God bless you," she continued, followed by the children saying the same thing.

Kids overseas aren't the only ones benefiting from "Bibles in Schools."

"My favorite story in the Bible is when Jesus died on the cross for us, and that let me know how God loves us so much," said Anna Layton, who reads The Action Storybook Bible.

"It's easier for us to understand with that Action Bibles because most of the time we can't understand the words, so the pictures can help us," her sister, Libby, explained.

"I like Noah's ark," shared Londyn Ashley, who also reads the storybook Bible. "I like the pictures when the animals were going on the boat."

And the children are also spreading the good news.

"I've shown it to my cousins and my friends when they come to visit," said Brooklynn Ashley.

"I asked if anyone wanted to read the Bible with me, and one of my friends said, 'Yes,'" shared Trystan Gaster.

Plus, the children understand the big picture of Sailsbury's work.

"I like how she put Bibles in the library because that's how people know that God is with us all the time and that how kids can read more about God, and then that He loves us so much," said Anna Layton.

"The Bible is a living Word, and it's active, so just get the Bible in people's hands, and God will do His work and work through His Word," exclaimed Sailsbury. 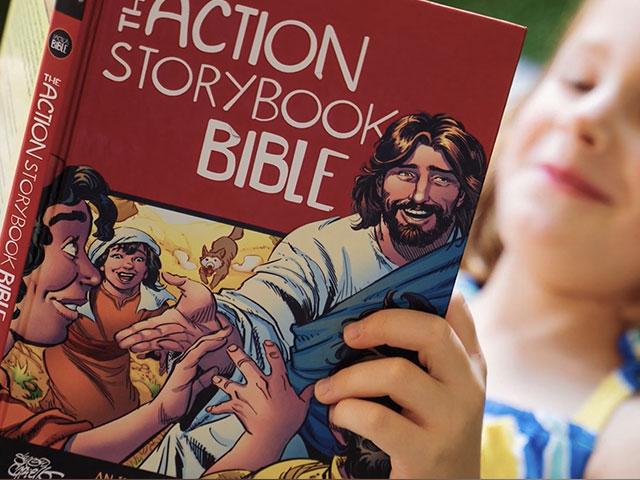 Virginia Public School Teacher: Don't Be Afraid to Donate a Bible to Your Local School 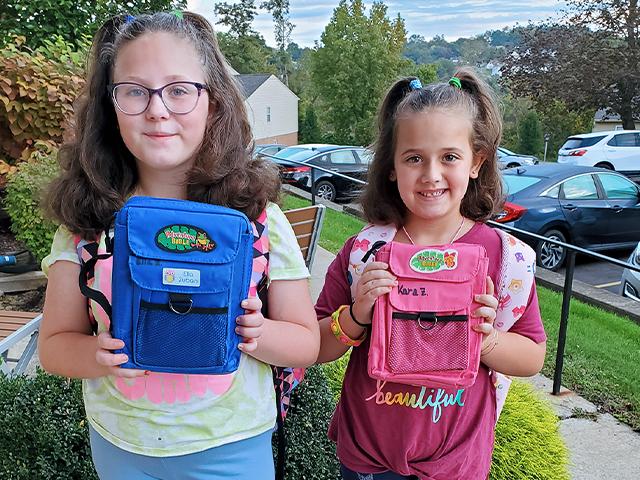 MUST SEE PHOTOS: Students Across US Participate in 'Bring Your Bible to School Day'