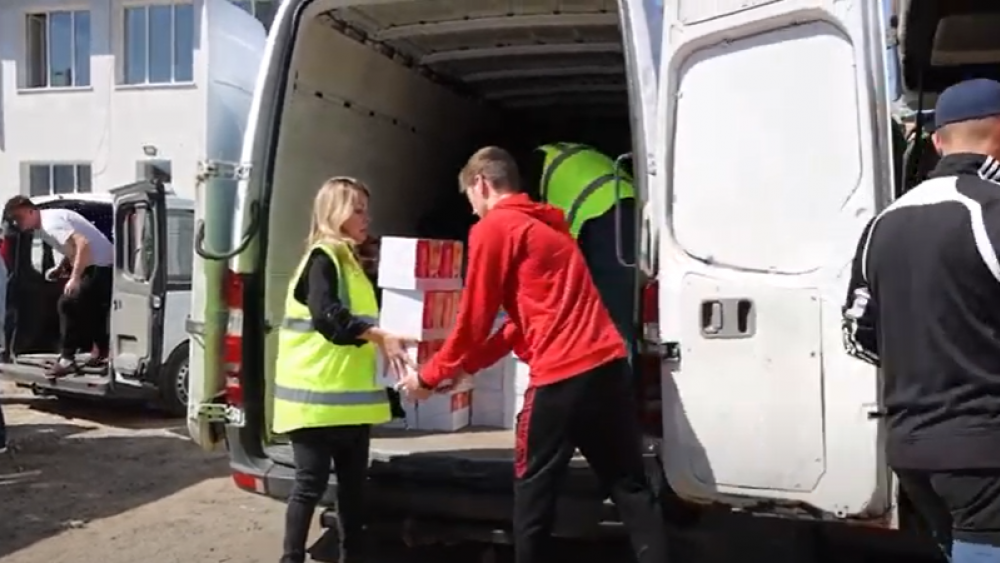 An American couple is heading to Ukraine's border for the fourth time to help rescue women and children, provide food and shelter, and share the gospel message of hope.

Kirk and Violeta Nowery of Hope Partners International have dedicated their lives to helping impoverished people worldwide. With 10 "Hope Centers" across the globe, they're able to provide safety and necessities for people in need.

Since the war in Ukraine began, the non-profit has helped nearly 11,000 men, women, and children cross the border to Romania.

The Nowery's also arrange daring rescue missions with pastors driving vans into war zones to save refugees and bring them to safety.

The LGBT agenda in schools is just one reason people are choosing to homeschool. Kirk Cameron spoke to CBN's Quick Start Podcast about it. Listen here:

As Russia continues its land grab in Eastern Ukraine, the refugee crisis inches toward unprecedented numbers. More than 14 million people have been displaced from their homes since Russia invaded Ukraine.

Seven million have fled the country altogether - many escaping with only a suitcase.

"Our mission is to rescue children and transform their lives in Jesus' name," said Kirk who is CEO of the ministry. "Hope lies in Jesus Christ. And the first hand that reaches out in any disaster in the world ought to come from God's people who represent the hands and feet of Jesus."

Tuesday marks 111 days of war, and most of Ukraine's Eastern border is now under Russian control. In Mariupol, a Russian flag hangs over the city's entrance and local monuments have been repainted in Kremlin colors.

One refugee named Oksana shared her gratitude toward the Nowery's after escaping with her life.

A Russian bomb forced Oksana and her daughter to leave their home. Rubble and ash are all that's left.

"My mother is still in Mariupol and my home is destroyed," said Oksana.

Russia is once again being accused of war crimes after several cluster bombs killed hundreds of civilians in Kharkiv.

"We talked to a family here just a week ago. Grandparents in Ukraine watched their 15-year-old get shot in the back by Russian troops," said Kirk.

Hope Partners International is raising money for another rescue van, which doubles as a transport for food and supplies to give to people still in Ukraine.

"We send three vans each week with food, water, and medical supplies and take them to a town called Ishmael," Kirk explained. "And Christians on the other side bring their vans and offload their supplies."

Those vans are then loaded up with refugees fleeing the war.

They're taken to their Hope Center located in Constanța, Romania. Kirk says the vans they've used are constantly in the shop because of their high mileage.