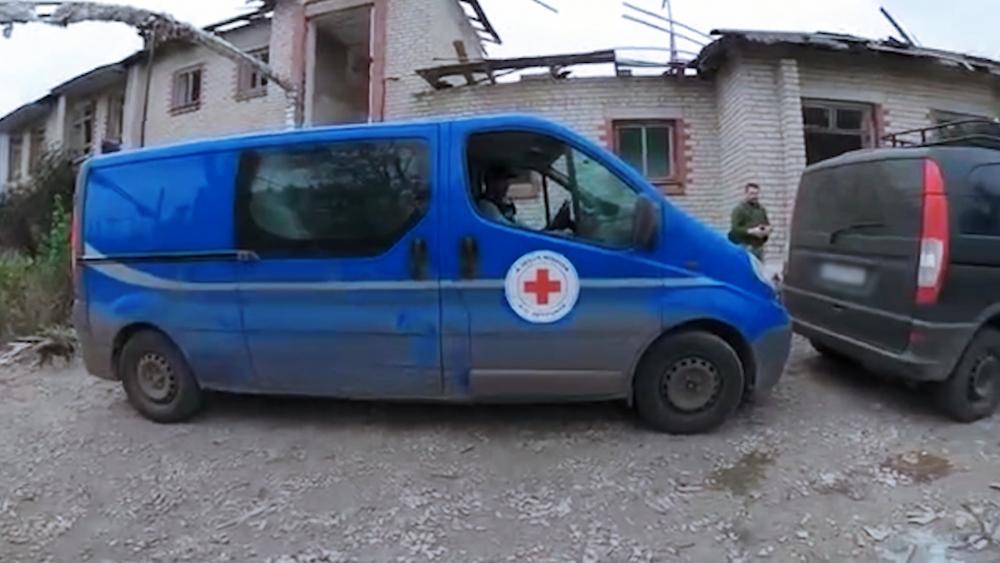 KYIV, Ukraine - More than 40 Russian missiles rained down on Ukraine on Monday, targeting the country's critical infrastructure. Eighty percent of Kyiv residents lost water and many have no electricity. One group of Americans has been stepping up to help keep Ukrainians warm as the cold winter weather settles in.

Rolling blackouts are hitting Ukraine's capital for the first time since the beginning of the war.  Here at the city's largest power plant, technicians are working day and night to repair the system, under constant threat of renewed attacks by the Russians.

Kyiv District Mayor Dmitro Ratnikov told us, "There was not a single military object among the targets, not one! The enemy wants ordinary citizens to have neither water nor light nor heat - to watch them freeze in front of the whole world."

We have to be very careful about what we film in regard to the power structure because everything power-related in Kyiv right now is a target. But the Ukrainians are working very hard to put together teams of people who can fix things that get broken very fast.

Oleksandr Kharchenko is the director of the Energy Industry Research Center. "The situation is quite difficult," he explained. "Up to 30 to 40 percent of the energy infrastructure have been damaged in some way. Together with the emergency services we are renewing the damaged substations. The energy system is manageable."

"Once the assaults have stopped, it will take us from two to three months before the Ukrainian customers will find themselves without any restrictions," he said.

So far residents of Kyiv are enduring the sporadic outages without losing their spirit, bolstered by news about continued gains by their forces.

"Kyiv will stand, Ukraine will not fall," said resident Dmitro Ratnikov. "Everyone from the office of president to the municipal worker - men and women, united. Some on the battlefield, some in the rear, we believe in ourselves. We have nowhere to retreat. Nowhere to go from here. We are defending our land."

But closer to the front lines, in many liberated settlements across the east, this winter will be more than difficult, and without modern conveniences it could be deadly.

Tyler Ryals with A Jesus Mission said, "All the normal things that they could count on for winter, that's all been disrupted. And so it's going to be very difficult for a lot of people to survive this winter."

***Please sign up for CBN Newsletters to keep receiving the latest news you need from a Christian Perspective.***

These American missionaries are stepping into the gap with a fleet of vans to distribute aid to remote villages near the front lines.

"A couple of us got a harebrained idea and said, 'Hey, let's buy some vans and see what happens.' And now we have seven vans and we've had 40 drivers come out so far and it's been awesome," Tyler said.

"I'm a nobody, we're nobodies. We don't have qualifications, we're just trying to fill that gap however we can, with food, water and wood stoves."

Driving supplies into an active war zone carries a hefty amount of risk, but these volunteers say their calling is greater than the danger.

"None of us get paychecks to do this. We're all volunteers, many of us spend our own money to fill gas tanks and buy hotel rooms," Tyler said.

"We're willing. We've all made that choice, like, hey, this might cost us our life but it's the right thing to do."

"Ultimately we believe that God's just led us to do this, and that His promise isn't to keep us alive, it's to be with us."