'We Saw so Many Miracles': Survivors of Russia's Brutal Occupation of Kherson Grateful to God 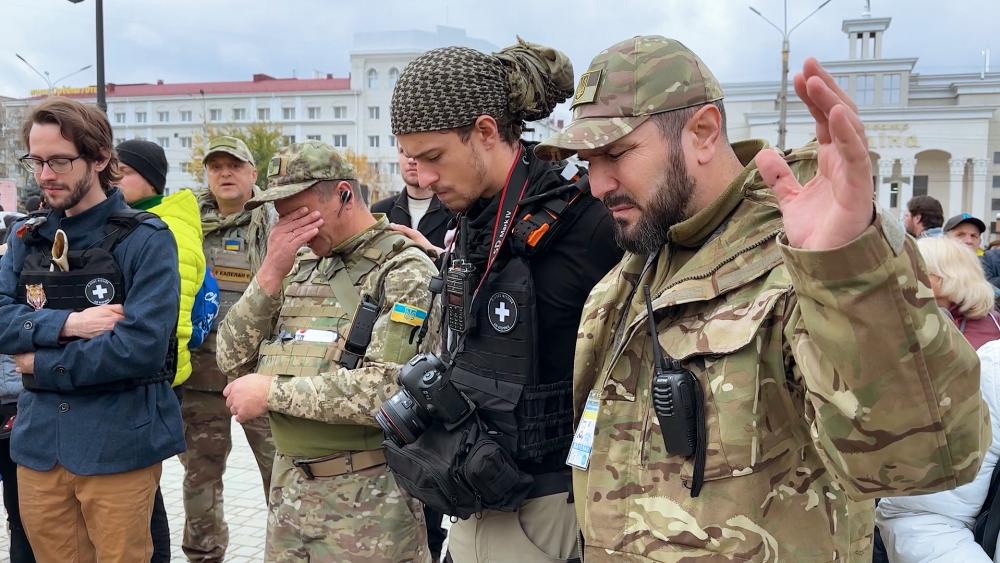 Survivors gather in prayer in Ukraine's southern city of Kherson (Photo: CBN News)
6315970958112
'We Saw so Many Miracles': Survivors of Russia's Brutal Occupation of Kherson Grateful to God

KHERSON, Ukraine - Signs of joy are beginning here to return to Ukraine's southern city of Kherson, recently liberated after more than seven months of devastating Russian occupation. But residents here are still suffering a lack of almost everything, and volunteers are mounting a huge effort to get supplies into the city. CBN News joined one of these critical missions.

The road into Kherson is littered with destroyed equipment. It tells the story of the heavy fighting Ukrainian forces had to endure to liberate the city. Mines remain a big danger that could take years to clear. Even so, people are already filtering back into their villages in this region.

Tsentralne resident Elena Skalskya told us, "Today is the happiest day of my life. I came back home to my dear village."

Although the Russians destroyed the city's infrastructure, locals cheered as we entered the city. Even with no heat, electricity, or running water, people here are celebrating because they finally have the one thing that matters most: Freedom.

Kherson resident Snezana and her husband, a pastor, were in the U.S. when they received word Russia had invaded Ukraine. "When the war started, we were devastated that our church is here and we are not here," she said.

Many people from this area have been away from relatives for six or seven months. Now that Kherson has been liberated, many people who had been stuck either inside or outside the city are having reunions that are beautiful to see.

Kherson resident Maria recalls what it was like living under Russian oppression. "If you say that you are for Ukraine, they will just kill you right there on the spot," she said. "They could just come without even asking and take away your car and leave, just like that."

These church members worked to help each other, despite the dangers.

"It was scary when I would drive, they could just stop you and kill you," one Ukrainian man explained. "If they don't like something, they would just kill you and there were a lot of cases like that."

Their only source of hope came from above.  "The Lord helped us. Only him. His hand was upon us," one resident told us.

"He is merciful. He's a good God. He was with us where we were. We saw so many miracles," another said.

Resident Maria said a reunion with an old friend brought her so much joy. "We are so happy. It's hard to express so much happiness.  We've been waiting for this so long. Every day like a year," she said.

One man described that poignant moment when locals greeted their returning Ukrainian forces. "We were one of the first who were waiting for our troops when they entered the city. We couldn't even believe what is happening. Such joy!"

Even though food is running out, and it could take weeks to get electricity and water, these Christians came together in Kherson's central square to pray over their city and thank God.

Snezana said, "I can't even express what I'm feeling. It's a happiness... and for me it's a mountain that was impossible to be moved but it was moved only by God." 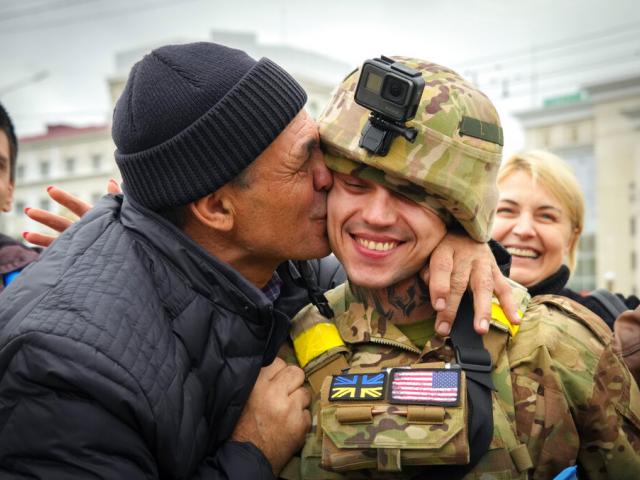 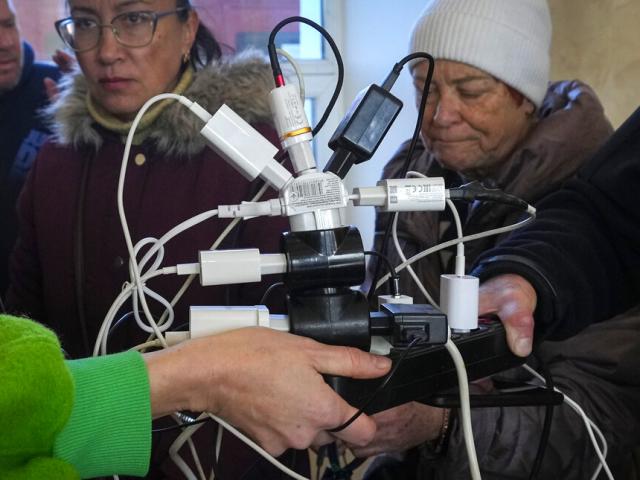 Who Will Turn Up the Heat – and Hope – in Ukraine this Winter?
CBN News Email Updates