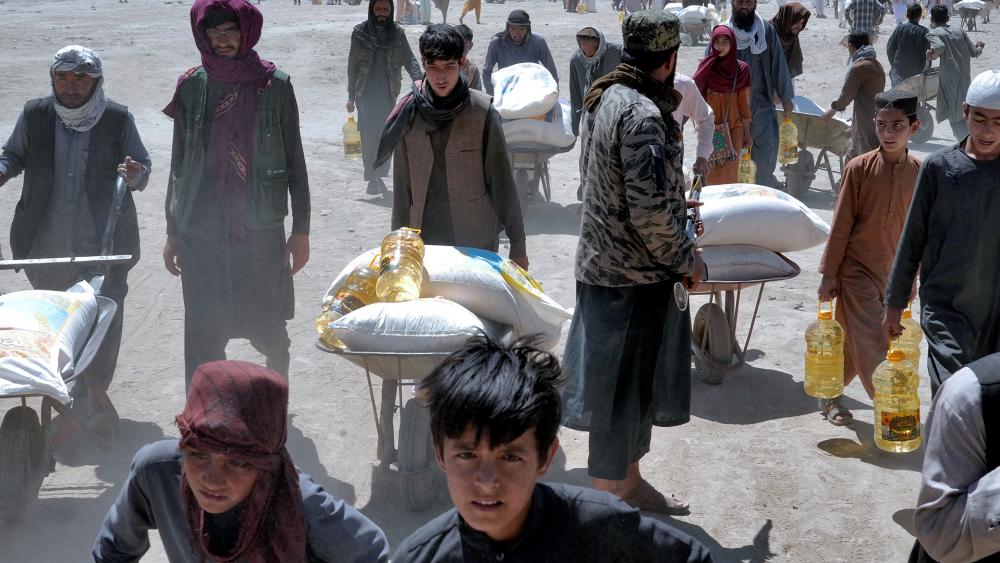 ABOVE: Watch CBN News International News Director & Sr. Intl. Correspondent Gary Lane's interview with humanitarian aid worker John Weaver. He said many Afghan Christians have remained in the country to be salt and light to the people. You can watch The Global Lane on the CBN Newschannel. Click here for a programming schedule.

One year after the U.S. pullout from Afghanistan, the situation inside the beleaguered nation is dire.

Todd Nettleton, the spokesman for The Voice of the Martyrs (VOM), a persecution watchdog serving Christians across the globe, told CBN’s Faithwire about the tragic conditions on the ground.

“There’s a lot of hardship in Afghanistan,” Nettleton said, explaining that the Taliban, who retook power one year ago, know little about governance. “The economy is in shambles. The Taliban are fighters; they’re not governors. And now, for the last year, they’ve had to be the governors.”

As a result, he said the entire country is suffering.

In addition to the general poverty and desperation, minority populations like Christians face even more pronounced disarray and heartache.

Despite the horrors anticipated under Taliban rule, many Christians stayed in Afghanistan.

Those who fled knew they would become Taliban targets. Still, other less-known Christians made a surprising decision: to remain behind.

“Afghan Christians who were less well known, many of them made the incredibly bold decision to stay in Afghanistan,” Nettleton said. “They knew also what the Taliban’s theology was, they knew also what would happen if they were outed as Christians, but their attitude was, ‘Listen, if all the Christians leave the country, who’s still going to be here to share the Gospel?'”

These believers have faced considerable challenges over the past year. Nettleton shared the story of one man who had to move his family three times in the first eight months of Taliban rule. Once people started to ask questions, the family found it safer to skip to another location for safety’s sake.

“I’m incredibly inspired by the courage of those brothers and sisters who made that decision,” he said.

While Christian persecution is nothing new in Afghanistan, it has reportedly intensified even further during Taliban rule. But Nettleton said persecution doesn’t only come at the hands of the Taliban.

“There’s always been persecution of Christians in Afghanistan. It’s not just the Taliban that will persecute you for following Christ,” he said. “It might be your father. It might be your older brother who says, ‘Listen, we are a Muslim family. By following Jesus, you have brought shame on our family. The only way we can get rid of that shame is either to get you to come back to Islam or to punish you severely.””

These familial and tribal issues are now tragically enlivened by a national government in Afghanistan once again overtly hostile toward believers. Despite these challenges, though, there’s some evidence Christianity could actually grow in Afghanistan during this season.

While noting “the persecution of Christians is continuing unabated,” Release International, a U.K.-based group monitoring Christian persecution, marked the first anniversary of the U.S. pullout by reporting, “there are early signs that the Christian faith could be growing among Afghans despite — or because — of violent persecution.” Read more about that here.

As CBN’s Faithwire has extensively reported, life under Taliban rule has been brutal, terrifying, and even deadly, especially for Christians persecuted for rejecting Islam. The examples of pain, poverty, and persecution are ceaseless.

An Afghan woman spoke earlier this year to persecution watchdog Open Doors USA under a pseudonym for fear of retribution, claiming the Taliban are going “door-to-door” in Afghanistan, snatching up young girls, and killing Christians “on the spot.”

In January, Afghanistan was designated the worst nation in the world for Christian persecution, according to Open Doors USA. The shocking development was the “biggest seismic shift” in decades, as North Korea, the reclusive and oppressive East Asian country, was bumped from the top spot it had occupied for 20 years.

“This year’s 2022 World Watch List, we think, is the biggest seismic shift in over 20 years because Afghanistan is now the No. 1 country on the World Watch List, supplanting North Korea,” Open Doors USA CEO David Curry told CBN’s Faithwire.

Read more about these issues here, and continue to pray for the Afghan people.