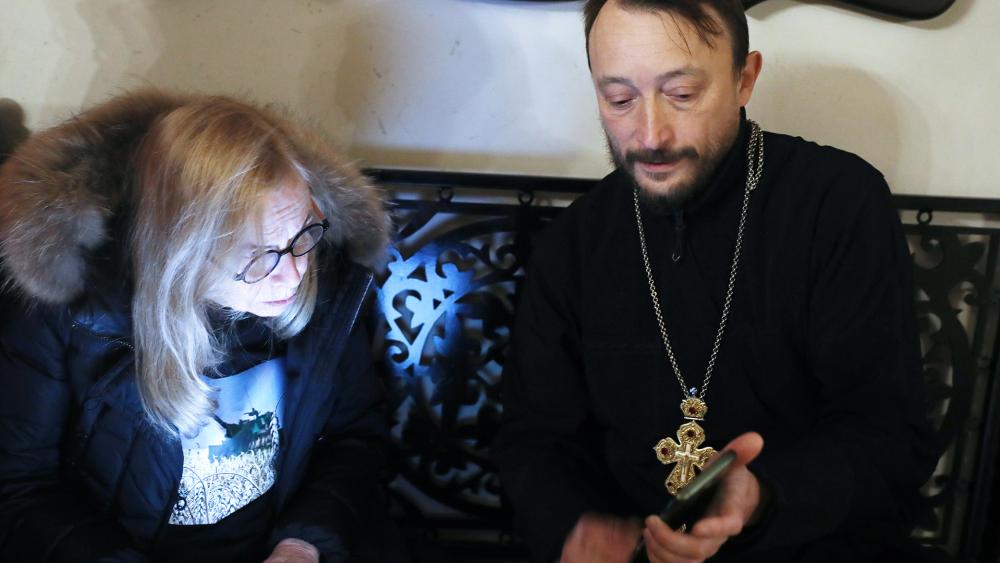 Father Andrew of St. Andrew’s Church in Bucha, Ukraine, owes his life to the fact that on February 27th, 2022, he wasn’t home. As a faith leader, he was one of the first people on the Russian invaders’ kill list.

When I visited Ukraine last December, we sat in his church, surrounded by beautiful, larger-than-life paintings of saints adorning the walls. Father Andrew wore his brown priestly cassock, and a four inch brass cross hung around his neck. He’s tall, slender, and his facial expression conveys deep sadness, but is periodically brightened with impressive strength. As we spoke about the immeasurable cruelty he and his town of Bucha have been through, Father Andrew underscored the power of faith to get them through these difficult times. Churches all over the world must come together and be united in support of Ukraine as they grapple with widespread violence and destruction at the hands of the Russian invaders. Father Andrew and the people of Ukraine need our thoughts and prayers at the moment when they are most vulnerable.

The cruelty Father Andrew’s town is facing can be difficult to comprehend. As he explained, “The invaders wanted to eliminate Ukrainian leaders who would be likely to lead resistance to the Russian takeover. The invaders murdered more than 400 people here – roughly every third person in the town.” He knew them all personally, and it is a miracle he wasn’t among them.

When the Russians first invaded Bucha, they had already drawn up their murder list. Along with faith leaders such as Father Andrew, the Russians also wanted the names of other influential townspeople who might organize a resistance to their invasion, in order to eliminate all threats.

To get the names of the local leaders, Father Andrew says that the invaders detained hundreds of random individuals in “filtration camps.” Filtration camps are designed to get information from people who don’t want to give it. To get people to talk, the Russians shot the individuals in the kneecaps to make them frantic with pain.

When that wasn’t enough to make an individual talk, an interrogator put a gun against the back of the victim’s skull and fired. Watching another man’s gruesome and cold-blooded murder beside them was meant to put maximum psychological pressure against those who were still alive.

Through this unimaginable horror, the invaders got what they wanted. They added names to their murder list and continued hunting people down to kill them. 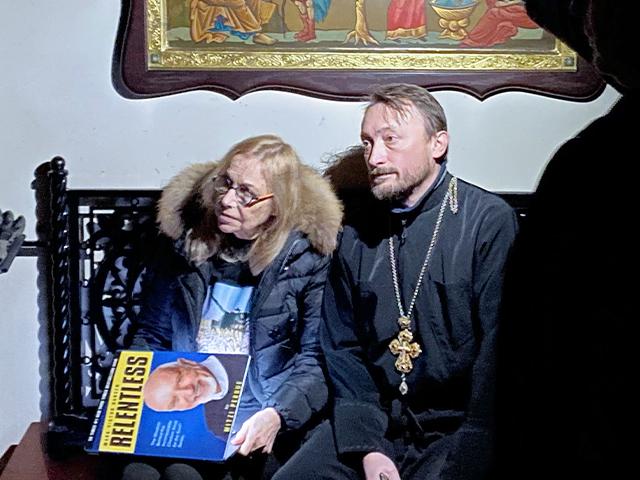 Father Andrew and his family only survived by escaping after a grueling ten days. Even though his life was at risk, he spent those days helping a local coroner dig trenches and bury the Bucha citizens that had either perished for their status or in the filtration camps.

Days after Ukrainian soldiers liberated Bucha, Father Andrew was among the first people to return. As he reentered his beloved town on April 2nd, he saw the mass graves held at least 116 martyrs. In the wake of all the death and destruction, Father Andrew continued to carry out his spiritual duties. Immediately, he began working with funeral companies and volunteers to exhume the bodies and give each martyr the respectful burial they deserved.

As Father Andrew recounted this to me in the basement of St. Andrew’s Church, every light in the church went out. Russian rockets had disabled another power station. Only the candlelit altars were illuminated as if drawing our eye to the saints they honored – yet again, underscoring the faith that Father Andrew clung to in the darkest of times.

This basement, six feet underground, was only a few hundred feet from a mass grave of almost 400 people. I felt the souls of every man, woman, and child gathered around us, as if asking us to bear witness and pray for them.

“We want justice,” were Father Andrew’s concluding words. “But we also need to remember those we have lost. Those who perished deserve it, and it’s up to the survivors – and the world – to keep them in our hearts.”

In the midst of intense darkness, there are brave souls like Father Andrew who remain much needed sources of light. As believers, we can pray for the vulnerable people of Ukraine and gather our churches in support of these leaders and the many valuable lives that have been lost along the way. Just like the candles at the altar keep a church alight, every ounce of hope pierces through the dark amidst the uncertainty of what’s to come.

Harvard graduate Mitzi Perdue is a writer, speaker, and author of the biography of Mark Victor Hansen, the Chicken Soup for the Soul co-author.