Skillet's John Cooper: 'We're a Christian Band; Rock and Roll is not About Sex and Drugs' 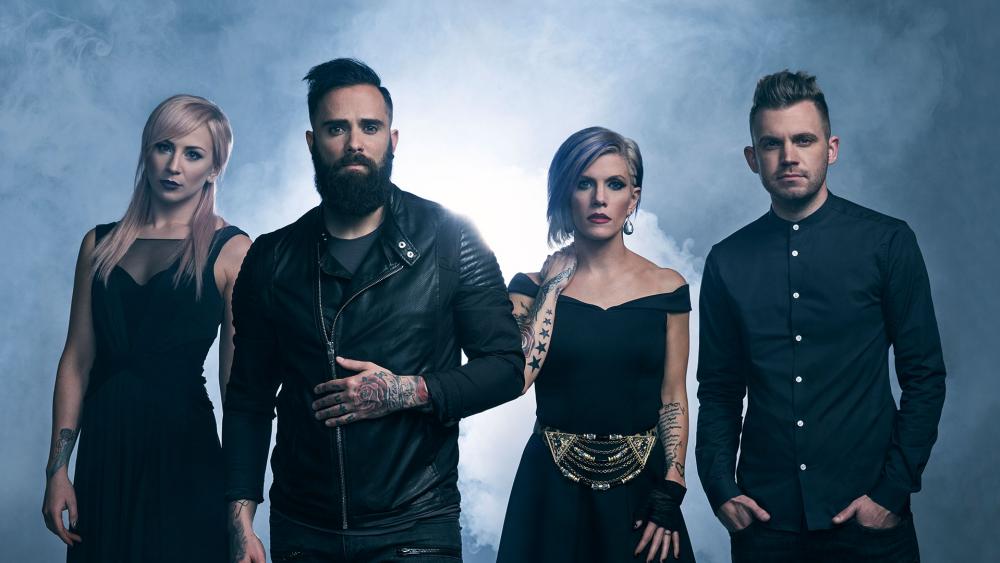 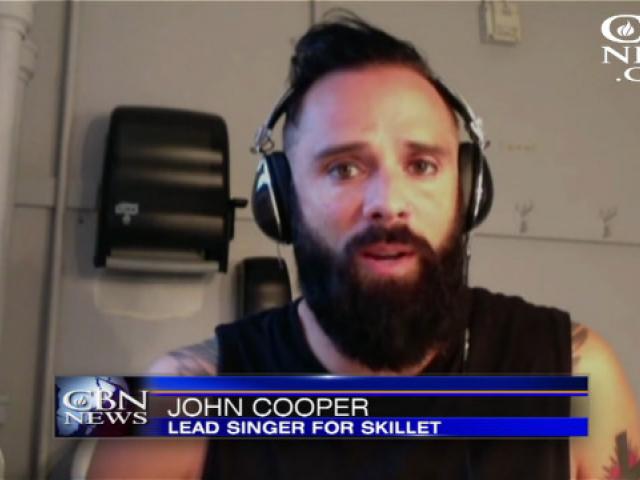 Skillet's John Cooper: 'We're a Christian Band; Rock and Roll is not About Sex and Drugs'

CBN News spoke with the lead singer of Skillet, John Cooper, about his faith and career. Watch the interview above.

"When you go into these mainstream, secular rock stations, it's all about sex, drugs, rock and roll," Cooper explained. "And they've got pictures up all over the place of terrible things, and let's just be honest, a lot of half-nude -- it's the celebration of sex, and the celebration of worldliness and debauchery."

Cooper says rock and roll is not about sex and drugs but about writing songs that reflect your passions and not caring what other people think.

"What I'm most passionate about in my life is Jesus," he shared. "So I write songs for all kinds of people. But it's always about Jesus. So I'm very proud of that. And as a part of my legacy, I pray to God that I never become embarrassed of that."

Cooper told CBN News that he also wants Skillet to be remembered as a band that inspired Christians to be bold in their faith, no matter where they find themselves in life, including those in the music industry.

"We desperately need some of these young Christian musicians to remember that it's about Jesus and about proclaiming Jesus and not be ashamed of him, so that's what I hope that my legacy is," he explained. Cooper believes God created music to be powerful, and the Lord uses the music of Skillet to accomplish his will.

"Every time I take the stage, I believe God is using me as a warrior," he said. "We always do like sports teams do before they go -- they have a chant; they do their chant. Skillet's chant is always... that we are going into battle, that God is going to use us."

"So that's basically what I'm getting at is that my everyday life, my passion for Jesus is that... he's in my marriage; he's in the way I raise my kids; he's in when I fight with my wife; he's in the music that I create," Cooper continued. "He's in every moment that I go on stage 'cause everytime you're on stage is a moment for God to use that music."

Skillet's lead singer told CBN News that God has opened doors for the band to minister to cutters and those who battle suicidal thoughts and mental health struggles. Cutters are people who cut their own flesh in response to emotional pain and suffering.

Cooper says Skillet's song, "The Last Night," is about cutting and a girl who wants to kill herself, and how God reaches out to her and saves her.

"I shared that storyline, and after the concert -- this guy must have been 6'3", and dreadlocks, and he had piercings all up and down his nose," Cooper told CBN News. "Probably the scariest looking guy I've ever seen in my life."

"Then he kept staring at me in this autograph line, and I thought he wanted to beat me up," he continued. "Honest, I thought this guy wants to hit me. Maybe he's demon-possessed. And I was ready for him to punch me."

"And instead, he just said, 'That song touched me; I don't even know who your band is. I came here to see Flyleaf,' who we were opening for, and he said, 'I don't really know... everybody hates me, and I hate myself. What can I do?'" Cooper shared.

"And I just said, 'Is it okay if I pray for you?' And he said, 'I don't know. Nobody's ever prayed for me my whole life. What does that look like?'" Cooper continued. "And I couldn't believe it, so I said, 'Why don't I pray for you?'"

"And I started praying for him, and this 6'3" guy -- the scariest looking guy I've ever seen in my life -- puts his big, huge hand on my shoulder and is weeping in the middle of a club, and in the middle of all these bikers," Cooper said. "And it was truly amazing to see what the Holy Spirit can do. So yes, I've had hundreds of interactions like that."

Cooper's band is no stranger to the mainstream rock music industry. In fact, Skillet is the first Christian music act to top the Mainstream Rock Songs chart.

"I'm not a prideful person in any way; we've made a lot of mistakes, and God is going to keep teaching me I hope and help me do better," Cooper told CBN News.

"What I am most proud about is the fact that Skillet, I think, has done something that is fairly unprecedented in that we have been on some of the biggest rock tours in the world -- opened for the biggest rock bands of all time, some of them -- Iron Maiden, Black Sabbath, Slipknot -- that list can go on and on and on -- Ozzy Osbourne -- and the fact that Skillet has never once been ashamed of the Gospel, never once been embarrassed in an interview," he said.