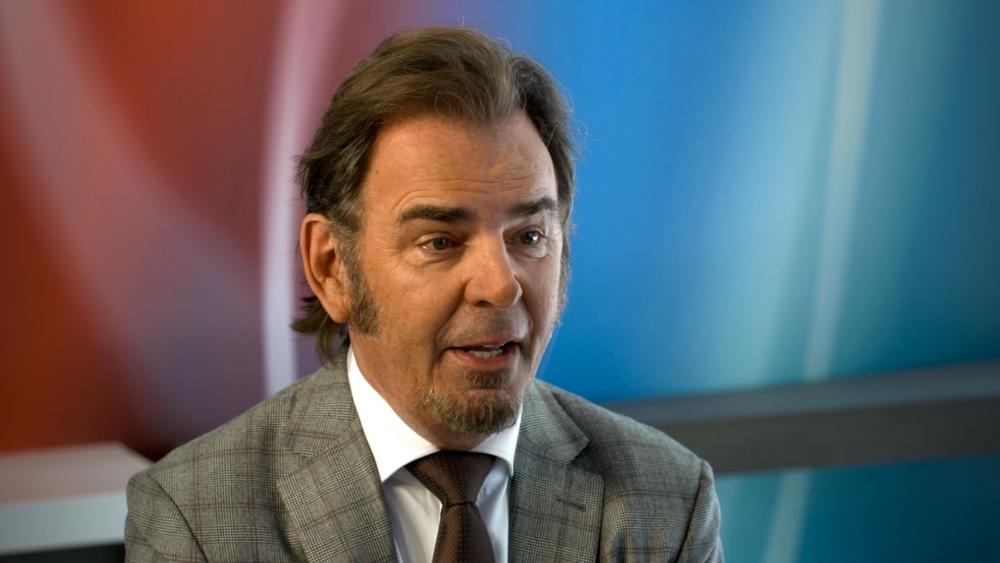 For close to 40 years, rock star Jonathan Cain has toured the world and entertained millions as a member of the band Journey.

Yet, with all of that success Cain says something was missing -- something he'd lost long ago.

"My father was a very spiritual man who taught me how to pray at a very young age. So I took Jesus into my heart," recalled Cain.

"He put me in Catholic school. There was a beautiful church and a school right next door," he continued.

Although he felt from the start that God would be part of his journey, something happened that shook Cain's faith to the core.

"On December 1, 1958, there was a terrible fire and 100 children died and three nuns. Here I am only 8 years old and I am standing there watching it helplessly, praying that might Jesus save the day," said Cain.

"We had no counseling and we were told not to talk about it. It sort of pushed me away," Cain admitted.

Suddenly, the man who would write hits like "Don't Stop Believing" did just that.

It was his dad who helped put him on a new path.

"Long story: My father covered me. He put me into music and said, 'Music is going to be your journey now. I'm going to shift you,'" Cain said of his father.

Cain fully embraced his dad's vision, spending the next several decades honing his craft. After playing with several bands, an opportunity came that would forever change his career.

Despite those highs, he was still searching. Cain recalls a day in 1996 when he was in the studio with Journey front man Steve Perry. As the two worked on the album, "Trial by Fire," Perry brought a Bible into the studio.

That's when Cain realized he wanted a relationship with God too. He eventually found his way back in a most unusual place.

"Fast forward to meeting Paula on Southwest Airlines and I asked her the question," he said.

"We were sitting across from each other. That's how we met actually," Cain explained. "She told me she was a pastor and I didn't believe her. I hadn't been in that world."

That pastor was Paula White, who encouraged Cain to reclaim what he had lost.  A couple years later, this led to another relationship, with Paula later becoming his wife.

Cain says their marriage has taken him to places he never thought he would go.

He also believes their time together led him to sing a different tune and release a new album titled "What God Wants to Hear."

"The songs started coming and the lyrics, lyrics upon lyric, upon lyric, and I said I have never had these lyrics downloaded like this. It was almost like He was my lyricist," Cain said.

"I was like, 'Ok, I get it.' So I started writing and writing and when I looked up there were 14 songs that God had given me," he marveled. "And I said to Paula, 'I want to sing what God wants to hear.'"

Cain says this new album has an old school vibe.

"Sometimes I listen to praise music and I don't know if they're singing to their lover or the Lord. People compare it Michael W. Smith. I'll take that," Cain said with a smile.

He still tours with Journey and also spends time singing and worshiping in congregations across the country.

While he often recalls that fateful day in 1958, Cain can now look back on it with hope.

"Realize that the Lord had saved me that day for such a time as that, so that I could find the greatness in music," Cain declared.

He says he now sees what his dad saw long ago -- that even tragedy can be another leg in life's journey to Christ.