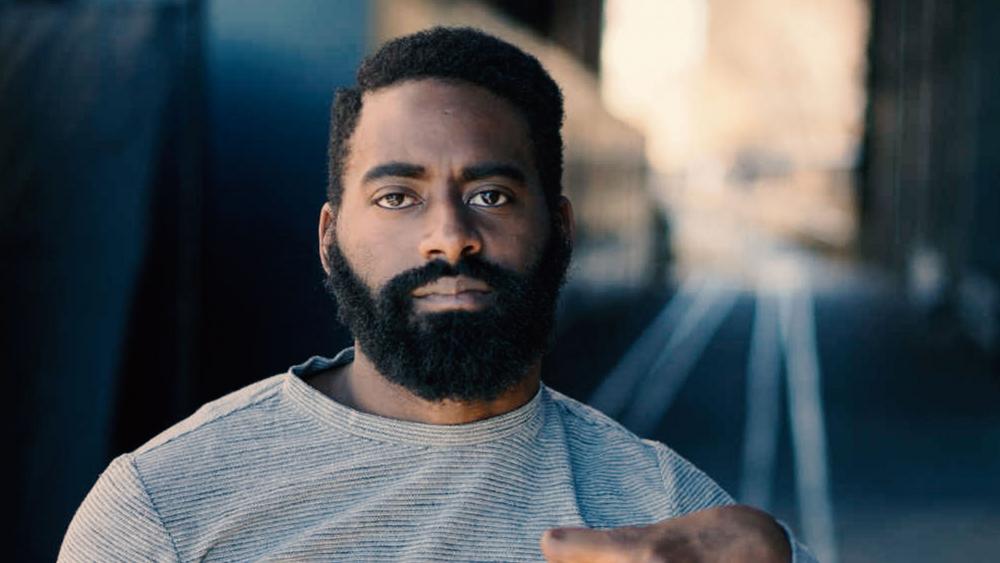 From a very young age, Jerron Herman had dreams of making it big in the cutthroat world of performing arts. Though he grew up in a small town in northern California, the self-described “theater geek” always knew he’d end up in New York City.

Herman was born with cerebral palsy, which by most people’s estimates would prevent him from fulfilling his ambitious goals. But in a recent interview with Faithwire, the now-professional dancer and choreographer shared how his Christian faith has enabled him to achieve the impossible.

Herman, 26, initially came to New York with the goal of becoming a professional writer.

It wasn’t until midway through college that Herman first considered a career in dancing.

“I don’t think I ever really decided [that I wanted to be a dancer],” he told Faithwire. “It was really a series of invitations that led to a career.”

The first invitation came from choreographer Sean Curran, who runs his own dance company in the city. Herman met Curran while working as an apprentice at New Victory Theater during the summer after his sophomore year at The King’s College.

When he saw that Curran was running a dance workshop by himself, Herman volunteered to be his assistant. But Curran didn’t need an assistant — he needed more dancers. So Herman joined the workshop, where his love for this new art form grew.

While still completing his undergraduate degree, Herman auditioned to join the Heidi Latsky Dance Company, where he currently works as a full-time dancer.

Herman’s Christian faith has played a major role in shaping his professional and creative pursuits. It’s also provided a unique framework that has enabled him to view his cerebral palsy as one of his greatest strengths.

“I grew up in a Christian home where I was often told that God is the author of palsy — that it’s intentional, and it’s part of your life,” he told Faithwire. “So it was never couched in the context of ‘lack.’ My disability was not a defect — it was an asset.”

“And as I continue to grow in my faith,” he continued, “I’m more and more in tune to the idea that the disability is my statement … it’s what connects me to different people and different populations. And it’s probably the biggest tool I have to … preach the Gospel, but also to advocate for God’s love and what He has in store for everyone.”

Herman was brought up on the biblical principle that all things work together for good for those who love God and are called according to His purposes (Rom. 8:28). So when it came to his cerebral palsy, there was no question that God would use that for His glory.

Herman noted that his cerebral palsy is very much a “lived experience,” accompanied by frequent aches and pains and muscle spasms. But to him, it’s worth what he calls “the unseen residual effect” of having a special platform to connect with others.

He explained that, because his work as a dancer “depends on a presumable defect” (cerebral palsy), “it’s always seen as … extraordinary.”

“People don’t know to expect excellence from ordinary things, or things that are usually seen as ‘less than,’” he said.

Heidi Latsky Dance Company is one of the top international companies that integrate people with disabilities. Since joining the company in 2011, Herman has been able to shine. He recently choreographed his first solo performance, “Phys. Ed,” which he performed himself three times in one month, at three major performing arts centers in the city. This summer, he will tour with HLD, performing at various venues in Manhattan, including the Highline, the Whitney, and Lincoln Center. In June, the company will travel to Greece.

Earlier this month, Great Big Story featured Herman and HLD in a video. In just a few weeks, the two-minute clip has amassed more than two million views:

With his unique platform, Herman said that one of his biggest goals is to help change the “superficial” way in which Christians in his industry are perceived. As a writer and a choreographer, this means striving for excellence and “telling stories of humanity” that convey universal truths.

“In the art world … people can understand oppression, social justice — you know, the themes that are really bubbling up in our society,” he explained. “But this misses the crucial part of the puzzle, which is, don’t be angry for anger’s sake. Don’t just try to dismantle — create.”

He believes that only the Christian faith provides the fullness of truth that gives people’s emotions and frustrations real purpose while also offering hope — a vision of how things could get better.

“There’s something missing in people’s creative lives,” he said. “What I’m seeing … it looks a lot like a pity party. And I’d like to create work that generates and reflects, but also pushes forward.”

Whether dancing or simply having a conversation, Herman’s passion for life is contagious. Despite the obstacles he’s faced to get to where he is now, he knows from experience that God’s faithfulness is constant.

“Believe and trust God. That’s been the emblem of my life,” he told Faithwire. “I know that people go through things, and there are real fears, real barriers. But also there’s a real God, who cares for your life, who cares for your heart and the things that you want to accomplish. And it’s not like He’s a genie … but He partners with you for His purpose, and that ends up becoming the roadmap that you’ve always needed to live a fulfilled life.”

— Why Was Mr. Rogers Trending in the Aftermath of the Tragic Manchester Bombing?