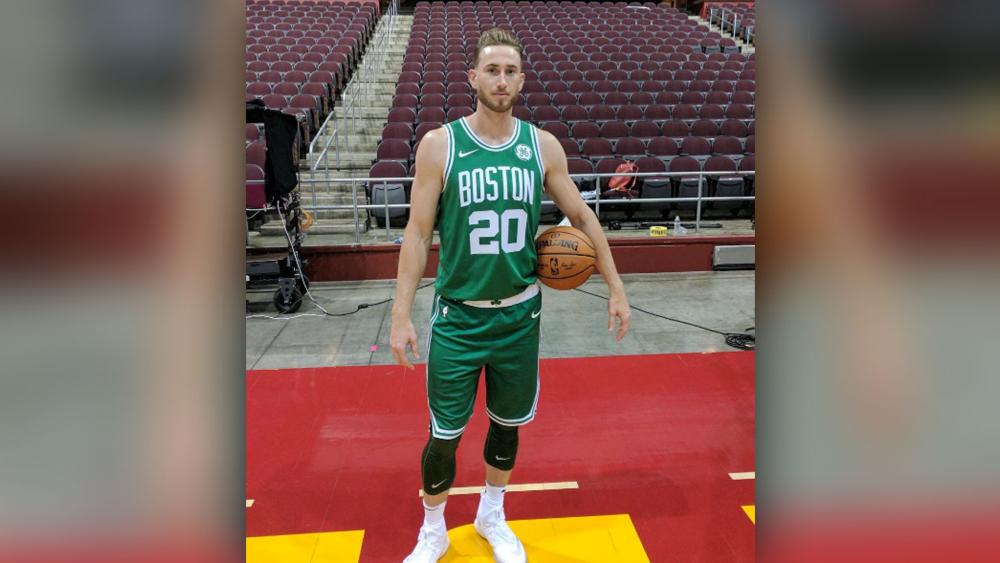 New Boston Celtics star Gordon Hayward may be out for the season after suffering a gruesome injury in his first game with the team, but his family is trusting in God throughout his ordeal.

Teammates watched in horror, some pausing to pray after his ankle was mangled, dislocated when his tibia was fractured during the game Tuesday night, his ankle completely twisted around.

Hayward had just joined the Celtics under a four-year, $128-million contract after playing with the Utah Jazz for years.

Since the traumatic injury, this strong Christian has been surrounded with prayers and support from his family and fans.

His wife Robyn is at the top of that list, posting on Instagram, "Thanks for all the prayers for Gordon and our family... This is an obstacle that he's more than ready to over come. Keep praying for him though he needs some lovin!"

She posted that with an image that says:  "When everything seems like it's falling apart that's when God is putting things together just the way he wants it."

I truly believe this! Thanks for all the prayers for Gordon and our family. It sucks, but this is what happens and you move on to the next step. Gordon is so tough and is the hardest worker, so I know he will come back stronger. He's wired differently. Gordons a true competitor and will take this and use it as fuel to be that much better. This is an obstacle that he's more than ready to over come. Keep praying for him though he needs some lovin!

Seven years ago, CBN Sports Reporter Shawn Brown interviewed Hayward after his college team Butler lost the NCAA Championship to Duke. Hayward's solid faith in God was clear even in that moment of loss.

"It's not like it's the end of the world. That's the biggest thing. God's blessed us this whole season, so it's great to have Him to lean back on and realize that the sun's going to come up tomorrow and we'll move on. But it is obviously tough right now."

Meanwhile, his father posted to Twitter that surgery to repair Gordon's serious injury was a success, including a #PTL hastag - "Praise the Lord."

Gordon Scott Hayward, Sr., also posted a number of other faith-filled tweets, even telling the Indy Star, "God will take care of this. It's a detour on his journey. We have faith that God's got this."

"For I can do everything through Christ, who gives me strength."
Philippians 4:13 NLT

Thanks to everyone for all the messages, prayers & love. We know that Gordon will be fine & God has big plans for him! #Godisgoodallthetime

Two years ago in an interview with the Baptist Messenger, Hayward said that for him, basketball is all about honoring God.

"I am playing for the glory of God," Hayward said. "It makes life easier. It takes a lot of pressure off of you. My inspiration first and foremost always has to be God. I play every game for Him and after that my inspiration is my family."