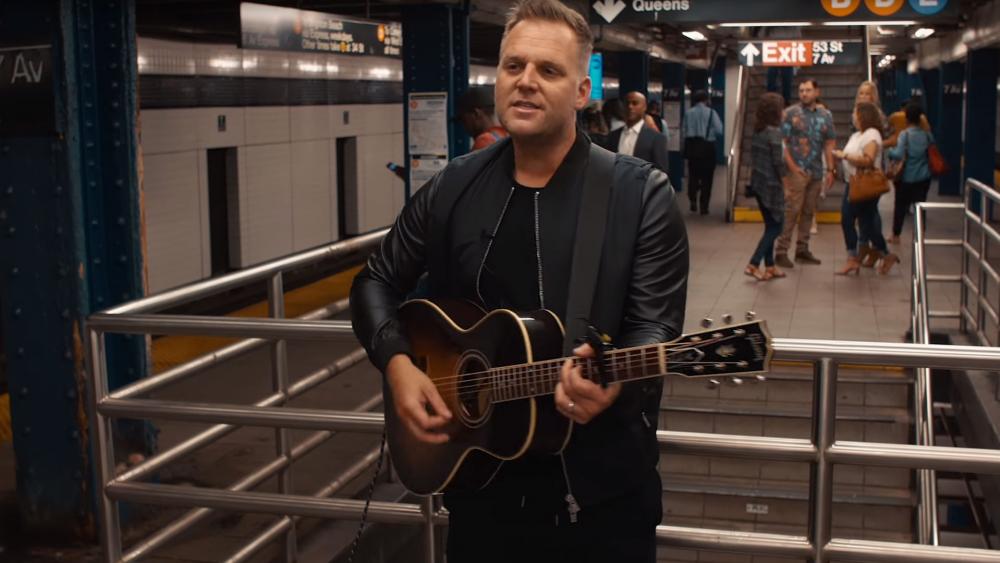 Recording artists often create elaborate music videos to showcase their new music and to catch the eyes and ears of new fans. That involves hiring an art director to design a theme for the massive project. Katy Perry's Dark Horse video with its ancient Egyptian setting is a good example.

Matthew West is not relying on video magic. The contemporary Christian singer-songwriter performs his new song Something Greater in the middle of a real stop on the New York City Subway.  As West sings, trains arrive and depart. People board and exit train cars in the background. Many stop to listen, while others continue going about their business.

Something Greater is one of 14 songs on West's new album "All In."

West, 40, is best known for his songs "More," "You Are Everything," and "The Motions."  He was nominated for five Dove Awards in 2005, two of which were for his major label debut album titled "Happy."

West's currently on tour until August 2018.  You can find out if he's coming to a city near you at his website: matthewwest.com.