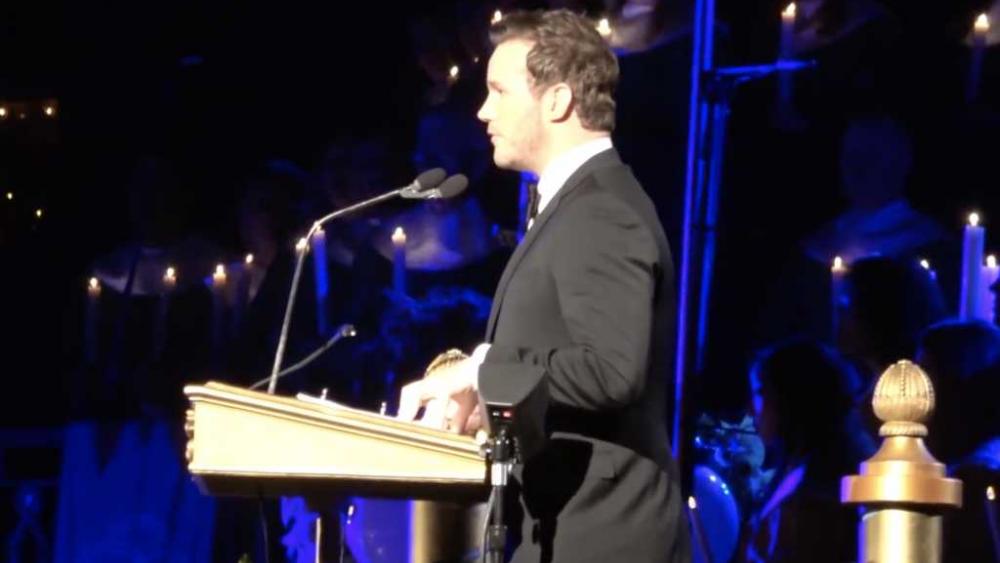 "About 2,000 years ago, God sent an angel named Gabriel to a city in Galilee named Nazareth to a virgin who was betrothed to a man named Joseph of the house of David," Pratt declared. "That virgin's name was Mary."

Pratt read from the Gospel of Luke, "The angel said to her, 'Rejoice, highly favored one, the Lord is with you. Blessed are you among women.'"

"That angel said to her, 'Mary do not be afraid, you have found favor with God,'" he continued. And though Pratt stumbled on a few lines leading to a humorous moment, he delivered the angel's truth saying, "'You will conceive in your womb and bring forth a son, and you shall call this son Jesus.'"

Pratt ended the night with a personal Christmas message of his own. He said being a father has taught him a lot more about God's love.

"Each and every one of us a precious creation, and He just marvels in the ways that we can try to please Him," he said.

"And through this holiday spirit may we continue to spread peace and goodwill throughout the world. Thank you, and Merry Christmas!"

Pratt has been very public about his Christian faith, especially over this past year. Check out his mini-sermon to teens at the MTV Awards, where he told them, "God Is Real, Believe That." 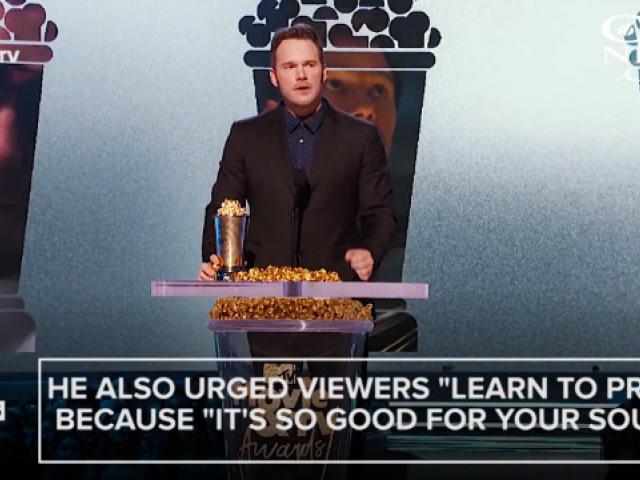